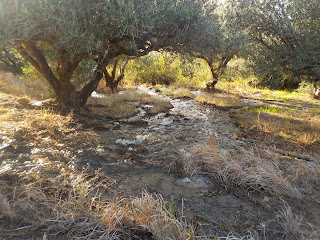 However, the sun has managed to break out this morning so let us walk along by the normally dry river beds and see and hear them gushing with exuberance. Alongside the Poppy Anemones, Mandrakes and Friar's Cowls that we saw in Toplou Gorge earlier this month the Broad-leaved Anemones, (Anemone hortensis) and Salad Rocket (Eruca sativa) have also started to come into flower. Not that I'm into making salads in this weather, it's more a time for hot soups – but more of that in Fieldcraft and Foraging. I see that we also have this delightful little Crocus-leaved Romulea (Romulea bulbocodium) down here by the side of the track. Named after Romulus, the legendary founder of Rome due to its preponderance in the Roman countryside apparently.

Insects have been a bit scarce but the beetles are starting to make an appearance including a January favourite, The Green Tiger Beetle (Cicindela campestris ssp. suffriana). Photographing them when they are on the move is somewhat difficult as they can zoom along at over 20kph so it's best to catch them when they are otherwise, ahem, preoccupied. I think we'll leave them to it.

Birds too have been a bit thin on the ground (and in the air for that matter) but I see that we are being accompanied by our old friends Huginn and Muninn, the Ravens from the nearby elevation of the 40 Saints. The other birds to look out for at this time of year are the Wagtails. As yet I've only seen the White Wagtails (Motacilla alba) but the Yellows, Greys and others will doubtless soon fly in during the next month or two.

I'll tell you what, there's a lot of fallen leaves about, beginning to rot down in the wet. You grab a handful while I try to find a resealable bag. We'll take them back to the lab later and see who's living down there. 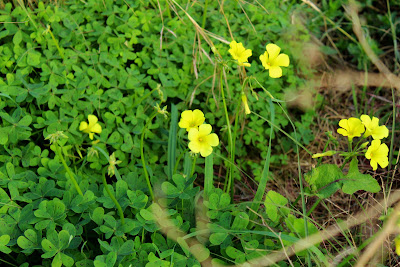 Now, you can't have helped but notice this little yellow flower, Wood Sorrel (Oxalis pes-caprae). Along with other Sorrels in the genus Oxalis it has been eaten around the world for millennia. It has a slightly lemony taste and the leaves are quite thirst quenching on a hot day. There have been concerns over its toxicity as it contains oxalic acid (but so too does broccoli, grapefruit and spinach) and the risks to people with normal kidney function are virtually non-existent. Personally, I like to use it is a garnish on soups, salads and that old 1970's favourite; the prawn cocktail. Which gives me a chance to introduce another new section: Steve's Wild Kitchen where I'll be posting original recipes using the food that we forage on our little walks. Enjoy. 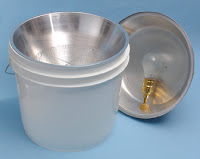 Somewhere in my bag I should have that leaf litter sample that you collected earlier. The proper way to extract creepy crawlies from leaf litter is by using a Berlese Funnel (available from Watkins & Doncaster for about £170 pounds including VAT).

If, like me, your budget doesn't quite run to that at the moment you can knock up your own for under a quid until you've saved up enough for the real thing. 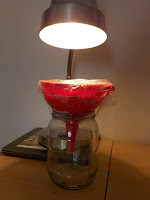 Put a 60p funnel from your local market into an old jam jar, stuff a bit of old mosquito netting over the spout, cover the top with clingfilm and stick it under an angle poise lamp. (For the solar powered model put it outside in the sun with a sheet of glass on top).

We'll also need something to catch the critters when they fall through (which they will as they don't like the heat) and the professionals use industrial ethyl alcohol. Personally I use raki (the local moonshine) which has exactly the same effect but the insects die happier.

Right, we'll leave that for a day or two and then come back and see what we've got... 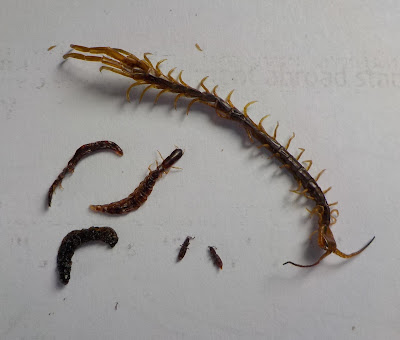 which is; a centipede, a couple of snakefly larvae (which are no more flies than butterflies are), another larva of indeterminate origin and a pair of very small beetles. A varied little haul.

And if you haven't had enough of me waffling on yet, and it's still raining outside, you can always snuggle down in the warm with an earlier series of #CreteNature using the catch-up links below.

And if you still haven't had enough... 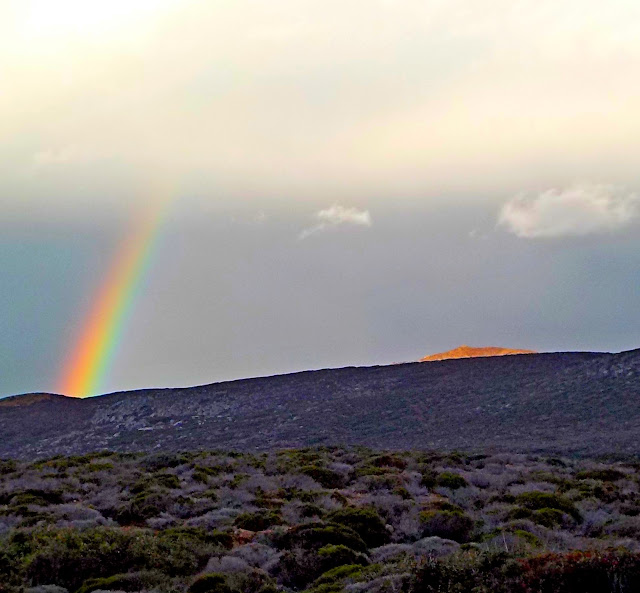 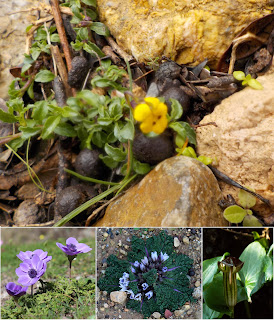 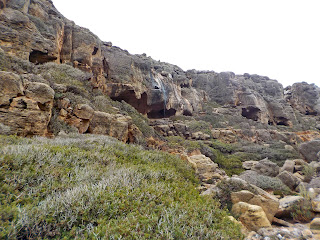 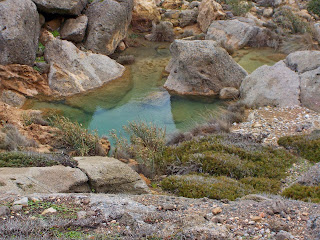 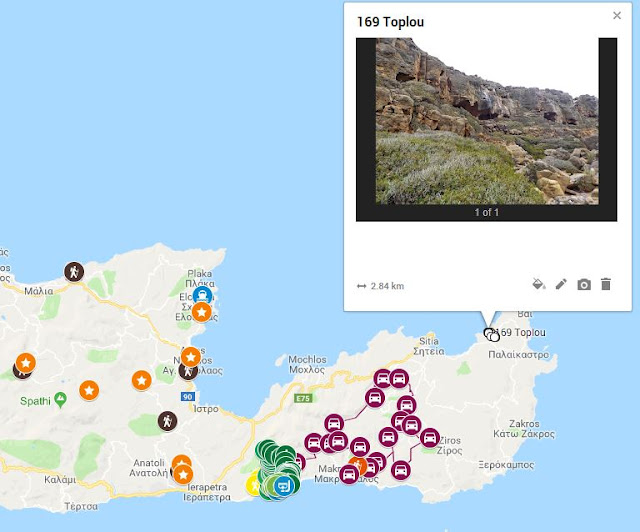 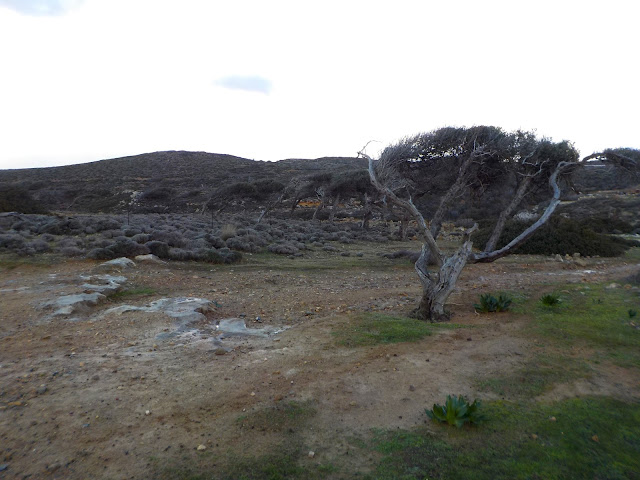 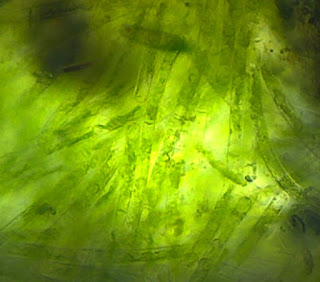