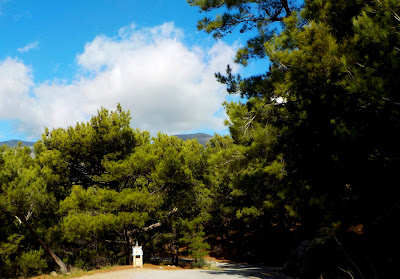 Last week we were at Pefki, the village of the pines where, somewhat surprisingly, there weren't many pine trees to be seen. There is however quite a magnificent pine forest a little to the west, just past the village of Agios Stefanos which brings us round full circle on our upland village tour of east Crete. Agios Stefanos, or Saint Stephen would have been my personal saint, had I been born here in Crete but I must confess that I had to look him up because apart from the fact that Good King Wenceslas had a predilection for musing out of his bedroom window on said saint's feast day I knew nothing about him. Turns out he was a clever fellow who managed to prove, by theological argument, that Jesus upheld the precepts of Judaism better than the Jewish elders did. Clever, but not wise, seeing as he was on trial for blasphemy by those same Jewish elders at the time. They sentenced him to be stoned to death. Incidentally this gave us two important precepts which still hold true today: one, never conduct your own defense and two, nobody like a smart-ass. 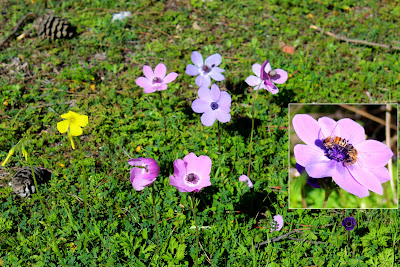 But I digress. Apart from exploring the pine wood itself I noticed a beautiful glade when I passed by the other day, absolutely carpeted with wood sorrel, windflowers, and other small anemones which looks a delightful place to start. Here we are and I see that the honey bees are queueing up for nectar. We've talked about pollination before of course but while we're surrounded by pine trees and looking at flowers it makes you wonder how we got from one to the other. If you look at the centre of the windflower (just move the bees out of the way a second) you can see the female organ, the carpel, surrounded by the male organs, the stamens. Pine trees have carpels and stamens too but the key point is that they are separate. There are female cones that you see all the time and male cones that appear (here in Crete) in the spring (see Evolution: Top to Bottom for pictures). Somewhere between 130 and 160 million years ago a particularly enterprising pine flicked a genetic switch, combined the male and female parts into one structure and the world of flowering plants was born. Since then flowers have done a lot of experimenting with some going back to having separate male and female flowers on one plant, some producing different male and female plants and various shades of sexuality in between. 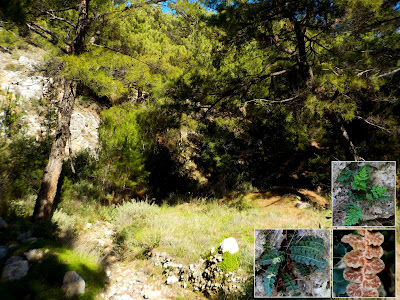 So that's the flowering plants but where did the pine trees come from? We've got a little shady gully feeding the glade and I think that the answer may lie up there. Come and meet the ancestors. In here amongst the shady rocks we have a few ferns. These first appear in the fossil record some 360 million years ago which is a heck of a long time just sitting about being a fern. Ferns reproduce by means of spores which you can see on the underside of the leaves, male and female, which require external moisture to get together. The breakthrough came with wrapping the spores in a protective coating and providing them with internal moisture and this was the origin of the seed. How long this mutation had been going on in various individuals is anybody's guess because as long as ferns had a moist environment seeds weren't needed. But around 300 million years ago when the Earth's land masses were having one of their little huddles called Pangaea there were a lot of arid bits where spores couldn't germinate but seeds could and the seed plants came into their own. 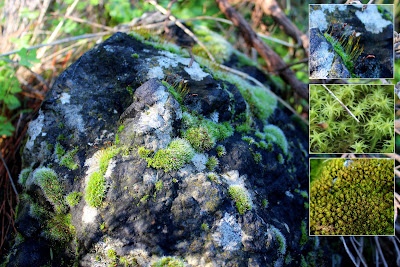 Where did ferns come from? Come and meet the bryophytes; mosses like these, along with similar looking hornworts and liverworts. The most obvious difference between these and the ferns is their size. Mosses are perfect little plants but their size is restricted because they lack the internal vessels needed to transport water. This was another little genetic tweak that proved useful some 440 million years ago due to falling levels of carbon dioxide in the atmosphere. Plants need CO2 to photosynthesise but when you let it in, you let water out and there's the nub of the problem. When CO2 levels are low you have to keep your pores open longer. You either grow low and close to the water or you develop a way of moving the water. The bryophytes that solved the problem developed into the ferns. 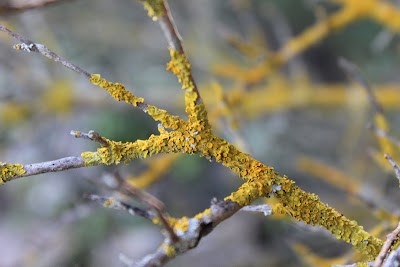 Now if we had some water in this gully we might have found some Chara as we did in the Dew Ponds of Katharo. Chara is a green algae and it is from these that the early bryophytes evolved. Some of the green algae went on to become bryophytes, some stayed as green algae and others went a completely different route and set up a symbiotic relationship with fungi creating a whole new group of organisms called lichens such as this sunburst lichen, Xanthoria parietina, which is a combination of a fungus and a green algae called Trebouxia.


So with that little round-up of how algae became bryophytes, became ferns, became pines, became flowers, we end our tour of the upland villages of East Crete. From here, if you own a rugged vehicle you can continue along the rough road back to Stavrochori or return to Agios Stefanos and turn right in the village to get back to the coast road at Makry Gialos. 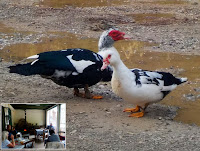 Personally I think we'll opt for the latter option and pop into Dasakis, a lovely little taverna (now open all year) at the entrance to Butterfly Gorge. We can spend a pleasant hour chatting around the wood stove whilst admiring a pair of Muscovy Ducks in the car park. 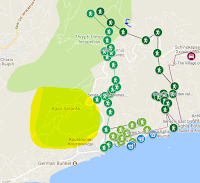 Next week we'll be starting a whole new walking tour in the hills above Koutsounari. This is new territory for me so we'll be exploring it together and who knows what we'll find up there.

Many of you have asked me what photographic equipment I use so for details of aperture settings, shutter speeds etc. my pictures will be on Flickr within a few days and that has all the geeky stuff. Pictures were edited with FastStone Image Viewer and combined with Microsoft Paint.