The Crete Nature Blog doesn’t often concern itself with domestic livestock but this week I fancy writing about something different to flowers, fish and froghoppers. Sitting here, listening to the Rolling Stones’ Goats Head Soup album reminds me of the one and only time I have tasted this particular delicacy. Christina and I were in a restaurant in Sitia, in the north east of Crete, with friends Yvonne and Alan, when we all spotted it on the menu of the small and very ethnic restaurant into which we’d descended. In the interests of culinary research, I decided to give it a go, (the others, cowards all, declined). It arrived, looking not unlike the album cover sans skin and horns, in a pale grey liquid, in which were floating the occasional limp slices of onion (or possibly hoof shavings). We all eyed the goat, dubiously. The goat eyed me, accusingly. The soup was disappointingly bland, tasting as if it had been boiled to death in yesterday’s dish water (which it quite possibly had been). Luckily, it did not put me off goat for life and so, as goat does not appear on the menu much in more northerly latitudes, I’m going to do my bit to promote the goat.


So, let’s start with a few goaty facts:

OK, so that last comment is a particular bête noire  of mine. When asked if I have kids, I invariably reply that I have no room outside to house them, nor do I generate sufficient kitchen scraps to feed them. (I have probably lost quite a few potential friends as a result). 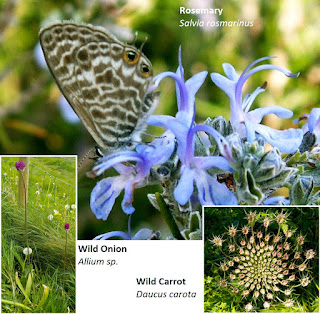 Time for a bit of  Fieldcraft & Foraging. The experience with the goat’s head soup didn’t put me off, and I fancy a goat rib casserole tonight. For which we will need nothing more than a carrot, an onion, a bit of salt & pepper and two large sprigs of Rosemary. There are some things, like Rosemary, which are good to forage, and some things, like onions and carrots, which are not. Wild onions look like many other bulbous plants, some of which are extremely poisonous, and wild carrots look like many other umbilifers, some of which are also poisonous. Even if you do finish up with the correct bulb and root, you will find that they are somewhat scrawny, and come to realise that our forebears haven’t spent the preceding millennia improving them just for the fun of it.

Having got the ingredients together, it’s just a question of cooking them and you can find the recipe in Steve’s Wild Kitchen. You could do the same with lamb chops but here are a few good reasons why you should go for the goat (particularly if you have a heart condition or you are trying to lose a few of those lockdown pounds). 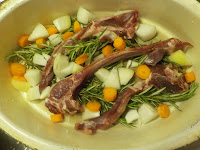 Slow cooked in a casserole, the meat falls off the bone, is extremely tender, and tastes every bit as good as lamb.

That’s about it for now. I’m one week nearer to moving to Cumbria and using the time to re-decorate the master bedroom and working on the sequel to my first full length novel, The MONOM (The Magic of Nature of Magic) which, all being well, will be published in the autumn. Just a final plea to my regular butcher in Cockermouth, W. Lindsay & Sons,If you haven’t already done so: Get In The Goat! 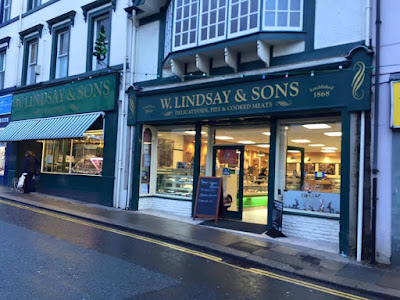