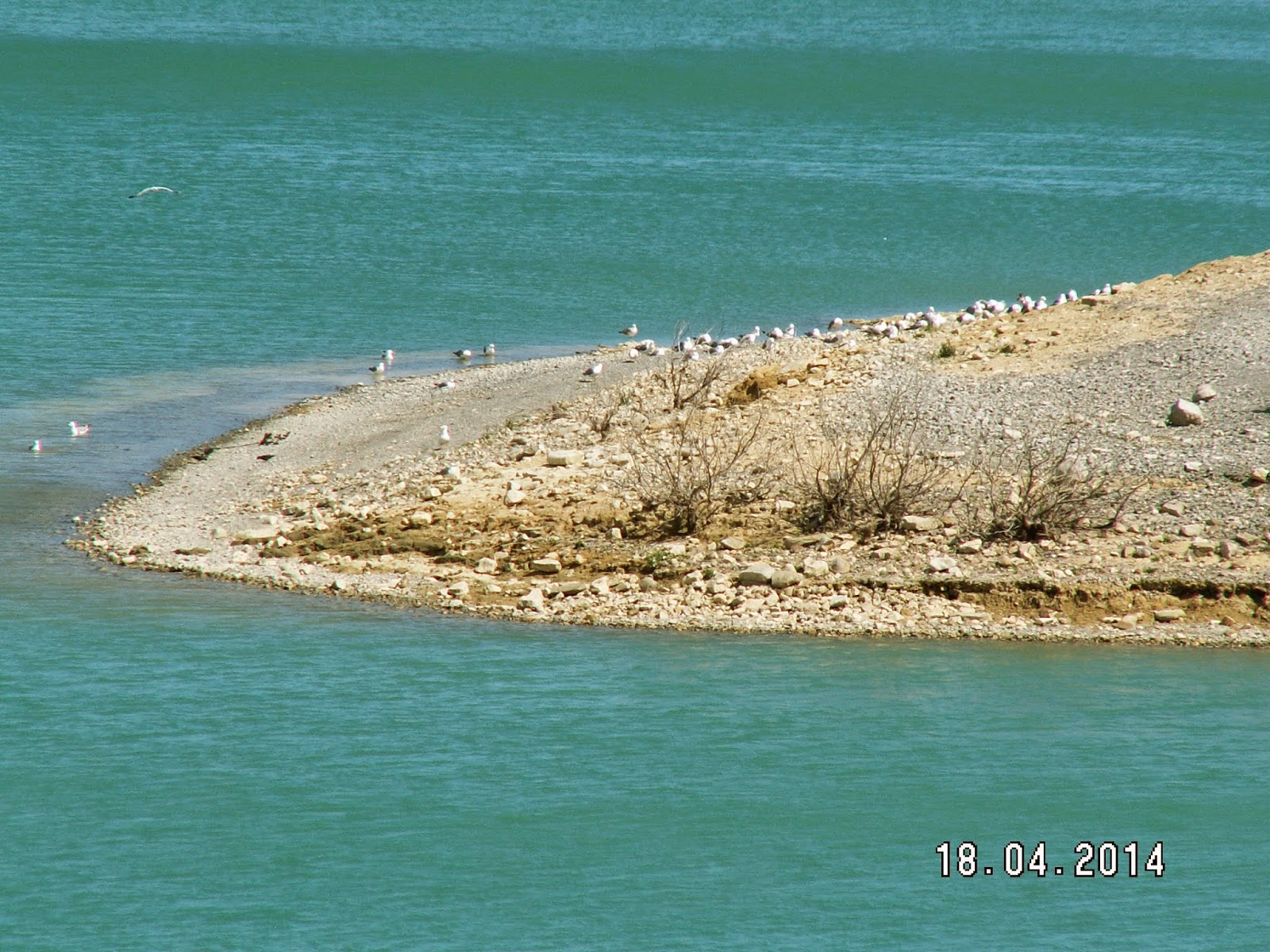 It’s been some time now since I’ve taken you out to the reservoir at Bramiana and although I like to take you somewhere new each week this magnificent wetland habitat is well worth a visit in every season. So, load up the picnic basket and we’ll go and see what changes have occurred since our last visit.
Standing here at the southern end of the reservoir I see that the Yellow-legged Gull colony is down to a couple of dozen individuals now from the 350 or so that were here in the winter and the Pochard and Teal have both migrated northwards. I can’t even see a coot on the water which is unusual as we usually have a few hanging around all year.  It all seems rather quiet doesn’t it? 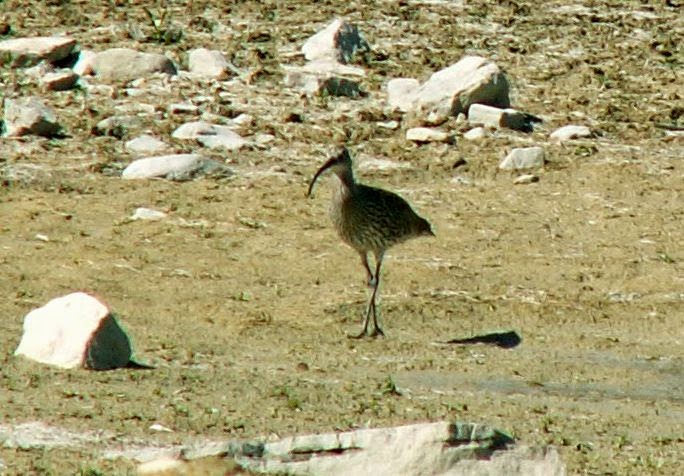 Let’s move down to the water’s edge and see if we can find anyone foraging around in the shallows. We have a couple of Common Sandpipers, a Greenshank and some Swallows skimming the water. These are the first Swallows I’ve seen this year. They usually appear from about the middle of March so either they’re late or I’ve been walking about with my eyes closed. Hang on, what’s that over there on the far bank? It’s either a Curlew or a Whimbrel. They’re very similar looking birds but generally the Curlew’s beak is longer and straight to begin with and it’s a slightly larger bird. The best way to tell them apart is the call, the Curlew is one of those birds that calls it’s name –ker-loo, ker-loo  but this one is being resolutely quiet. If I had to stick my beak out I’d say it was a Curlew but they are both rare passage migrants to Crete and this is the first time I’ve encountered either.

The good thing about the low water level is that we can go and play in the mud! Let’s go for a squelch and see what we can find lurking beneath the rocks.  Now here’s someone I’ve been wanting to meet for years. It’s a Freshwater Crab which rejoices in the name of Potamon potamius. I don’t know if anyone has recorded them at Bramiana before (or even looked for that matter) but I’m happy to report that they’re here, alive and well.  Sorry to disturb you Sir, I’ll just put you back under your rock. 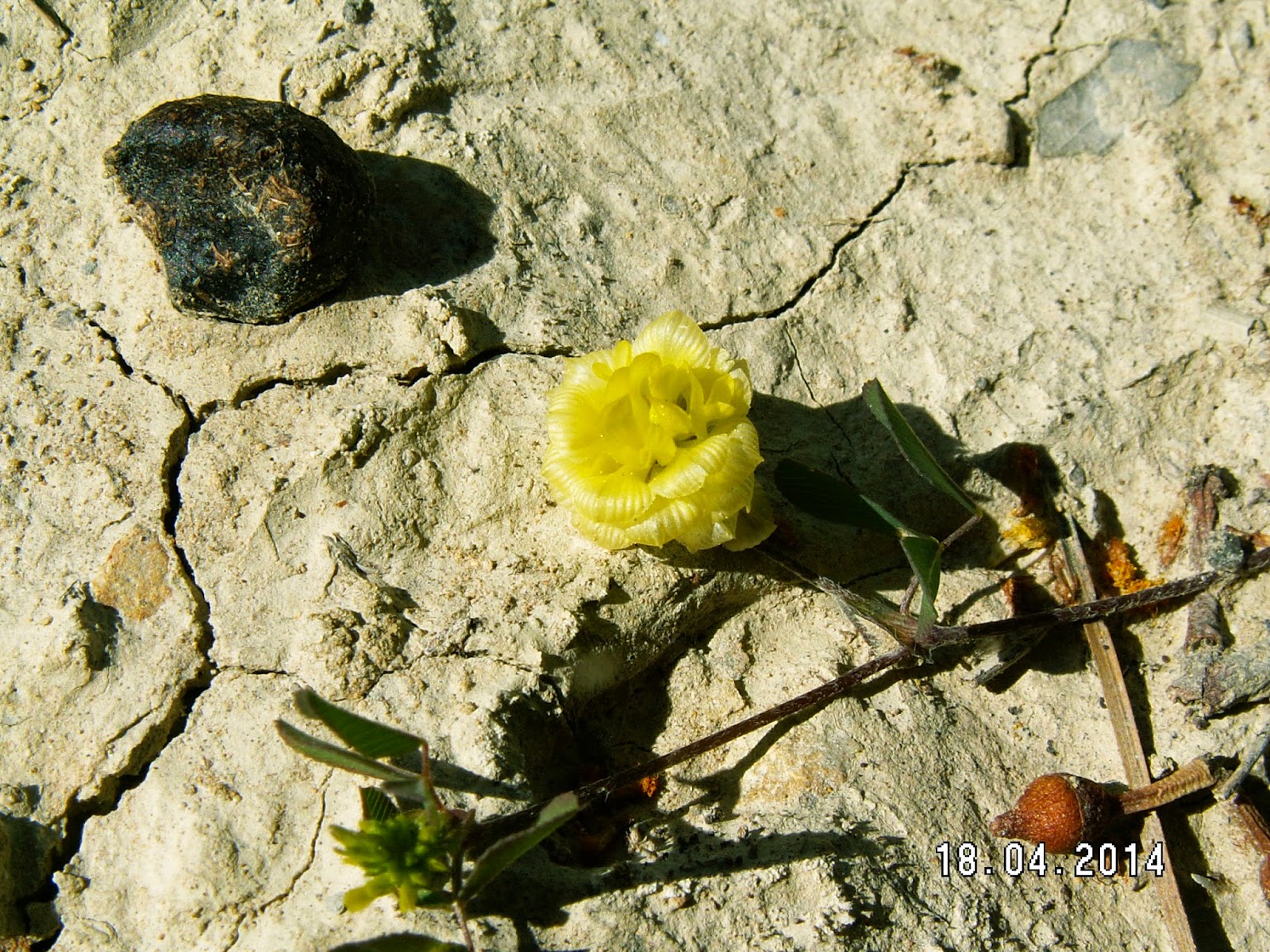 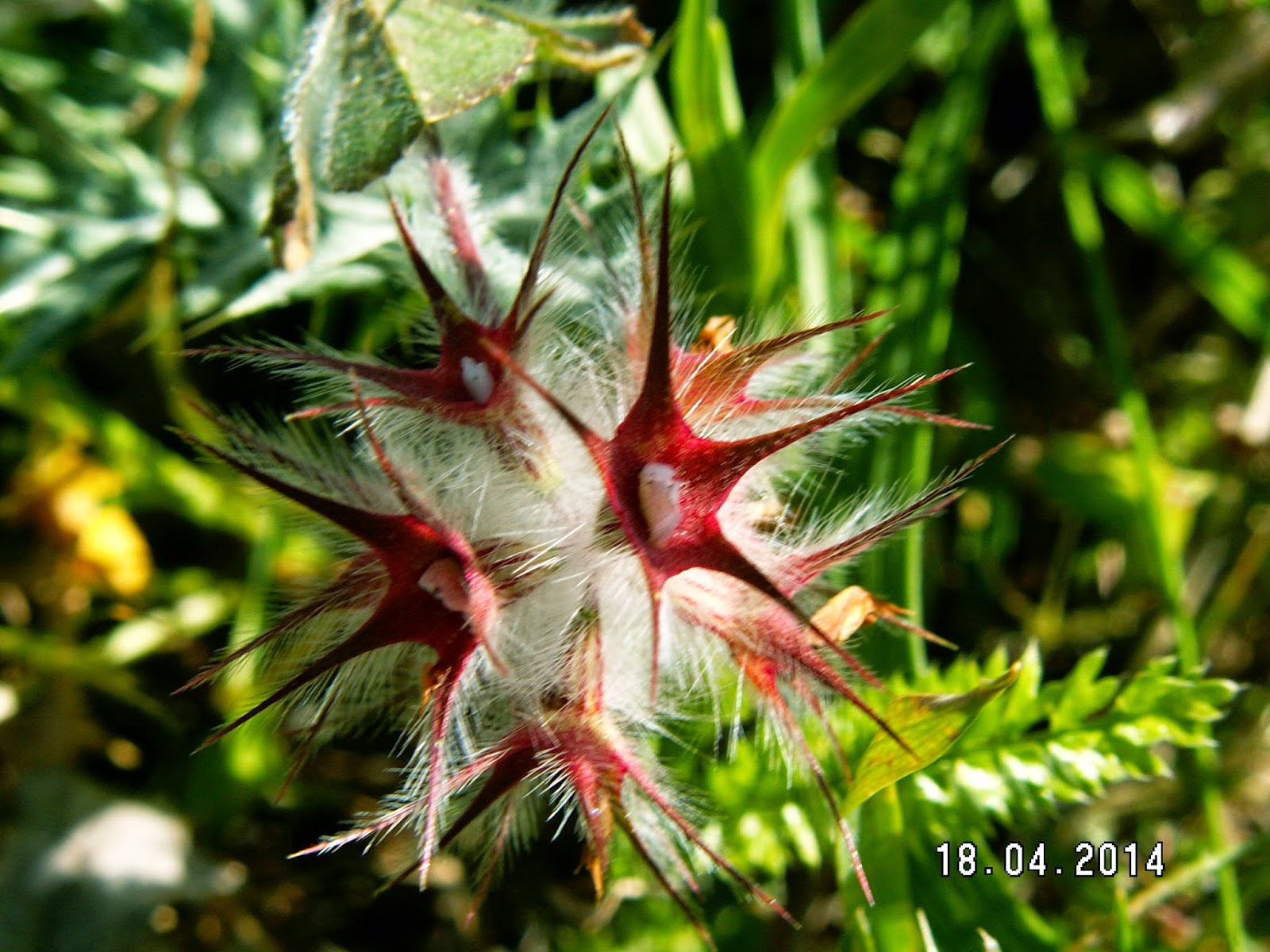 It’s been quite a day for rare sightings so I suggest we go and lie down amongst the flowers, munch a sandwich or two and see what’s going on at ground level. There are so many flowers it’s difficult to know which to look at first so let’s select a couple of the clovers.  If you thought that clover was just little white or mauve flower balls on a stalk with three leaves then think again.  There are about 300 different species worldwide and 37 here on Crete.  The delicate yellow one on the left is Boissier’s Clover and the star shaped one on the right is, not surprisingly, Star Clover. They all have a three leaf structure which gives them there generic name Trifolium but that is where their physical resemblance ends. 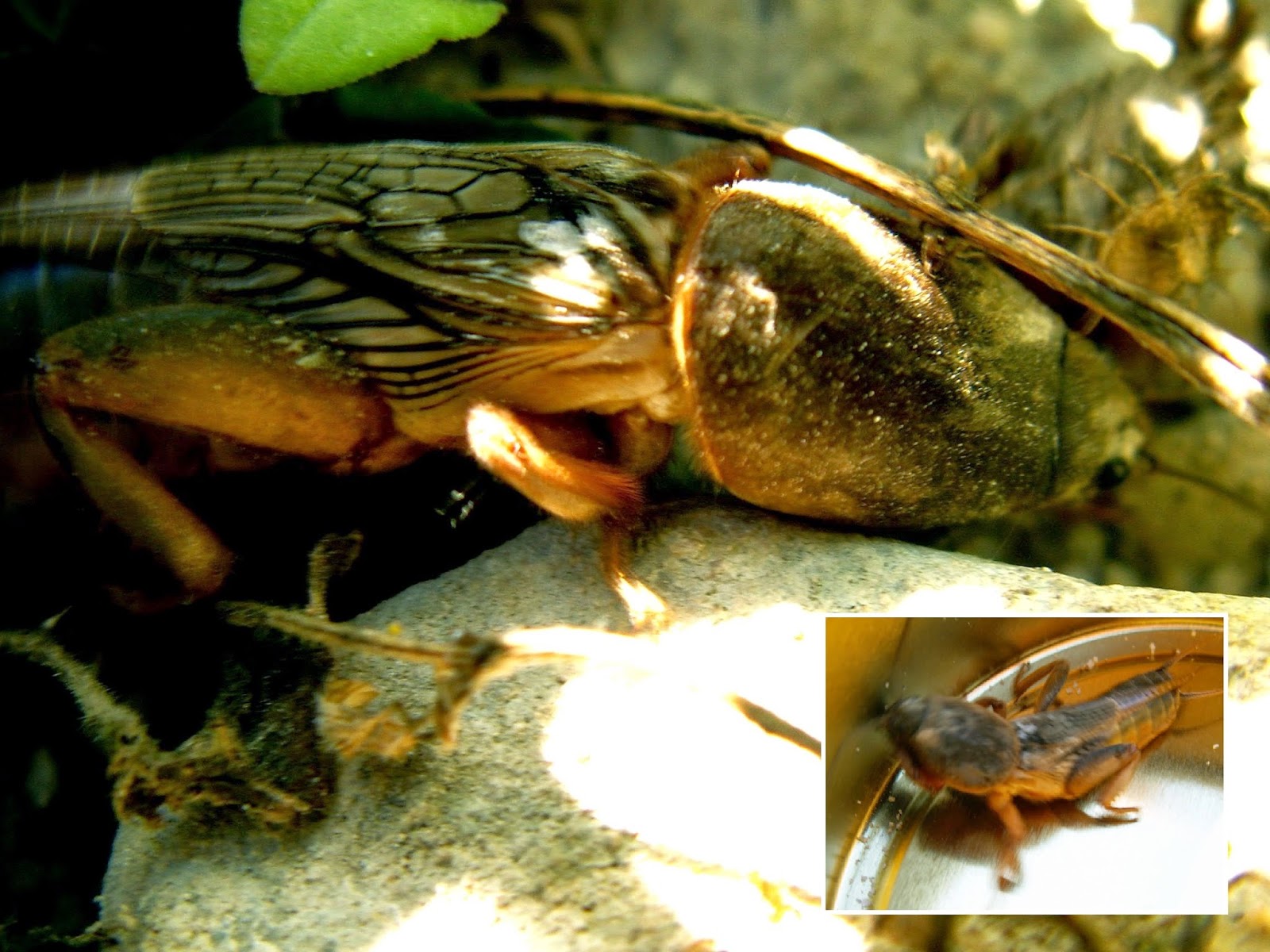 Something rather large is rustling through the grass towards your slice of cake. Large for an insect that is. Pass me that collecting tin would you? Here’s another animal that we’re very lucky to see; it’s a Mole Cricket. They spend the majority of their lives tunnelling underground and generally only come out at night when looking for mates. The male is a great acoustic engineer. Like other grasshoppers and crickets the males rub two body parts together to produce a noise (a process called stridulation). In the Mole Cricket this is a scraper on one wing and a file on the other which makes either a chirp or a trill depending on the length of time he does it. The clever thing is – he excavates a special chamber shaped like a double horn and stridulates in there which amplifies his song like a megaphone. I wonder what it’s doing up here in the middle of the day?

Well… a Curlew, a Freshwater Crab and a Mole Cricket – three unusual species in one day. Who can ask for more than that? Have an interesting week, especially those of you who are on holiday, (and I know a lot of you are because the readership figures have dropped considerably. But if that means that you are out there enjoying the world around you rather than reading about it second hand on my blog then that is lovely). Enjoy our planet and good hunting.
***********************************************************************************
LINKS:
Naturalists (the facebook page that accompanies this blog)
Flowers of Crete;
BIRDS OF CRETE
Crete Birding
Greek Butterflies and Moths
Aquaworld Aquarium
Visit Greece (National Government Tourist Office)