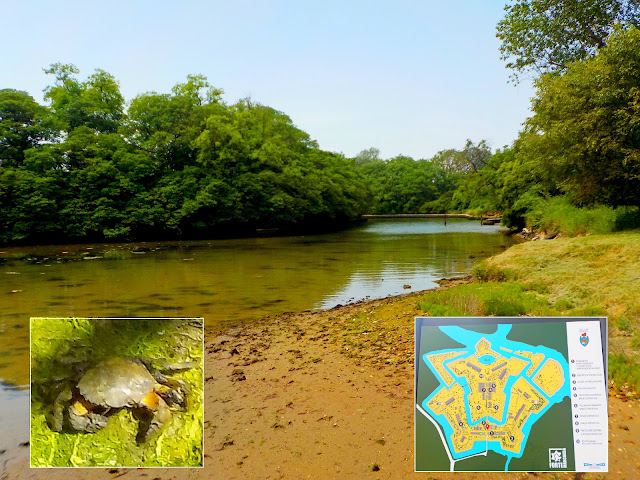 As our next port of call, literally, is some distance from the city of Venice I thought I'd book us in at a midway point between the two. By sheer chance the hotel is only a short walk from the 19th century Forte Marghera which is now a cultural centre and wildlife refuge. I think that this will be a good place to start our explorations. A good place to build a fort, surrounded on all sides by a double waterway and the wildlife starts here below the bridge in the shape of this crab mumbling his way through the residents of the green algae. 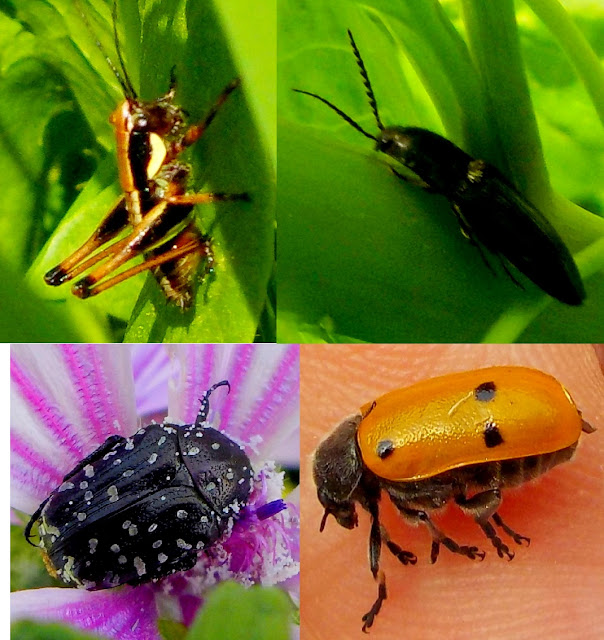 The place is an absolute haven for insects. There's a Shield-backed Katydid in the grass alongside a Click Beetle; a Mediterranean Spotted Chafer Beetle getting itself covered in pollen as it feeds on a mallow flower and a rather handsome Leaf Beetle of the Lachnaia genus down there. Hang on, I'll just root him out for a second so that you can have a closer look. 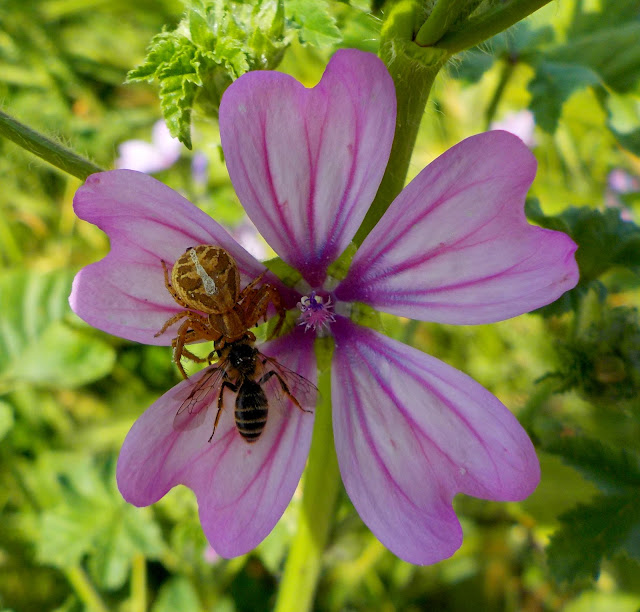 Hello, looks like we've got a bit of wildlife action on this Mallow over here. A ground crab spider, Xysticus sp. has taken a fancy to a small bee for its lunch. You can tell that it's a bee and not a fly mimicking a bee because you can clearly see all four wings and flies only have two. Bee mimicking flies also have much shorter antennae than bees but I think that the spider has them in its jaws. Talking of lunch there's a nice rustic looking restaurant here so I propose that we adjourn. 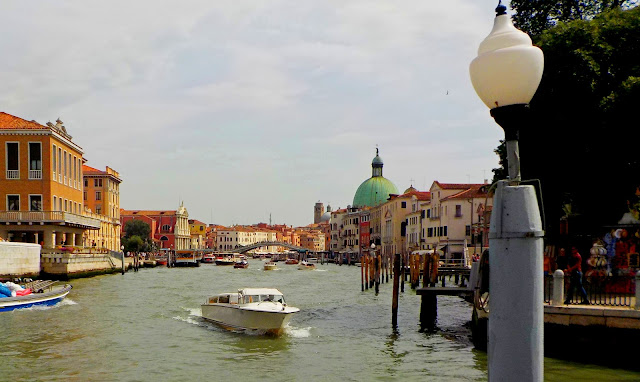 That was delicious and very reasonable. I liked the complimentary bottle of home made wine. I think that all restaurants should adopt that policy. Shall we go and have a look at Venice? Very pretty, now get me out of here. It's full of hat and tat stalls and camera clicking tourists. Let's find a quiet backwater and have a civilised cup of afternoon coffee. If I hear one more person singing 'Just One Cornetto' they're in for a ducking. Giovanni Capurro, who wrote the original lyric to O Sole Mio, must be turning in his grave. 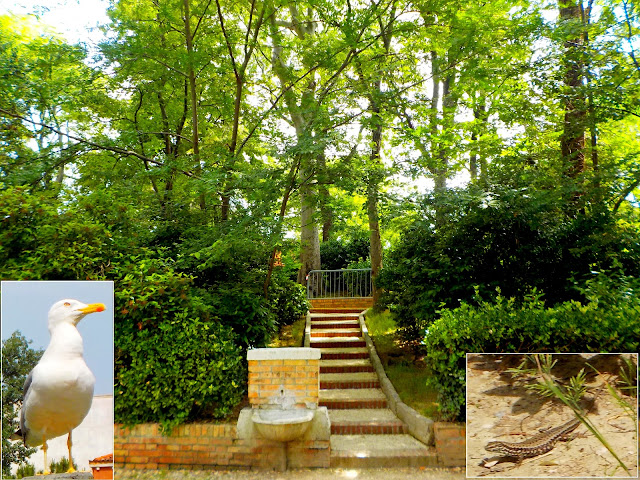 I have another reason for visiting this part of Venice. Did you notice that small park that we passed earlier? That is the Giardini Papadopoli and it is one of the scenes in my novel, The Magic of Nature of Magic which is now complete . I just want to go and soak up the ambiance and sit with the Lizzies for a bit. These are Common Wall Lizards, Podarcis muralis, and I see that we are being watched over by a Yellow-legged Gull, Larus michahellis. These predominate over their pink legged cousins that you find further north.

Talking of books, The Quick Guide To Creepy-Crawlies is now under final revision and proof-reading stage. I was hoping to produce a paperback version and a Kindle version but as Kindle cannot handle internal hyperlinks (What???) I've had to abandon the Kindle version.