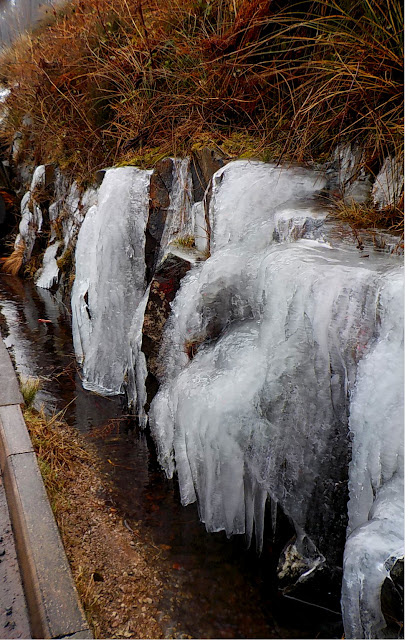 During the week, for those of you who are following News From The Old Cornmill, we were looking at the emergence of the first crocuses, heralding the arrival of Spring, a mere four weeks away. Up in The Lakes, however, it is still decidedly Winter. Not only is the human population in lockdown but it seems as though nature is too. Even the water, draining off the fells, has been stopped in mid flow. With the dashboard temperature registering 1oC outside, and a light rain starting to fall, were off to try and find some shelter in White Moss Woods. 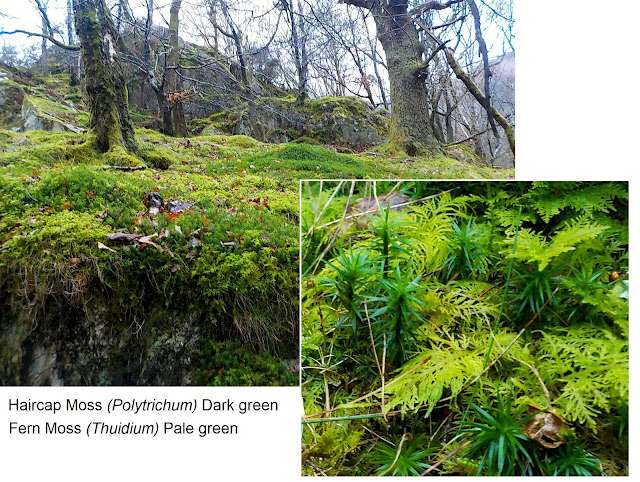 There is a track leading up a hill which, needless to say, our Intrepid Local Guide and Jack The Navigator Hound have already started to make an assault upon, but we're going to explore this rocky outcrop and see if there are any invertebrates sheltering in the crevices. The lush greenery upon which we are walking is provided by two species of moss. The pale green one is a member of the true mosses (Class Bryopsida), whereas the dark green one is a member of one of the other seven classes of moss, the Polytrichopsida. Despite the name of the woods there is no white moss (Leucobryum, another of the true mosses) to be seen. 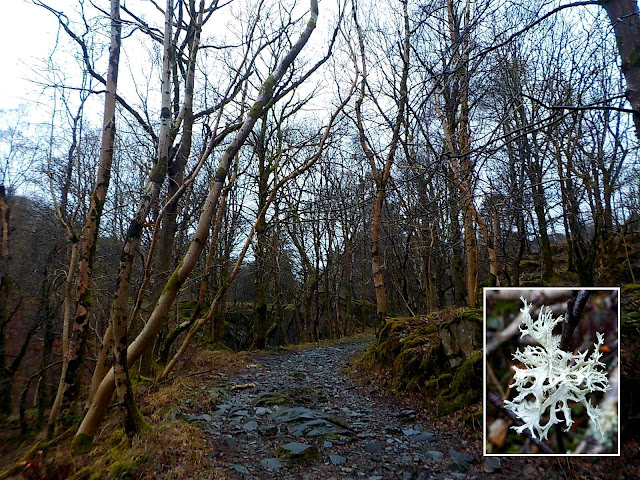 There are also plenty of lichens about, such as this Evernia. Lichens are curious things as they consist of two entirely unrelated organisms that have merged to form something entirely new, in much the same way as the two highly inflammable gasses, hydrogen and oxygen, when merged together, form water, a liquid capable of putting out fires. It is know as a symbiotic relationship and, as with any relationship, the whole is significantly greater than the sum of the constituent parts. 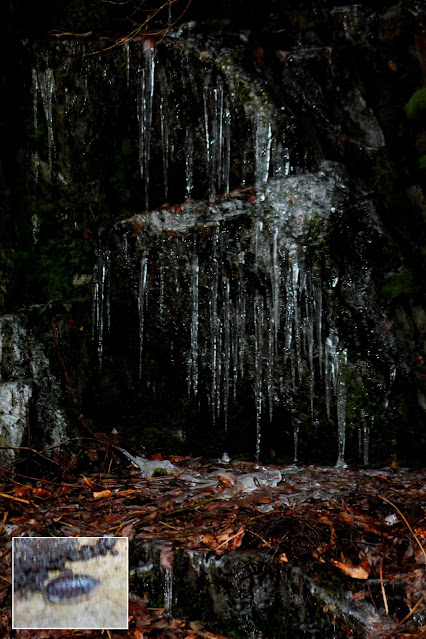 At last, having turned over a number of rocks and logs, we've found an invertebrate. All the others seem to have buried themselves deep, where the soil is warmer. It's a Shiny Woodlouse, Oniscus asellus, and those pale patches that you can just about see is where the calcium is stored for constructing the new exoskeleton when it moults. Woodlice moult in two halves, back end first followed by the front end, and then, as the shed exoskeleton is full of calcium, they very often eat it. 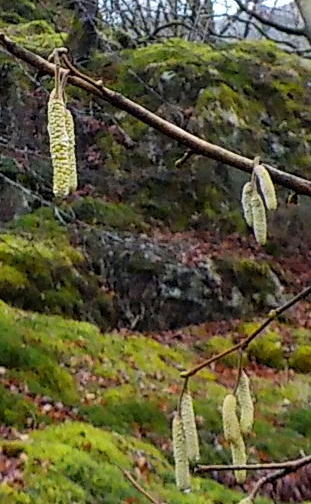 And finally, another sign that Spring is not too far way, the Hazel catkins are out. These are the male reproductive parts of the tree. They are wind pollinated, that is, the wind blows the pollen in all directions and some of it lands on female flowers which are small and red, and from which, the hazelnut is eventually formed. The rain has started to fall more heavily now, Jack and the ILG have returned from their jaunt up the hillside, so it seems like a good time to cosy up in the car with a mug of hot soup.


Follow me throughout the week on News From The Old Cornmill, or failing that, I'll see you next week, all being well.