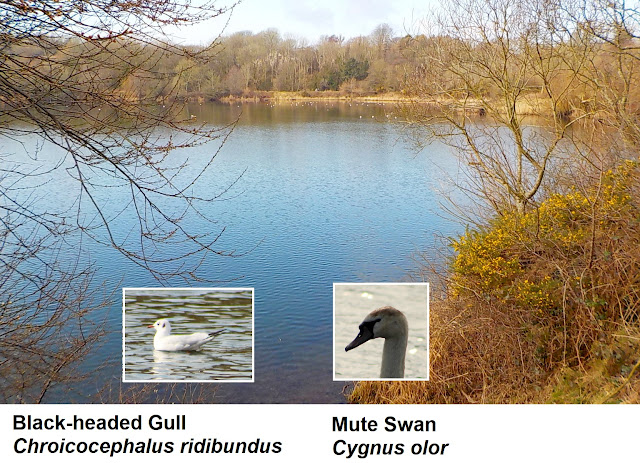 Longlands Lake is more than just a beautiful spot for a picnic, watching the swans, gulls and ducks. There are woodlands to explore, small ponds to investigate and river walks along the Ehen. So, come with me today and we'll do three out of four. Picnics aren't allowed yet... but soon! 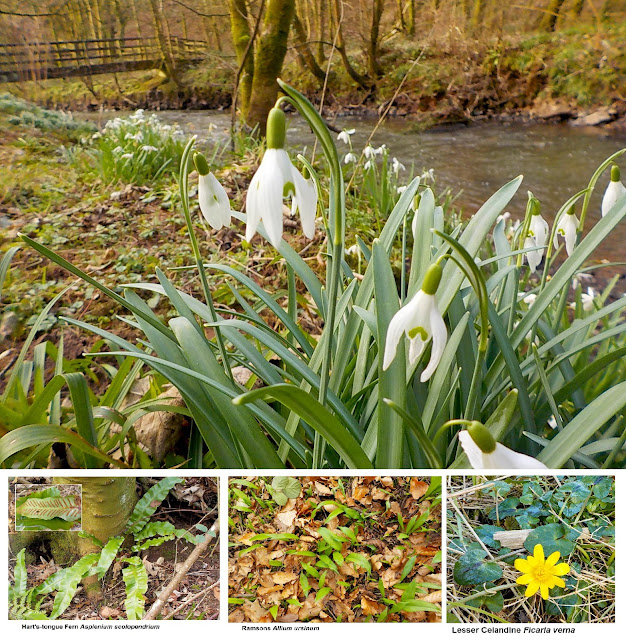 Let's start with a look at the woodland plants and then we'll take a walk around the lake. Firstly, the banks of the Ehen are still absolutely lined with snowdrops and there is also plenty of other interesting stuff about. Hart's-tongue ferns along the river bank and around the bases of trees. Turn over their leaves and you can see the neatly regimented lines of reproductive spores. These rather undistinguished leaves are hiding a culinary delight. Roll one between your fingers and take a sniff. The unmistakable aroma of wild garlic. I think we'll take a few of those home with us. And while we're in foraging mode, there's plenty of Lesser Celandine about. Although the leaves are mildly poisonous when eaten raw, cooking them removes the toxic protoanemonin which is released when the raw leaves are crushed. For that reason, the old medicinal practice of treating piles with them is probably best avoided, as is the old Cumbrian practice of cleaning your teeth with them. Those caveats aside, these are one of the first foraging plants of the year and the one that Edmund first sees as winter suddenly turns to spring in C S Lewis' The Lion, the Witch, and the Wardrobe. 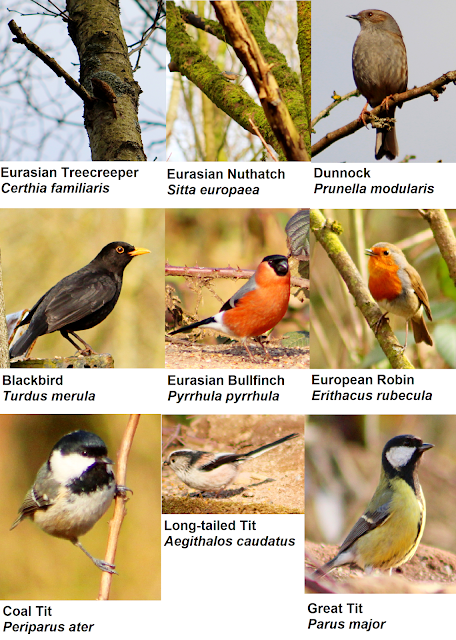 Here in the woods, there are Tree-creepers and Nuthatches, flitting about the trees but keeping their distance from us. Around the lake however, it is a different story. The birds are fed regularly and lavishly, so they are very human tolerant (even of those of us with cameras). I'll let the pictures speak for themselves. 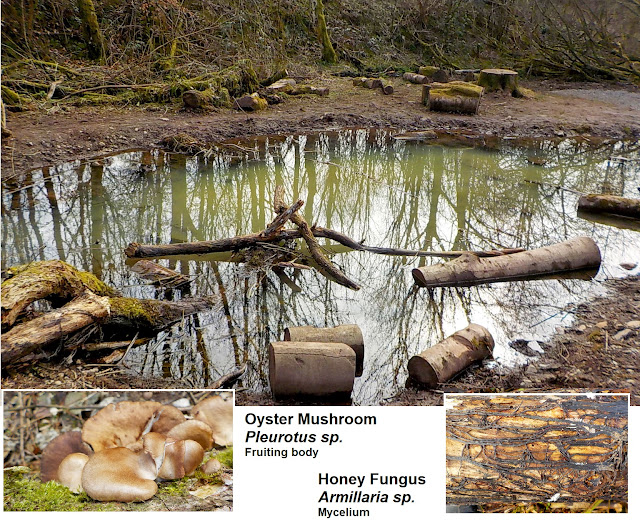 Here we have a small pond under construction. Nothing has taken up residence yet, but there's something very interesting on these strategically placed logs. Usually, we only notice the fruiting bodies of fungi, such as these Oyster Mushrooms which I'm going to snaffle and omelettize with those Ramsons we found earlier. But where the bark has come off this log, you can see something that resembles a printed circuit board. This is mycelium, the 'roots' of  fungi. These spread beneath our feet connecting the trees and other plants in the wood, swapping nutrients for sugars in what is known as 'The Wood Wide Web'. Recent studies have also revealed that they can also transmit electrical impulses, a little like the neurons in our brain, so the circuit board reference may be closer than we think. 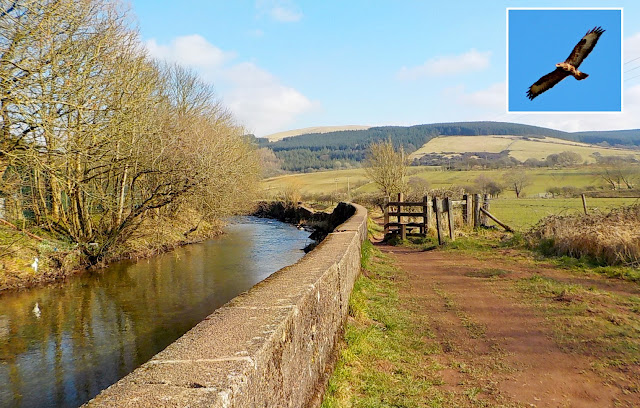 And finally, as we take a stroll along the banks of the Ehen, we're joined by a magnificent buzzard. What a beautiful way to spend the morning.

A little note on something completely different. For those of you who scroll down at the end of these posts, you'll also know that when I'm not looking for insects under stones, I also write books. As none of us can get out and read to you at the moment, I've teamed up with fellow author, Lyn Osbaldeston to create a weekly podcast called 'The Author Reads' where Lyn, myself, and a guest author read to you. It's a great way for you to discover new authors for free and a great way for us to introduce ourelves to you in these restricted times. Have a listen or download it to your iPod for later:

And finally... keep an eye on the website throughout the week for News From The Old Cornmill and recipes from Steve's Wild Kitchen involving the Ramsons, Oyster Mushrooms and Lesser Celandine Leaves.