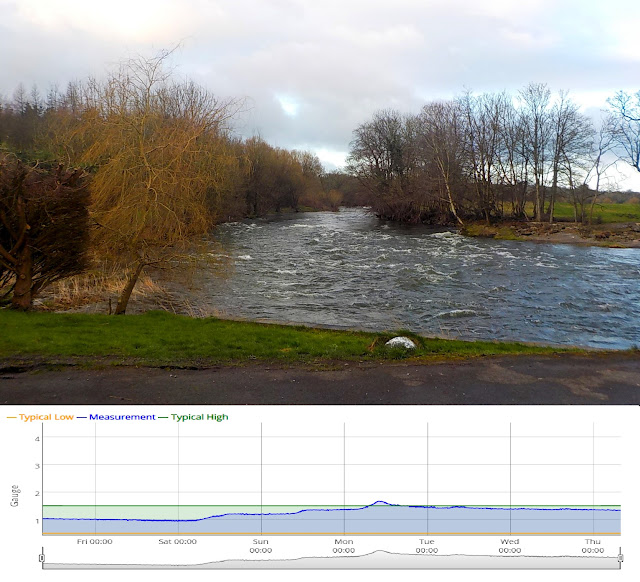 Winds of 90mph, hundreds of homes without power, trees and power lines down and widespread disruption on trains, roads and ferries. So the newspapers tell me. Here at the Old Corn Mill it was a quiet night, a little blowy but nothing special and I woke up this morning to bright sunshine and a feeling of where's Dudley? As you can see, the river level actually dropped a little overnight.

We cannot be too complacent however as storm Eunice is coming over tonight and we have a yellow warning for wind and snow. It may well pass to the south of us, but it is developing rapidly and probably hasn't had time to listen to the meteorologists, so it could go anywhere. We'll have to wait and see. 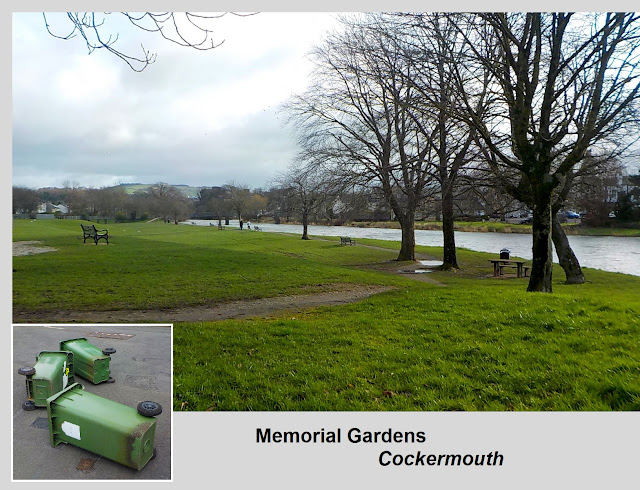 I've just been out for a walk to see if there is any snow on the hills and as yet, there isn't. I also had a look to see if there was any storm damage. Three comotose wheelie bins seemed to be the sum total. Anyhow, that's the story (so far) from Cockermouth. How was it for you?

As I've been watching the river levels, an advert for this book keeps appearing on the site. I had a look this morning and it's a rather beautifully illustrated tome, detailing the history of floods and our attempts to control them, right up to the present century. Well worth a look (click on the picture to read the first chapter).

Talking of books, it's about time I stoppped rabbiting on about the weather and got on with producing a Kindle version of my own latest book. (You can click and read a sample of that as well). For those of you who've only just found me on the internetty, you can see all of my books, blogs, recipes and other stuff on Steve's Nature Plus.

That's all for now,

Stay safe wherever you are,