The River That Came Back From The Dead 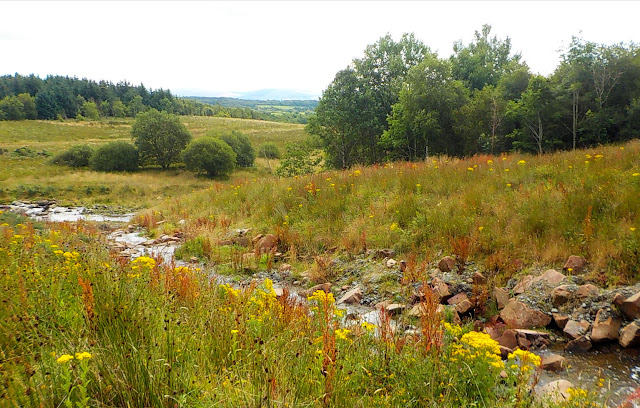 This idyllic scene shows a small beck running into the River Keekle, a few miles to the east of Whitehaven. It has not always been so. It has been the site of two coal mines, one in the 1880s and one in the 1980s. In 2010 a plan was proposed to dump low-level nuclear waste here (which was rejected by Cumbria County Council in 2012). From 2019-2020 the West Cumbria Rivers Trust spent one and a half million pounds removing 150 tonnes of plastic from the river bed. The bed had been lined in the 1990s to protect it from mine water contamination. In the intervening thirty years the liner had degraded with bits of it floating downstream causing blockages and localised flooding. The plastic has now been recycled and some of it used to make the bench by the car park. 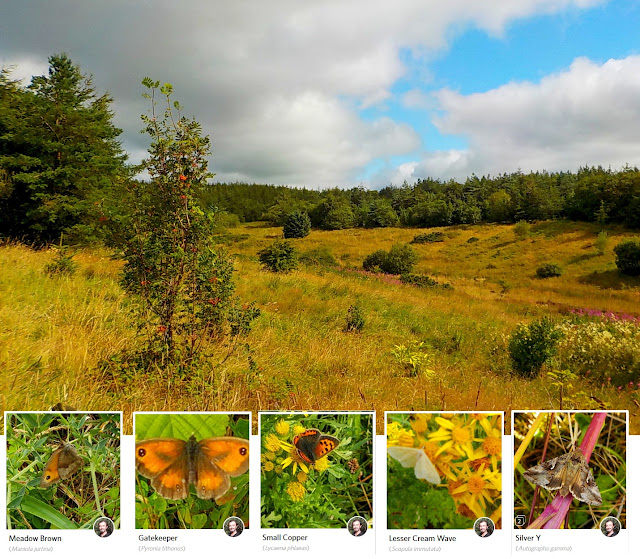 After yesterday's constant drizzle, today's occasional outbreaks of sun has brought out the butterflies and moths. Two which can be easily confused are the Meadow Brown and the Gatekeeper. Their colouration and markings are very similar but the Gatekeeper is about half the size of the Meadow Brown. These are both members of the Nymphalidae family (which we used to call the browns) but the third one is a Small Copper which is a member of the Lycaenidae family (which we used to call the blues). When dealing with nature, it's a lot less confusing if you use the scientific names. It's not just naturalists trying to sound clever! There are also a couple of moths about. The small one on the Ragwort is one of the Wave Moths, a Lesser Cream, I think, and the last beauty, with the silver Y-shaped markings on it's wings is called, unsurprisingly a Silver Y. 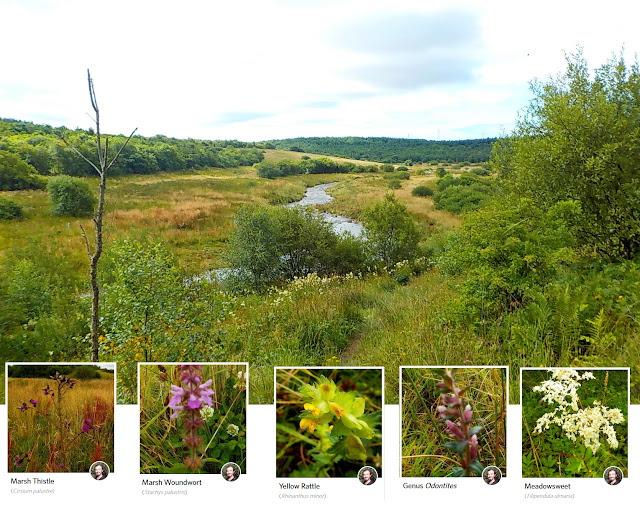 The river meadows are now re-establishing themselves and the summer wild flowers are abundant. There are a couple of wetland specialists in the Marsh Thistle and Marsh Woundwort (so called because it was used to promote the healing of wounds). There is a good distribution of Yellow Rattle which is hemiparasitic on grasses and helps to keep them in check, allowing other meadow flowers to grow. The Odonites, I'm pretty suris a type of Red Bartsia which is also parasitic on grass roots. 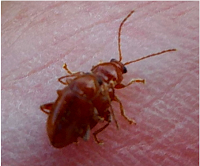 And finally, we have some meadowsweet which the Flea Beetles seem to adore. They have nothing to do with fleas, by the way, but they have highly developed femora which enables them to jump like fleas. We'll pick some of the meadowsweet on the way back, to make a sweet white wine following the generic wine recipe. 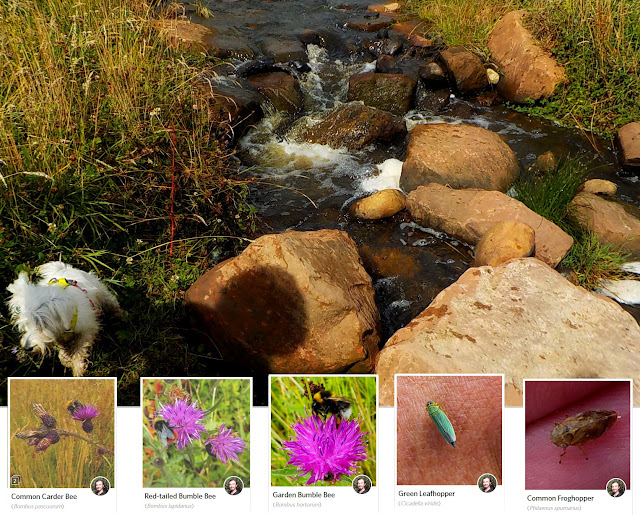 Apart from the butterflies and moths, we have some other pollinators about. We have three of the 25 different species of bumble bee to be found in the UK: The Carder Bee, the Red-tailed Bumble Bee and the Garden Bumble Bee. We also have a couple of hoppers. These are both True Bugs (HEMIPTERA) They're called hoppers because they can leap tremendous distances. They have to release the energy in their hind leg muscles exactly simultaneously, otherwise they'd shoot off at odd angles. In order to do this they have one of nature's evolutionary oddities; they have synchromesh gears. I kid you not. You can see photographs of them here. 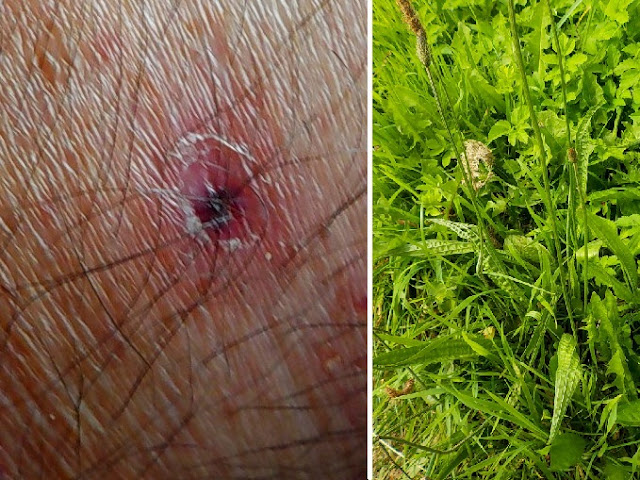 It will come as no surprise to learn that I am very fond of creepy-crawlies and find them fascinating. They, in turn, are very fond of me and find me fascinating as well, which is fine, but not when they use me as a mobile restaurant. While I was photographing the hoppers, a Deer Tick decided to take a chunk out of my arm. In entomology, insect bites are an occupational hazard and antihistamines usually do the trick. If you don't have any to hand, look out for plantains, one of the original 'nine wayside herbs' mentioned in The Lacnunga, a 10th century herbal. They remove the itching almost immediately. Luckily, the tick doesn't seem to have been infected with Lyme disease, which is present in Cumbria, as it is in many other counties.

That's it on the nature front for this week but the latest episode in The History of Things looks at the fascinating history of the blood pressure monitor.