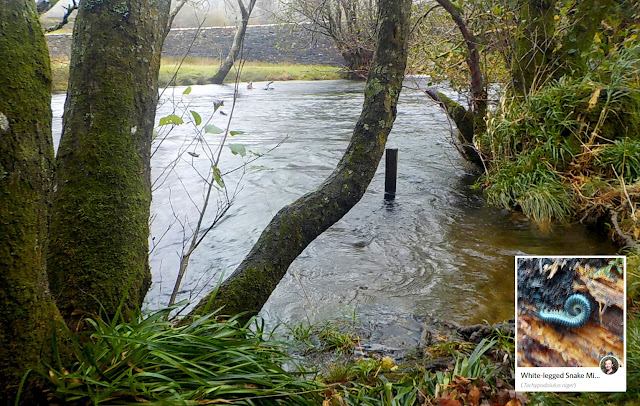 It's Cumbria. It's November. It's raining. Obviously. The River Cocker is filling nicely, as it exits Crummock Water, wends its way down into Cockermouth, where it joins the Derwent, and flows past my front door. Both rivers are now above their normal high level, but still behaving themselves for the moment. Prodding around in the wet leaf litter, and beneath the bark of rotting logs, turns up a White-legged Snake Millipede. These are one of our commonest millipedes and useful little creepy-crawlies. They chomp their way through decaying vegetation, liberally seasoned with mildew and algae, and return the nutrients to the soil. 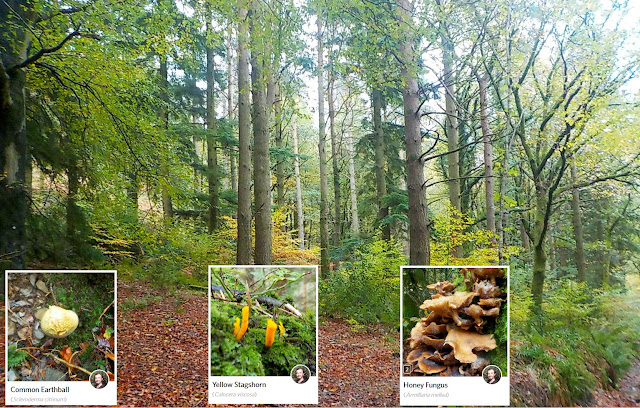 The path to the lake takes us through mixed woodland and there are a few fungi to examine. The first one is an important one to recognise, because it looks like a puffball (many of which are edible). However, the edible puffballs are white, whereas this one is a dirty brown colour. It won't kill you but it will make you ill. As young puffballs are one of the best 'shrooms to forage, it's important to recognise this look-alike; the Common Earthball. Wild Food UK has an excellent article on puffballs which you can read here. The other two look to be Honey Fungus (edible when young but can be confused with a nasty little 'shroom called the Funeral Bell), and Yellow Staghorn (which is rubbery and tasteless). 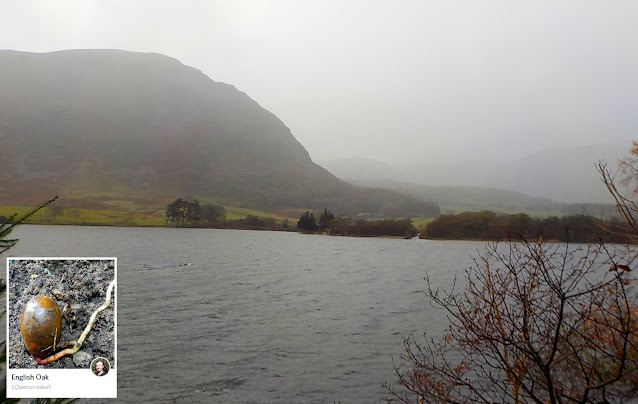 Crummock Water is not looking it's best today, as there seems to be more water in the sky than in the lake. The water temperature is about 5C. This I know, because my little sister went swimming in it the other day. She is in Wim Hof mode. Personally, when it comes to dousing my body in cold water, I'm more Wimp Off. I've just found something I've never seen before. It's a baby Oak tree. I think I'll take it home and watch it grow. 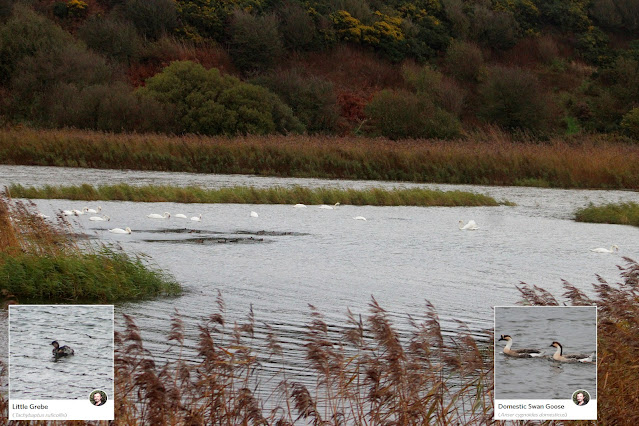 It's fine weather for ducks, so let's go over to Siddick Ponds and see if we can find some. The usual gang of mallards, moorhens and mute swans, but we also have a Little Grebe out there, and a pair of Domesticated Swan Geese. These delightful looking geese originally hail from China and the far east, but escaped domesticated versions can be found almost anywhere in the world. Having said that, they're not common, and I haven't seen them before. 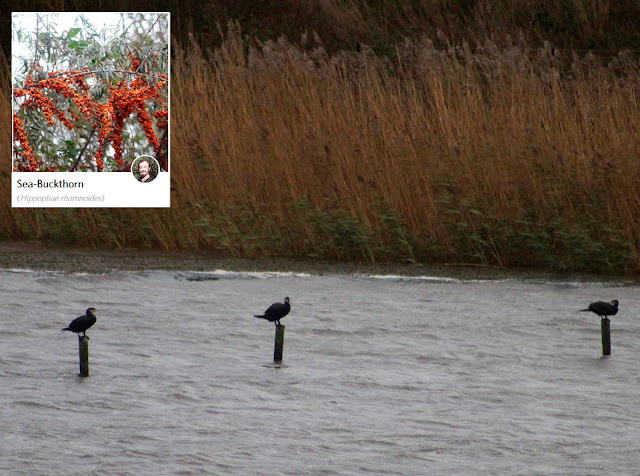 We've some Great Cormorants out there as well, but turn your attention to the path for a moment, because those swathes of orange berries up there are Sea Buckthorn, one of the richest berries in vitamin C that you'll find anywhere. One teaspoon of berry juice will give you all the vitamin C you need for a day. It is also rich in vitamins A, K and E and is ridiculously expensive in health food shops. Grab a handful and make a cup of tea with it. 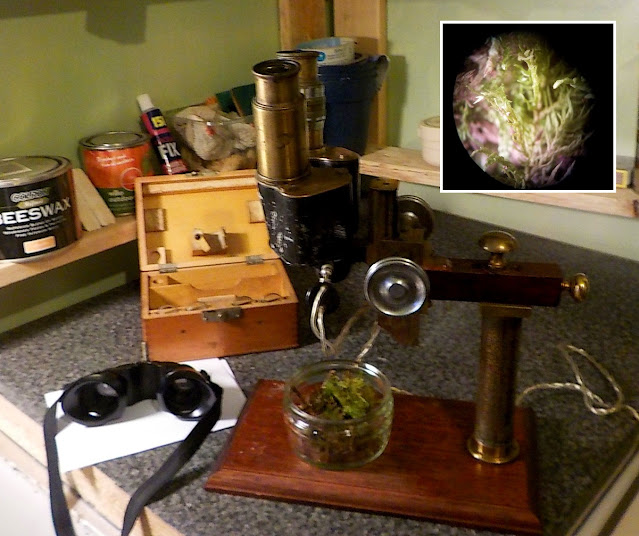 And finally, back in the lab, look what I picked up at the auction house last week. This beautiful stereomicroscope. It was manufactured by Cooke, Troughton and Simms, probably in the latter part of the 1940s, and has the registration number M60907. I'm intrigued by the ornate brasswork and wooden base, which makes me suspect that it is not a standard production model. The wooden box contains four interchangeable lenses (which I haven't worked out how to change yet) and a Carl Zeiss binocular loupe. As you can see from the inset picture of some moss, it is still in perfect working order. I had intended to sell it through my shop Steve's Vintage Collectables but, somewhat selfishly, I've decided to keep it for myself. There's some pretty nice stuff on the shelves though, if you're looking for ideas for Christmas presents:

And books always make good presents. They're easy to wrap for a start!