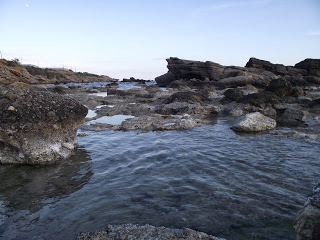 As I sit here, surrounded by boxes to take to England and bags to take to the charity, I thought it would be nice to look back over the adventures we've shared over the past six years of The Crete Nature Blog. It all started in December 2013 with Welcome to Lasithi when I introduced you to my home in the village of Ferma on the south east coast of Crete and we climbed the hills, investigated the olive groves and went rock pooling down at the little village harbour. 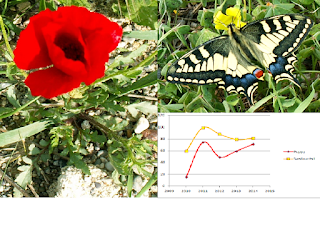 In series two we moved on from merely observing the plants, insects, birds and myriad other life forms and started to look at The Rhythm Of Life including the flowering times of the plants, the appearance of insects in the Spring and migration patterns of birds. The study of when things happen in nature is called phenology which I explained in what turned out to be one of the most popular blog posts, Phenomenal Phenology. 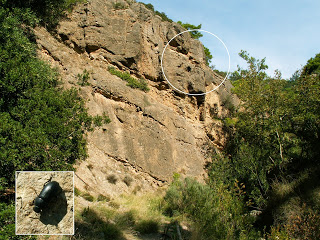 In series three, A Journey Begins, the journey in question took us from the beach at Agios Fotia high up into the Thriptis mountains on unmarked paths where we inevitably got a little lost or, to be more accurate, we weren’t lost, we just couldn’t find a track going in our direction. But the great thing about blundering about in the wilderness is that you get to see so much more. 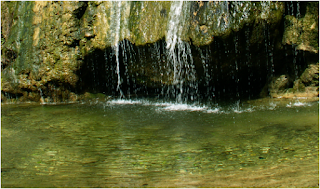 This journey took us up into the Thriptis mountains via the Eden Valley but, having got up there, we also had to come back. This we did via The Milonas Valley which was an incredibly beautiful sojourn and included another very popular blog post The Milonas Waterfall in which we went wild swimming in early March (brrr). A nice underwater video at the end of that post from the pool beneath the waterfall. 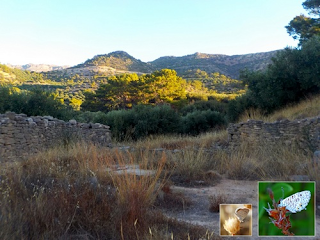 Having undertaken two major expeditions it was time to re-examine home turf once
more so series five took us on a circular walk (and snorkel) around the village in This Is Ferma including the Wildlife Hotel and The Sea Caves of Ferma. 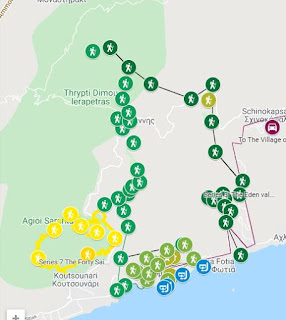 It was about this time that I devised the #CreteNature interactive Hiking and Nature Map
with which you can click on any of the symbols and read the relevant blog post.

This covers the first half of the Crete nature Blogs and I'll try to cover the second half before I leave to explore a new part of the world for me, Cumbria, where I expect we will have many more adventures. 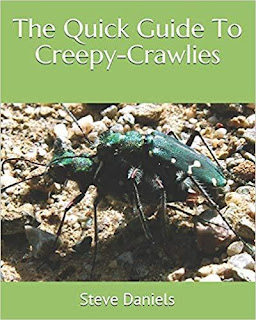 Spring is just around the corner, the flowers are beginning to bud, and all sorts of litle arthropods will be busy. There are over thirty major groups of these creatures and identifying them is impossible without knowing to which group they belong. Help is at hand with The Quick Guide To Creepy-Crawlies which can be used anywhere in the world and is suitable for all ages. For this, and for other books I have written or have yet to write, you can follow me on Amazon.