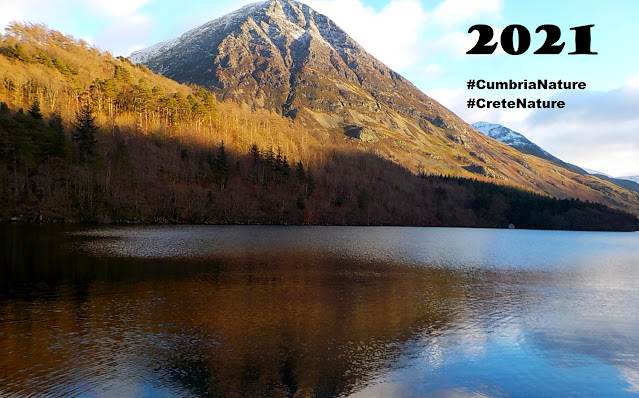 2021 has arrived and, although we are all still locked down in our little bubbles, there is hope on the horizon. One thing has remained unchanged: the wonders of our natural world are still free to explore for everyone, and even if you don't have magnificent lakes and mountains on your doorstep, there is plenty to see if you look closely. So, come with me, down to Lanthwaite Woods and we'll see what we can find. 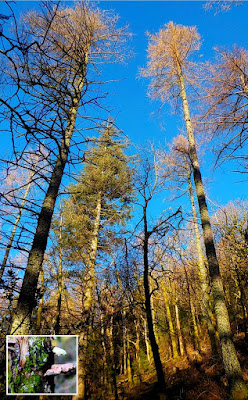 Trees, obviously, like these magnificent Larches. Quite easy to recognise, they are very tall and straight with a small crown at the top, and their thin branches stick out at right angles from the trunk. Unusually, they are deciduous conifers. That is, they are pine trees which lose their needles in winter. They are very hardy and can be found growing right up to thye polar ice cap.


Not much in the way of fungi on the woodland floor today but there's a nice polypore, or bracket fungus, growing on a tall stump up the hill. Could be a beefsteak fungus but it's too far away to see clearly (and I'm not trotting up the hill, only to find that it's too far up the trunk to get at. Why do you think I bought a zoom lens?) 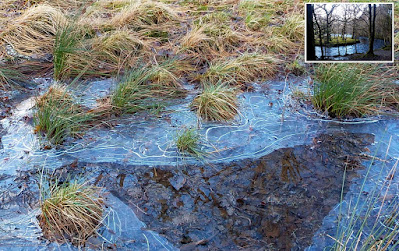 Lanthwaite Woods run alongside the River Cocker which, after joining the River Derwent at Cockermouth, flows past my front door at the Old Cornmill. But today, I'm more interested in the puddles along the river's edge. The water in these puddles freezes at different rates due to the daily variations in level and temperature, giving rise to these fascinating ice contours. It would be interesting to watch these form, using time-lapse photography. I wonder if anyone has done that? 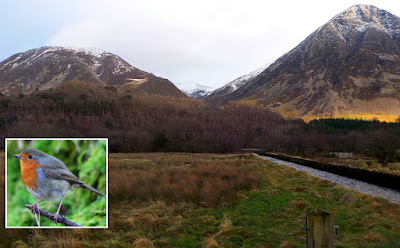 On to a different habitat now. There is a small canal, running out of Crummock water, towards Loweswater. Beyond this is an area of marshland which I hope will be good for a spot of birdwatching. Or maybe not. The occasional crow and our old friend, the robin, which I am now totally convinced that our intrepid local guide carries around in her pocket just to keep me amused and to prevent me from bemoaning the lack of bird life.


News from The Old Cornmill 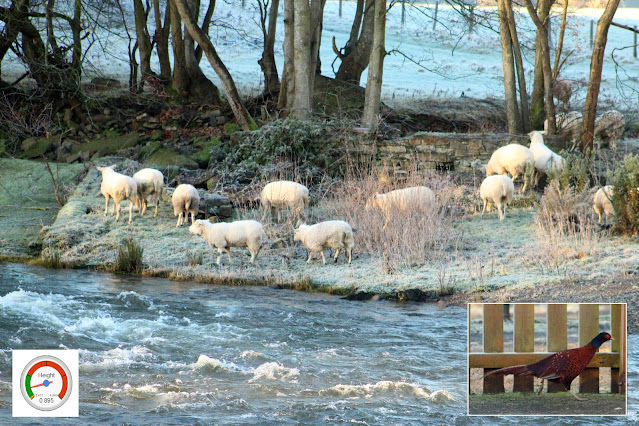 I am now writing this from the laboratory bench. True, much of my scientific equipment is still packed in cardboard boxes awaiting a home, but I've found the microscope and hope to get that up and running in the next few days. Meanwhile, the flood defences were completed earlier in the week so I should be safe unless the little needle goes off the scale. It's all looking very pastoral this frosty morning, with the sheep coming down to the water's edge and a demented cock pheasant running back and forth, this side of the fence. I'll just go and remind him that there's another dimension called 'up'.


A bit of book news: The Eggs of Saramova and Other Stories is now available in paperback from Amazon priced £7.50. You can read the first two and a half chapters here in an extended preview: viewbook.at/Saramova