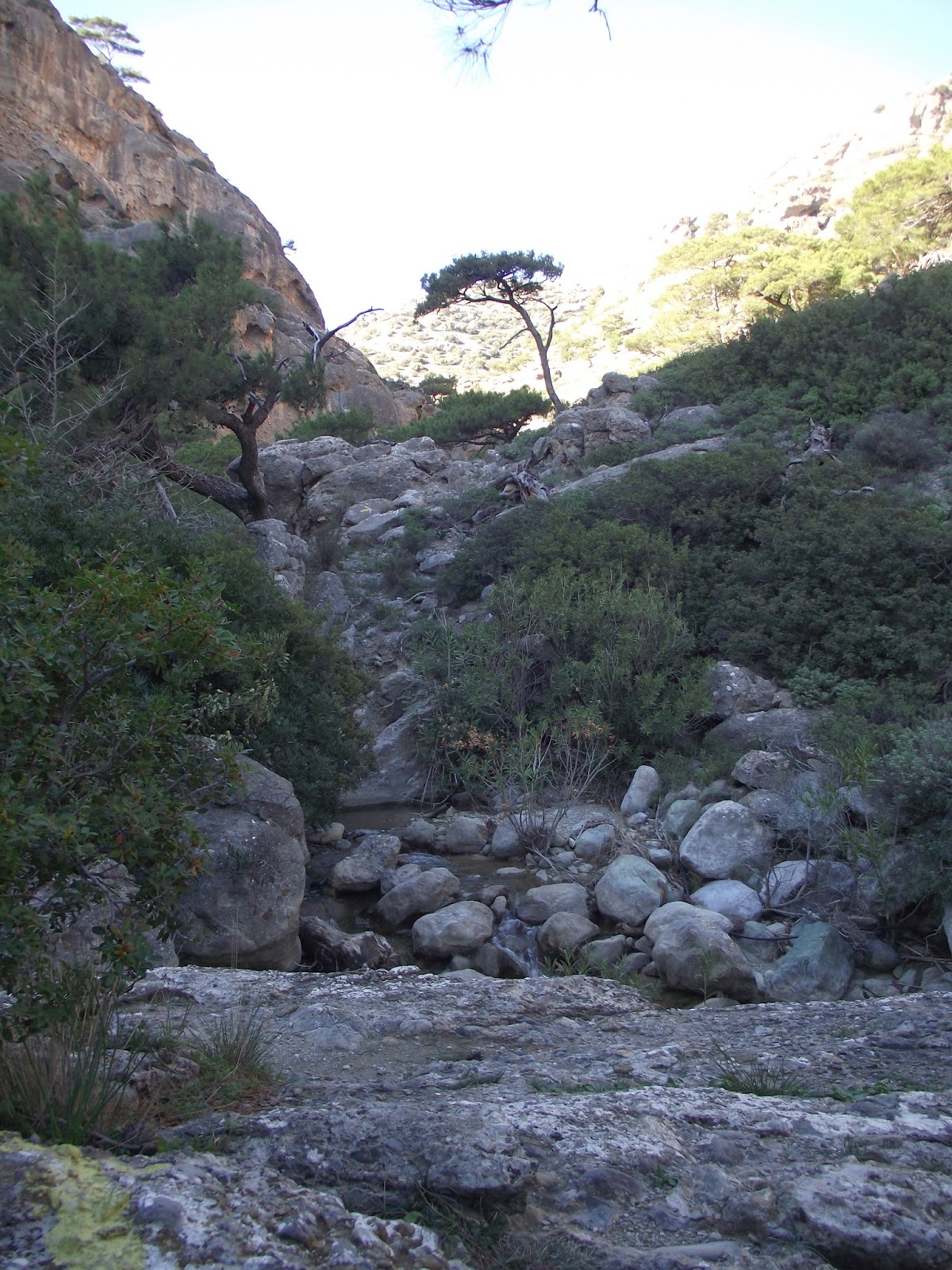 Pick up any brochure for the island of Crete and you will find near the top of the list of tourist attractions Samaria Gorge. And rightly so, at 18km long it is listed as the longest gorge in Europe and it is very beautiful. However Crete, being primarily made of limestone, has many other gorges, equally interesting and much less frequented so if you don’t fancy sharing your Cretan Gorge experience with coach loads of other tourists having the same idea come with me today and I will take you up the Gorge of the Red Butterflies.

We’ll start at the sea end, just west of the village of Koutsouras, where there is a small car park set amongst the pine trees. It is a beautiful February afternoon, there’s not a cloud in the sky and the temperature is a quite balmy 23 degrees centigrade. A pleasant track leads to the start of the gorge and the air is full of the hum of insects and the song of the chaffinch.

Almost immediately our attention is focused upon a pair of Red Admiral butterflies from which the Gorge takes its name. These magnificent butterflies are resident here and fly all the year round. The species name 'atalanta' derives from a huntress in Greek mythology who, like Eve, had a bit of a problem with apples. Unwilling to agree to her father's decision that she should marry she would only accept a husband who could beat her in a foot race. Losers would be killed. That got rid of a fair few hopefuls until a bit of a cad called Hipponomes came along with three golden apples obtained from Aphrodite, well known love goddess and greengrocer. Every time Atalanta got ahead Hipponomes lobbed an apple to distract her and so won the race and her somewhat reluctant hand in marriage.

Walking up the track and taking in the smell of the pines the mountain stream is gurgling away to our right and through the narrow belt of trees to our left we get glimpses of the huge escarpment through which the gorge is cut. More butterflies flit across our path as well as the occasional dragonfly. This one is a Common Darter which you can differentiate from similar looking species by the black spots on the penultimate two segments of his abdomen. After twenty minutes of slow meandering we turn sharp left and enter the gorge itself. 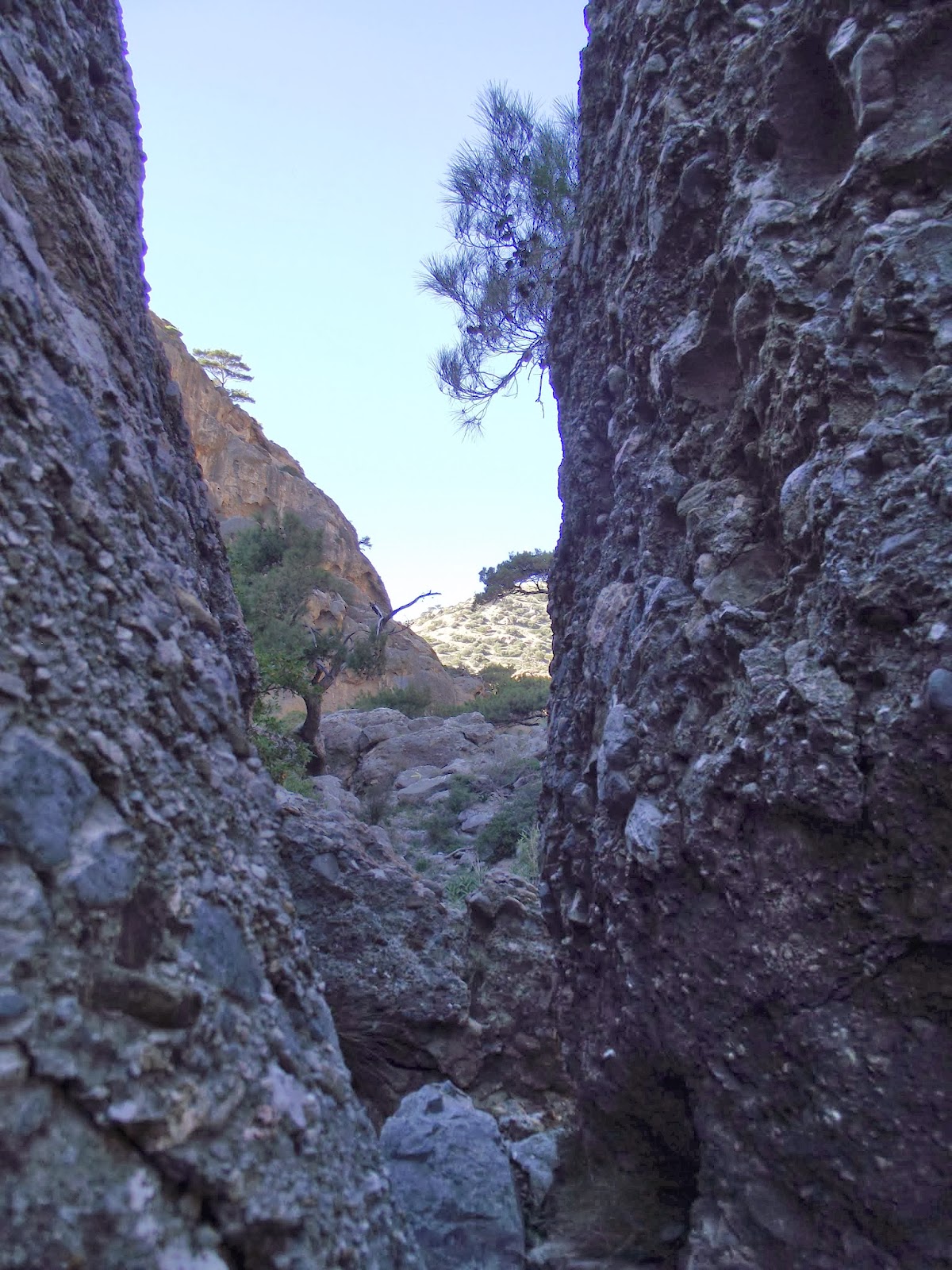 The path is tricky in places but not too strenuous for anyone who is reasonably fit and agile. You don’t need hiking boots and crampons but neither should you attempt it in flip-flops. (I find an old pair of trainers perfectly adequate.)

Here we lose the smell of the pines and the hum of the insects and enter a silent world where the air smells of solid rock. As we thread our way through narrow defiles the immensity of the walls to either side makes us feel as though we are setting out on a quest in some obscure chapter of Tolkein’s Lord of the Rings. One half expects to encounter goblins and dragons in some of the darker recesses and caves that punctuate the massive stone sides of the canyon.

To add to the illusion the ground beneath our feet is littered with strange green rocks. These are serpentine rocks named, I believe, by the Romans who likened their colour to serpents. They are formed when igneous rocks are pushed up from the Earth’s mantle below the crust and changed by the addition of water and a reduction in heat and pressure. This destablises the minerals within the rock in a process known as, not unreasonably, Serpentinization. (Thank you Geoman at Oregon University for guiding me through that one).

But dragons and goblins aside here’s a flower I came specifically to see. Locally I’ve only found it growing here in this spot and only in the month of February although I am told that it is quite abundant in other parts of the island between March and May. It’s a Cretan/Karpathian endemic Cyclamen (i.e. it only grows on Crete and the nearby island of Karpathos). It is a shade loving plant which has either pure white flowers or, like these, white flushed with pink.

Many flowers attract particular species of moths as food plants for their caterpillars. The Cretan Sowbread, to give it its common English name, is the host plant for a Noctuid moth called The Gothic which seems very apt for this dark and eerie place. 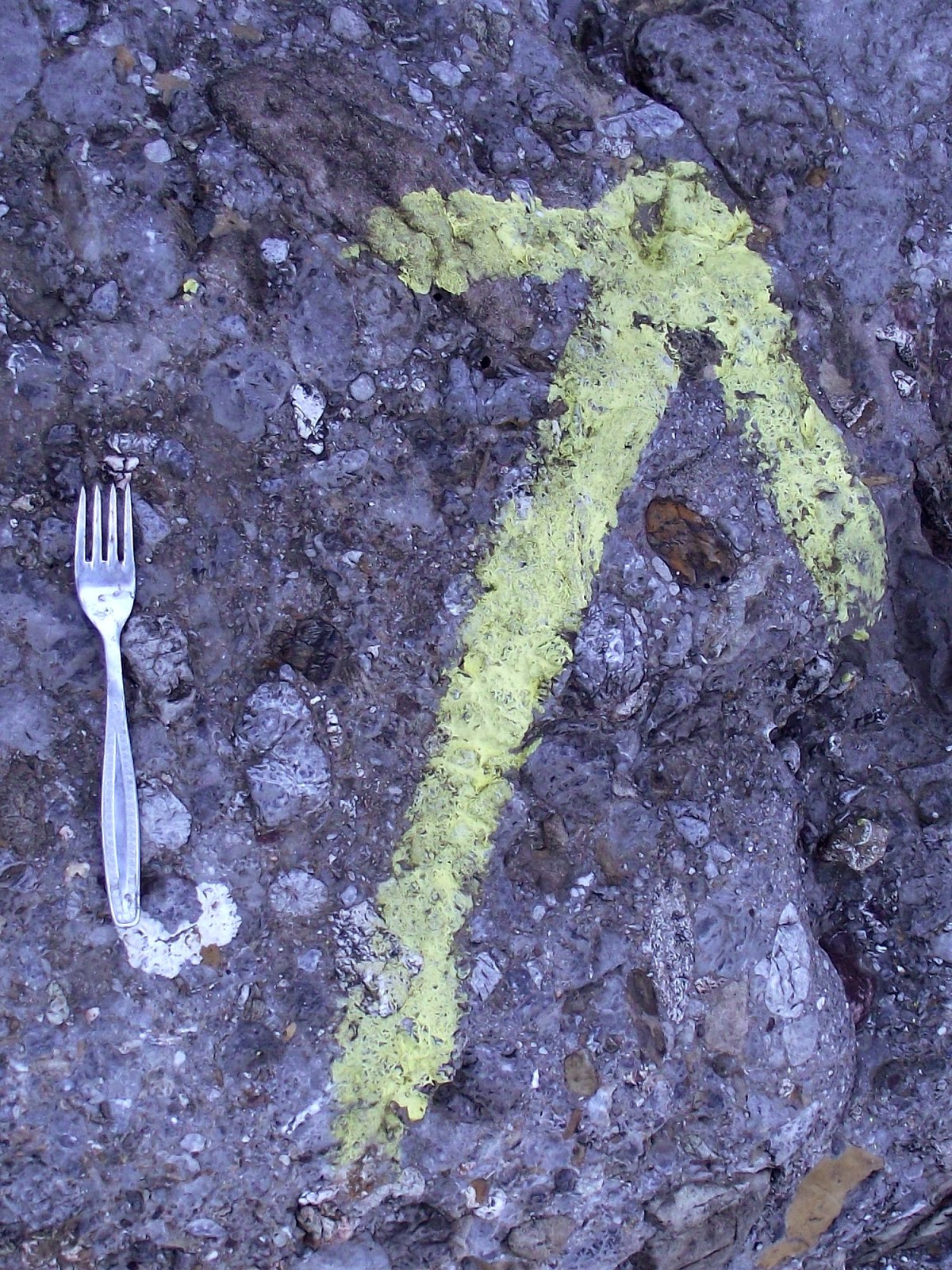 And now, having assured myself that they are still thriving here, I am going to turn back. You carry on if you wish. The way is well marked, just bear right at the fork in the track (no I didn’t bring it with me for a cheap photographic joke – honest) and in another couple of hours you’ll reach the little village of Orino where you can get a much needed drink and a bite to eat.


For those who don’t fancy the trek let’s see if we can find a few more butterflies on the way back through the pines.

Plenty of Small Whites and I’ve counted at least half a dozen more Red Admirals but here, flitting through the dappled shade, is another member of the Nymphalidae family; the Speckled Wood.

This family of butterflies is recognisable by their forelegs which are rather small in most species and sometimes give the misleading impression that the butterfly has only four legs.

No time again to talk about the other things that we've encountered along the way such as the ants and the different species of Anemone but there's always more going on on our  facebook page: Steve's Naturalists Group

Until next week – good hunting and I'll leave you with a couple more pictures of Red Butterfly Gorge: 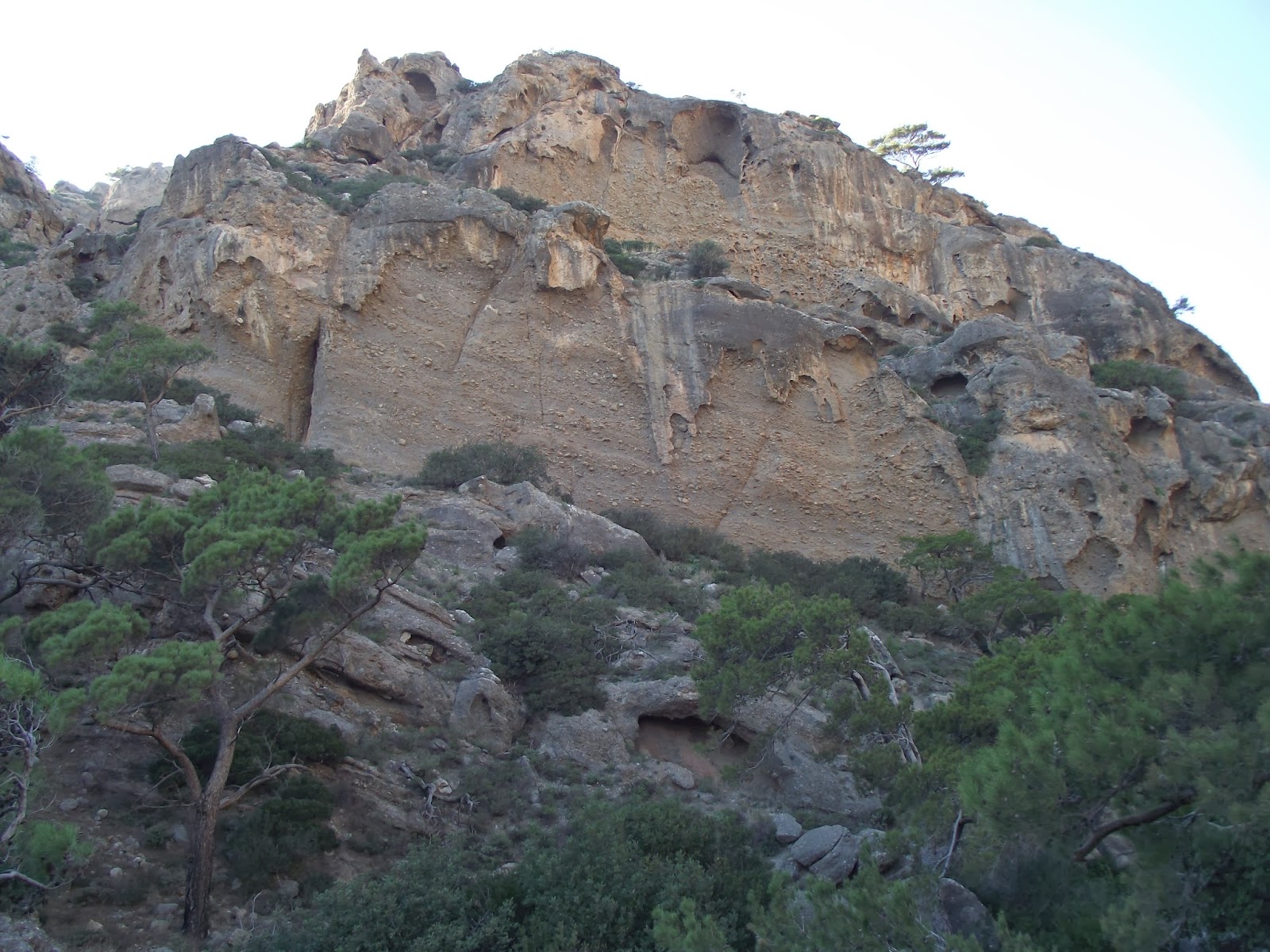 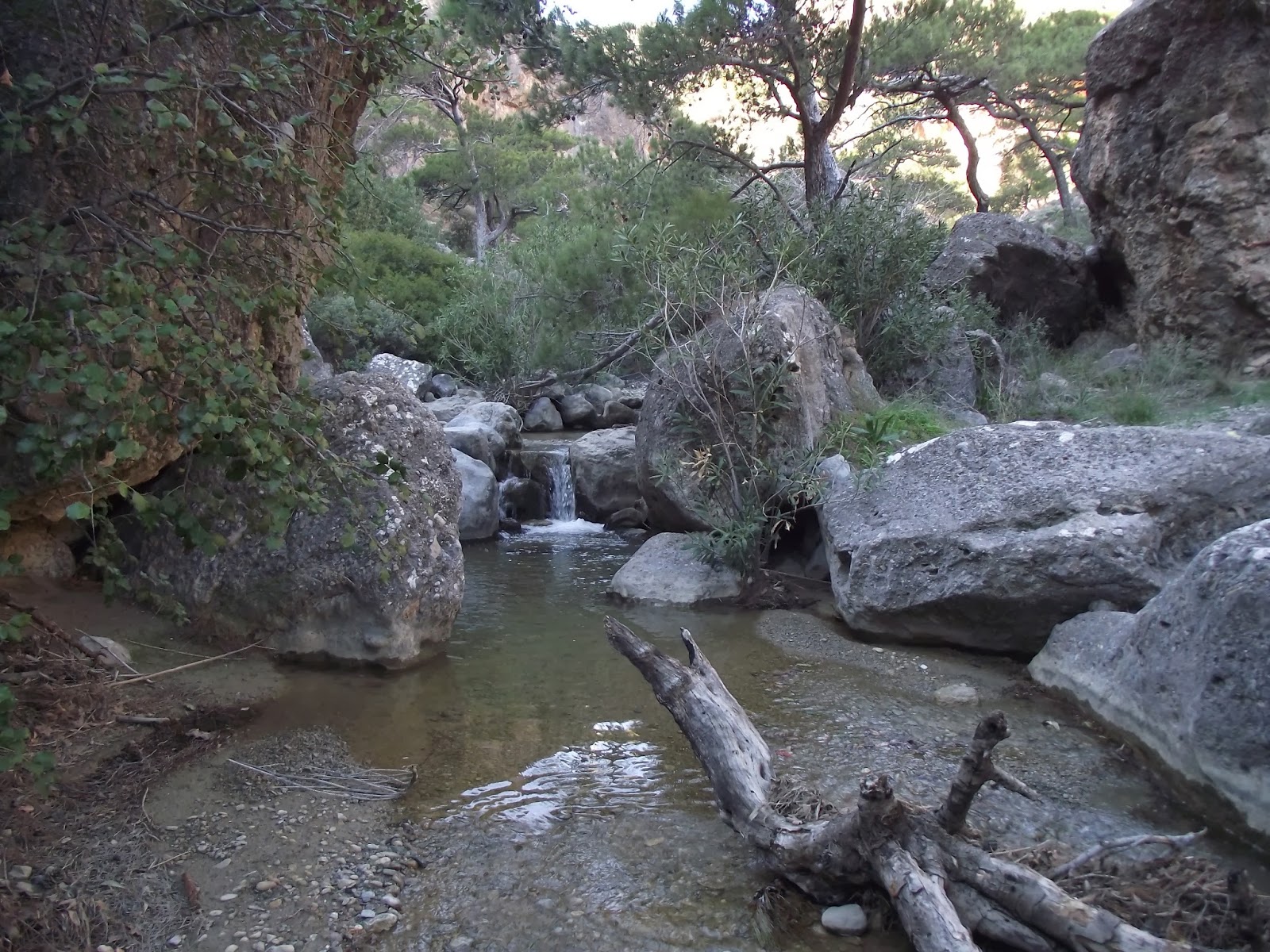