Gallivanting in the Grasslands

To read in other languages use: Google Translate 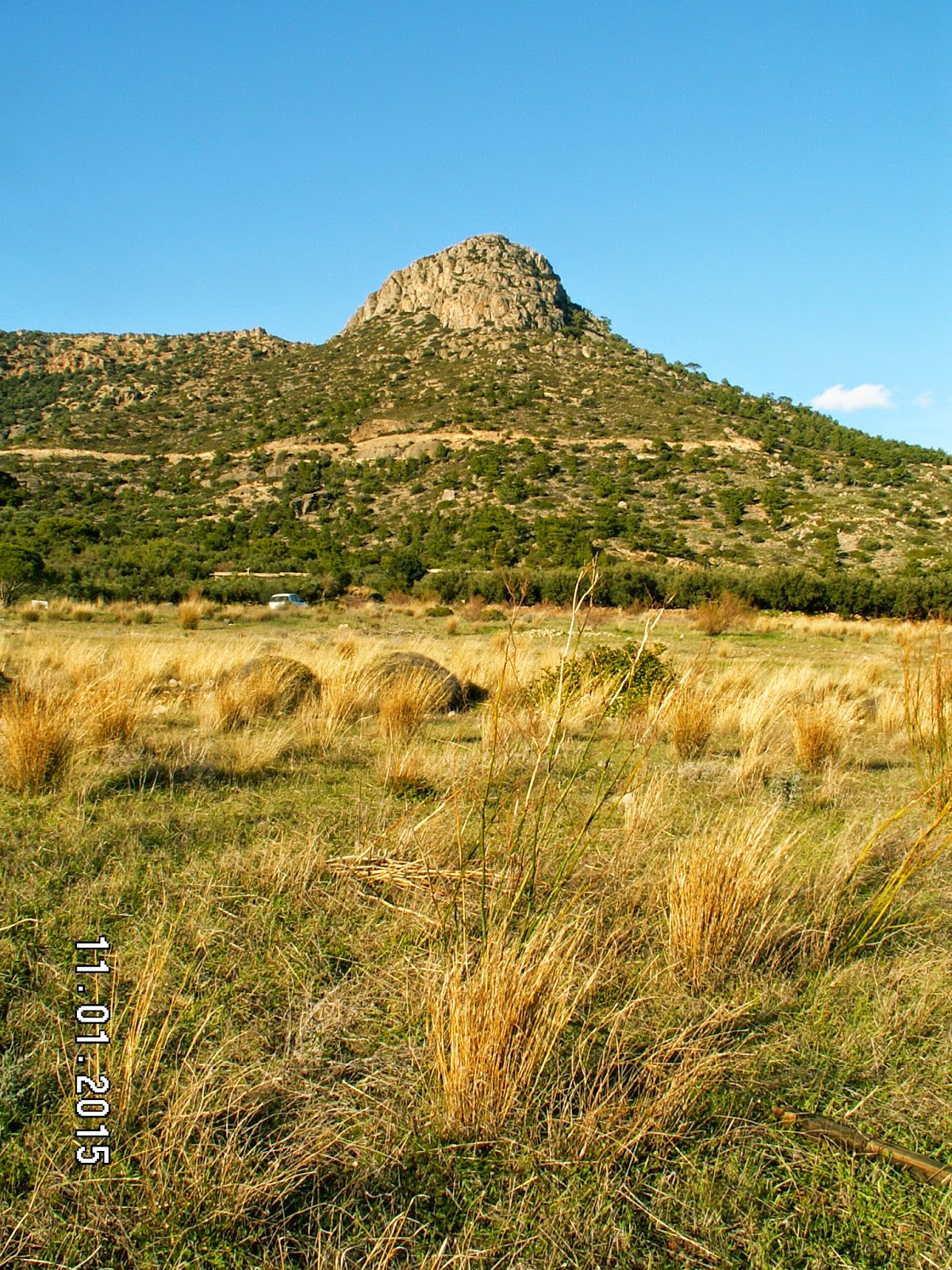 Grab the sweep nets and we’ll take advantage of this rare sunny afternoon and go somewhere we haven’t been yet. The weather has thrown everything at us this week: hail, sleet, storm force winds and we’ve had the lowest January temperatures for ten years or more. There is even a tattering of snow on the Thriptis Mountains – something we don’t usually see until February which is when we generally have our two weeks of wintery weather down here in the south east of the island.

This is a lovely area of grassland just a kilometre or so up the hill and we’re particularly looking for grasshoppers today but I’m sure we’ll find many other interesting things besides so, select your patch of grassland and get sweeping.


Many grasshoppers, as their name suggests, spend their lives hopping through grass in great, prodigious leaps often augmenting this with short, whirring flights. This makes them relatively easy to catch with a net; you just have to disturb one, watch where he lands and which direction he’s facing then make a low sweep towards his head. Invariably he’ll jump straight into your net. By their very nature it’s difficult to get the close-up shots you need for identification while they’re hopping about like Tiggers on springs so I always carry a small plastic box with me to temporarily contain them while I photograph them from a variety of angles. When you let them go they often sit for a moment to get their bearings so you can photograph them in their natural habitat. That’s a nice one you have there, one of the Slant-faced grasshoppers. From the markings on the pronotum (between the head and the main body) I should say either Chorthippus biroi or Chorthippus bornhalmi.


While we’re sitting here on these sun warmed rocks admiring our captures have you noticed that we are surrounded by a sea of green leaves with purple blotches? As the leaves are grouped in threes you may be forgiven for thinking that it is a type of clover but it is in fact the leaves of what is commonly known as the Bermuda Buttercup. A strange name as it is neither from Bermuda (it is originally from South Africa) nor a Buttercup (it is a type of Wood Sorrel). Very soon this area will be covered with its bright yellow flowers attracting insects by the score. And dotted between them will be some different, leafless plants with purple and white flowers. These are Broomrapes and the reason they are leafless is that they don’t photosynthesise like most plants but are parasites on the Wood Sorrell. They drain nutrients from their root systems proving that even in the plant world there is more than one way of making a living.


And if we probe down here between the stems I think I see… yes I do… the first mushroom of the season. Small but beautifully formed it’s one of the gill mushrooms. Edible? Quite possibly, many of them are but I wouldn’t want to risk it without checking it out thoroughly. We’ll have to go fungus foraging sometime in the next few weeks and do a bit of identification work on the fungi we find. Meanwhile it is starting to cloud over as evening begins to draw in and that mushroom has whetted my appetite so we’ll wander back down the hill, have a nice hot cup of tea and some crumpets then have a look at some of our home based projects.

Now that we’re all suitably refreshed you may recall that last week we constructed a desk top mossary and found a couple of insect eggs amongst our moss samples. Well the moss is thriving even though the eggs haven’t hatched yet but we do have a development. In one corner a few silvery threads of mould have appeared. Moulds are part of the Fungi kingdom of course, the same as the mushroom, and incidentally, led to the development of antibiotics. We’ll let it mature a bit and then have a look at it under the microscope because they’re quite fascinating forms of life and really quite pretty when you get to know them.


You may have noticed that just outside the lab we passed a bird table on the way in. we used to get warblers, tits and all sorts coming to the table but the most I’ve seen this winter is four sparrows. A sad reflection on the state of the small bird populations in Europe but with such limited numbers it gives us the chance to study them as individuals rather than just counting their numbers. I was listening to a radio programme the other day about animal personality and was delighted to hear that someone had actually detected personality traits in Sea Anemones. So I thought that this year we’d take a closer look at the personalities of some of the animals that we see every day starting with Alice and Beatrice. The dumpy little lady on the right is Alice and she is first to the table in the mornings. She’ll sit down to a full breakfast with scarcely a glance up. Beatrice on the other hand is far more wary, only coming down to the table when she is sure that it’s safe, grabbing a few mouthfuls and flying off again, only to return a few minutes later to repeat the process.


So who has the greatest chance of surviving to pass on her genes? Is it slow and steady Alice who ensures she gets her fill but could fall prey to any passing cat or sparrowhawk - or fast and flighty Beatrice who may find that Alice has had all the food? It will all depend upon the balance between food availability and predator activity. In all walks of life there are times when fortune favours the bold and times when discretion is the better part of valour which makes the study of individual animals (including the human animal) such a rewarding pastime.