How to Help a Planet


We had a wonderful year together in 2014 looking at all the fascinating aspects of nature in the South East of Crete and sometimes beyond. Identifying plants, birds and insects and finding out a little bit about them. There will be more of the same this year but we’ll be looking deeper into what happens and why in the natural world. So be prepared to get your hands and knees dirty as we get down close and personal with nature.

But first, some phenology. There are a few birds that I recorded in January between 2004 and 2010 that I haven’t seen in January since. These are: Chaffinch, Dunlin, Pied Flycatcher and Kestrel.  So let’s go down to the olive groves near Long Beach where the undergrowth is not too dense and see if we can find some Chaffinches and maybe a Flycatcher. Here we are and what a pleasant greeting – a pair of Painted Lady Butterflies pirouetting in the sunlight. You toddle off over that waste ground where there are plenty of posts and things which make good vantage points for Flycatchers to ambush unwary insects and I’ll scour the olive grove for Chaffinches.  We’ll meet back here in an hour and compare notes. What have you found? Plenty of White Wagtails and a nice Stonechat but not a hint of a Flycatcher, Pied or otherwise. No matter, it’s all useful data. I’ve had a little more luck. I’ve found some skylarks running around but also three or four Chaffinches.

While we’re here I noticed a damp hollow with a couple of red dragonflies darting about. Both the Common Darter and the Scarlet Darter are on our “to find list” for January so let’s go and see if we can identify them.  That’s a bit of a surprise, a Red-veined Darter. She’s rather an elderly lady which is only to be expected as I generally see them no later than November. See the yellow patch at the base of the wing? That’s one of the identification keys. The Scarlet Darter has a bright orange patch and the Common and Southern Darters have none at all.

Back in Victorian England in the nineteenth century there was a passing fad for creating Mosseries, either in the garden or in glass jars called terrariums, and I thought we’d have a go at reviving the fad by starting our own this winter (you can all join in with this one. I’ve put some simple instructions up in the Naturalists Group on Facebook). Mosses are plants of course and along with Hornworts and Liverworts make up the phylum Bryophyta. Mosses are totally distinct from flowering plants in a number of ways, one of which is that they start life as spores rather than seeds.

These spores develop into thread like structures called protonema and become sexually mature as gametophytes. These are responsible for producing sperm and eggs and produce the familiar carpet of moss. The long stilts which poke up from this carpet are called sporophytes and the capsules on the end (called sporangia)  contain new spores which starts the whole cycle again.

It looks like our mossary may become an insectarium as I’ve just discovered some little yellow eggs in amongst our moss scrapings. I haven’t a clue what they are although I’d hazard a guess at some sort of fly. We’ll just have to wait and see if they hatch.

This is a brief taste of what’s to come this year. We’ll be out and about together trying to fill in the gaps in the phenology record and making a lot of new observations (and maybe some new discoveries). I’ll be starting a few projects to get your teeth into (and they’re not just for children – there’s no reason why an erudite professor of physics or a CEO of an international company shouldn’t have a mossary on their desks); and I dare say we’ll have more lunches and a few courtyard chats like we did last year. 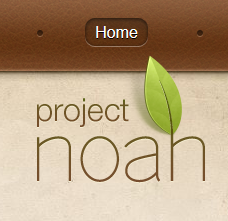 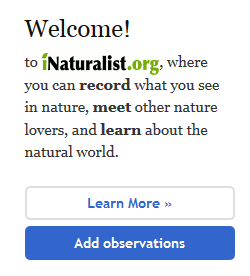 As a species we need to know a lot more about the planet we live on than we do at present. If we are to continue to evolve and survive the sixth mass extinction into which we have put ourselves and all other life on Earth with reckless abandon then every scrap of information counts. So get photographing and get involved with data collectors such as iNaturalist or Project Noah and add your observations. One to add to your New Year’s Resolutions this year: make a contribution to world knowledge. Until next week – happy hunting.