In last week's #CreteNature blog we found a beautiful ivy hedgerow buzzing with life. Ivy has been associated with the Winter solstice since pagan times but in Germany they traditionally tie it to the outside of a church. Is this to protect it against 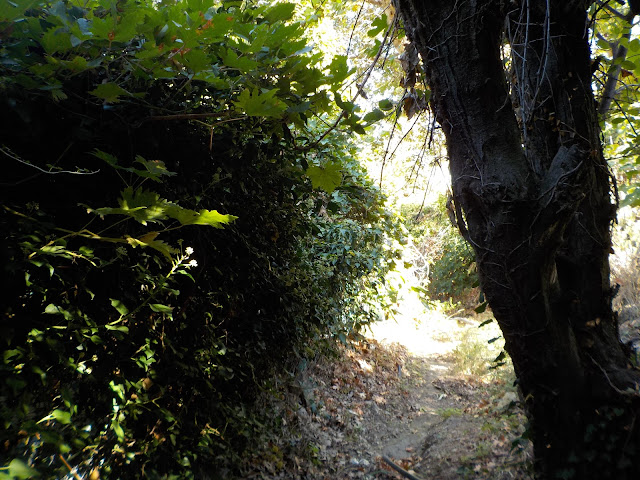 Somewhat surprisingly the answer is lightning. Why this should be is a matter of speculation; perhaps someone observed that ivy covered trees did not get struck by lightning so often as bare trees? A similar thought was held by the druids who believed that Ivy's Christmas counterpart, Holly, if self seeded near a dwelling, would protect the inhabitants from fire, nightmares and, once again, lightning.

More seasonal nature notes and other trivia in this week's #CreteNature blog: The Springs of Paraspori
at November 05, 2017
Email ThisBlogThis!Share to TwitterShare to FacebookShare to Pinterest
Labels: #Cretenature, Christmas, holly, Ivy, pagan traditions