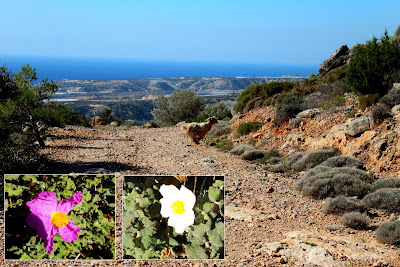 Rather a scenic little walk this morning as we continue along the track eastwards along the southern slopes of Agioi Saranta musing among the mysteries of nature as the goats pecefully levitate about a foot above the ground. (OK, so I caught him in mid air as he dashed across the track; don't spoil the llusion). Last week we were looking at the rock rose family, the Cistaceae, with that little Fumana we found. There are a couple more examples here; the Pink Rock Rose (Cistus creticus) and the white Sage-leaved Rock Rose (Cistus salviifolius). The essential oils from the leaves are used to combat psoriasis and eczema and are also held to be effective against acne and wrinkles. I wouldn't advise trying it here and now, it will just highlight your wrinkles a nice shade of green. It is a useful plant in the field though as, applied to cuts, it stops the bleeding and disinfects the wound. 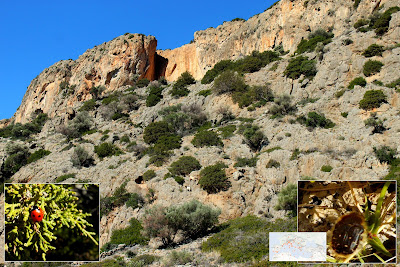 I see that the goats are heading for that little cave up there, probably their Zen Temple. Meanwhile, closer to the ground it's nice to see some beetles emerging into the world. Our old friend the 7-spot Ladybird is exploring this Juniper Bush and down in the undergrowth is this hairy litle flower chafer (Tropinota). These start to appear about now, peak through the spring months and then tail off in June and July after which you rarely see them until the following year. You'll mainly find them around the Mediterranean but one adventurous little soul has been spotted and verified in The Ukraine. 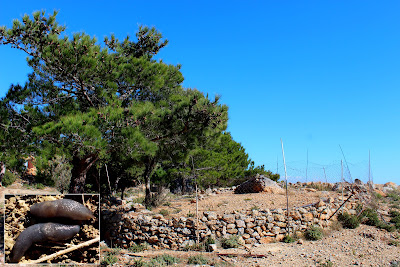 Signs of humans on the landscape: a large, circular, raised compound; filled with earth and fenced in – possibly to stop that large rock from escaping. To be honest, I have no idea what it's for but I highly suspect that it has something to do with goats. From our point of view the area is littered with construction debris such as this plank of wood. I wonder if anyone is underneath? A pair of Smooth Land Slugs of the Deroceras genus cosying up together. Slugs are not everyone's favourite animal but some people, such as Dr Heike Reise in Germany, examines these creatures in intimate detail. Very intimate in the case of Deroceras. Apparently they have a huge range of different shaped penises, “some of them truly bizarre” to quote from her paper in the American Malacological Bulletin1. Who knew? 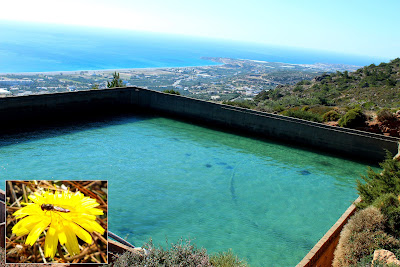 More signs of humans on the landscape. These cisterns are dotted around the hills of Crete, collecting water from the mountains and delivering it to the greenhouses below. A good place to sit and watch for a bit as I've spotted a pair of Crag Martins swooping in low for a drink. As usual when you set up a camera the birds buzz off to pastures new. Never mind, there's a nice little Hoverfly here so if I just change camera settings... the Crag Martins come back. Reset the camera, focus in... and they're off again. They're just having a laugh, aren't they? 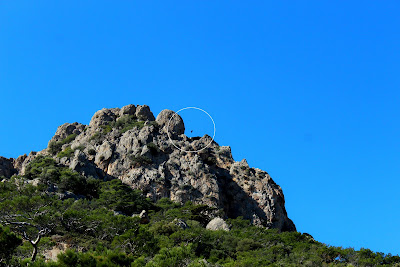 We're nearly at the end of today's little jaunt and up to our left is that promontory of rock which I think we'll name Ravenscrag for reference. Last week we were watching a pair of ravens which we named Huginn and Muninn (from Norse Mythology) and decided to keep an eye on them to see if they are a breeding pair. I've been watching them for the past half hour and they certainly seem to have made Ravenscrag their home. There's one of them now look; just coming in to land. Maybe we'll get a better view next week when our journey takes us around the back. 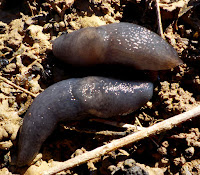 1 A review of mating behavior in slugs of the genus Deroceras(Pulmonata: Agriolimacidae)* Heike Reise