Down by the Derwent


That Wordsworth was a romantic fellow: “I wandered lonely as a cloud..” I mean, I ask you, has anyone seen a lonely cloud in Cumbria? Ever? Had he been of a more pragmatic turn of mind he may have come up with something like this… 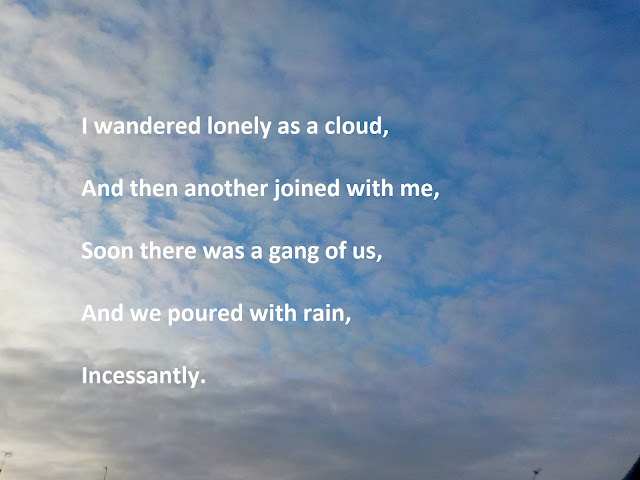 But these are fair weather clouds so let us take a stroll together down by the Derwent, starting by its confluence with the Cocker where Jennings’ brewery nestles comfortably between. This magnificent old tree, dominating the foreground, has a large spherical growth larger than a football. This is a canker and is the tree’s reaction to an invasion by small sac fungi, probably Botryosphaeria stevensii. 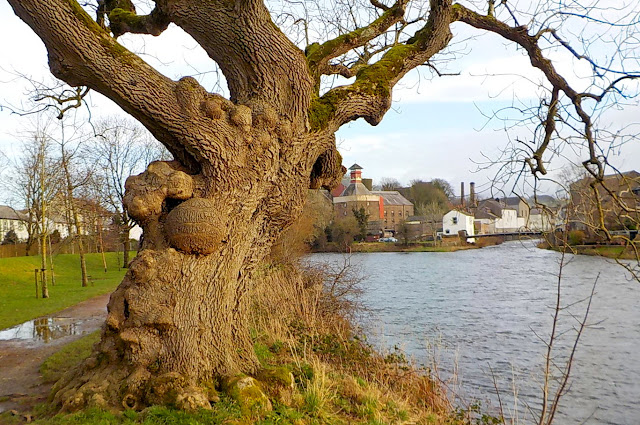 At this point we must leave the river bank, climb a stile and take to the fields where a group of Corvids are feeding. More than a third of all birds in the family Corvidae are in the type genus Corvus which includes the rooks, crows, jackdaws and ravens which can be difficult to tell apart. Jackdaws have a grey nape, pale grey eyes and call ‘chack’; ravens are much bigger than the other three and call ‘cronk’; crows and rooks are all black and of similar size with a similar cawing cry. The easiest way to tell them apart is from their beaks: black:crow [bc] white: rook [wr] – [bc] are together at the beginning of the alphabet, [wr] are towards the end of the alphabet. 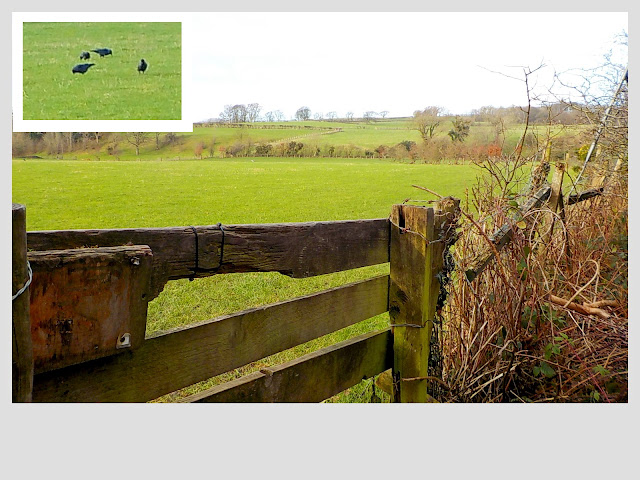 Here in the hedgerows holly and hawthorn provide berries and haws for birds such as this blue tit. There are also great tits, sparrows, chaffinches and goldfinches around and that whirring, brindled body that just scurried off in the field on the other side of the hedge was either a partridge or a hen pheasant. 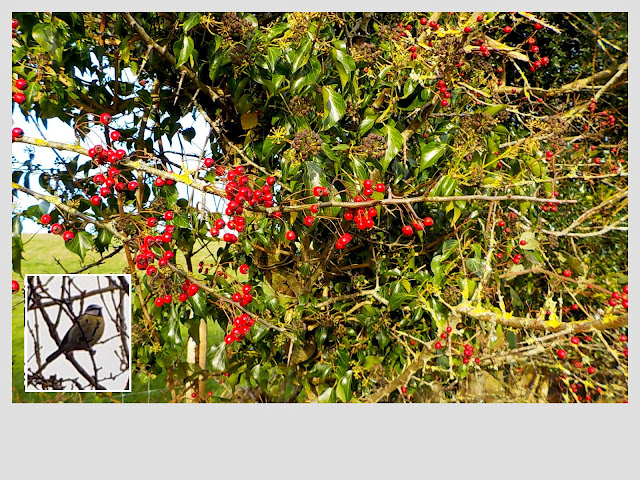 Back by the riverside we have a welcome splash of yellow, the flowers of an Ulex bush, commonly known as gorse, whin or furze. I wonder if it has attracted any insects? In a word, no. Insects and other creepy-crawlies are very thin on the ground still at the moment. 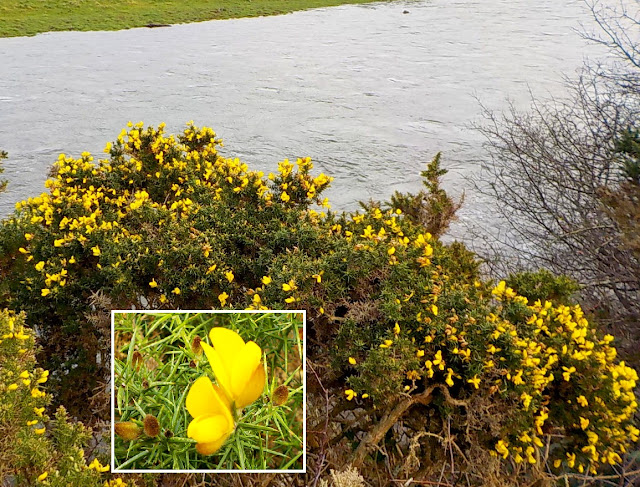 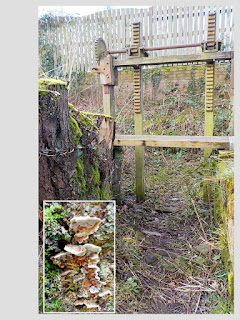 This bit of ironmongery is a sluice gate and it has been here since at least 1700 and was used twice a year to allow the gote, or ditch, behind to be cleared. The gote was a fast running ditch, or race, used to power the mills that were built along side it. Hence its name; Gote Mills Race. Lurking behind the felled tree to the left is a beautiful colony of bracket fungi. 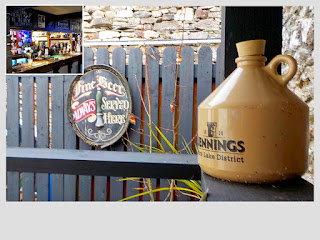 For those of you who have followed my blog regularly it will come as no great surprise that at the end of a good morning’s walk I like to suggest that we rest awhile at some local hostelry. Today is no exception so I suggest that we adjourn to my favourite hostelry on Cockermouth’s Main Street, The Bush.

Although insects and other creepy-crawlies are very thin on the ground still at the moment that’s no reason not to buy a book about them. Get to know them before they arrive in all their varied forms.