Glasson Moss and The Other Fossil Fuel 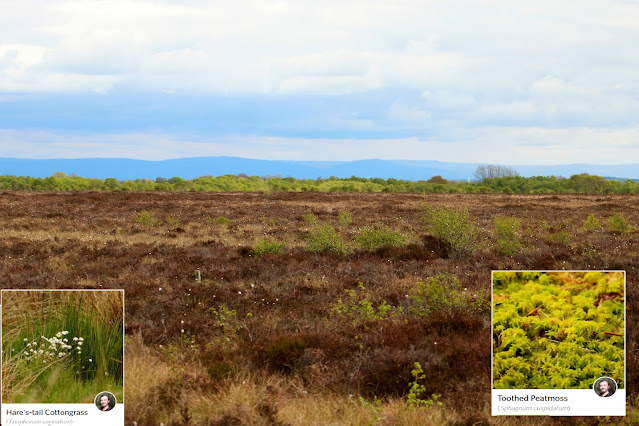 We all know the three major fossil fuels; coal, oil and gas but today we're off to a peat bog. Peat is sometimes referred to as the forgotten fossil fuel and is rarely used outside of Scandinavia and the British Isles. It's an amazing material formed by partially decayed organic matter and, what's more, it's terrific at storing carbon. So terrific that the International Union for the Conservation of Nature have calculated that peatlands store more carbon than all other vegetation types in the world combined. The important plant in this ecosystem is this Sphagnum moss. The green bits that you can see contain the usual photosynthesising plant calls, but underneath they have special, barrel shaped cells that soak up water like a sponge, thus creating the bog. Bogs are very acidic and only certain plants, like the Hare's-tail Cottongrass that you can see dotted about, can tolerate these conditions. 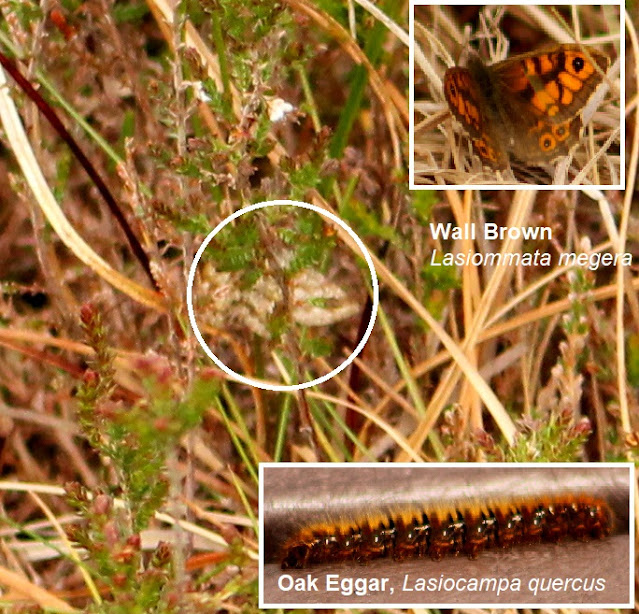 Another plant that loves these acidic conditions is Heather which is why we're seeing a lot of Oak Eggar caterpillars about. Despite its name (which derives from the fact that its coccoon is said to resemble an acorn) its preferred caterpillar plant foods are Heather and Bilberries. We also have a Wall Brown butterfly making a flying visit and a small moth hiding in the heather that I can't identify. 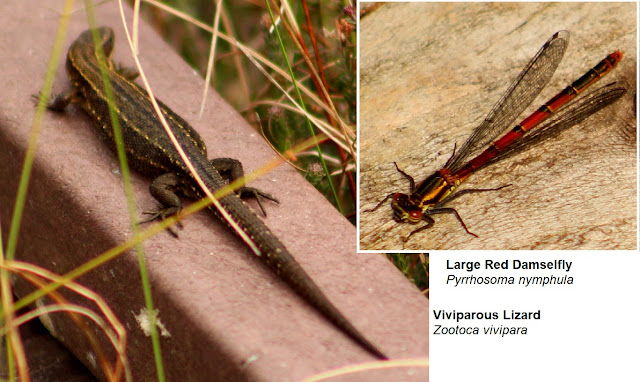 To stop our feet getting wet, volunteers have laid hundreds of metres of boardwalks, and as these warm up in the sun, Large Red Damselflies and Viviparous Lizards come out to bask. How do you tell a damselfly from a dragonfly? Dragonflies rest with their wings outstretched, damselflies fold them back in line with their bodies. (One of the many tips to identification that you'll find in The Quick Guide to Creepy-Crawlies). 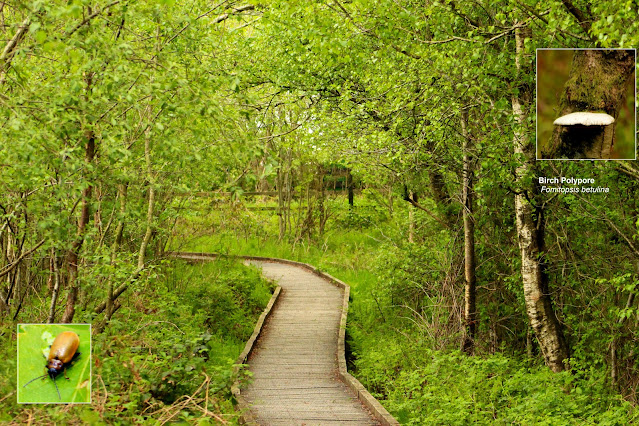 As we come to the edge of the bog we come into a small patch of Silver Birch. On some of the dying stumps of trees we have Birch Polypore bracket fungi growing. These grow almost exclusively on birch trees and are also known as the razorstrop fungus because that was what they were traditionally used for. And for those of you who don't remember the days before the disposable safety razor, razor blades used to resemble single blade penknives and had to be regularly sharpened by whetting the blade, back and forth on a strop. We also have a number of small beetles on the leaves. I haven't had them confirmed as yet, but I think that they are Heather Beetles, Lochmaea suturalis. 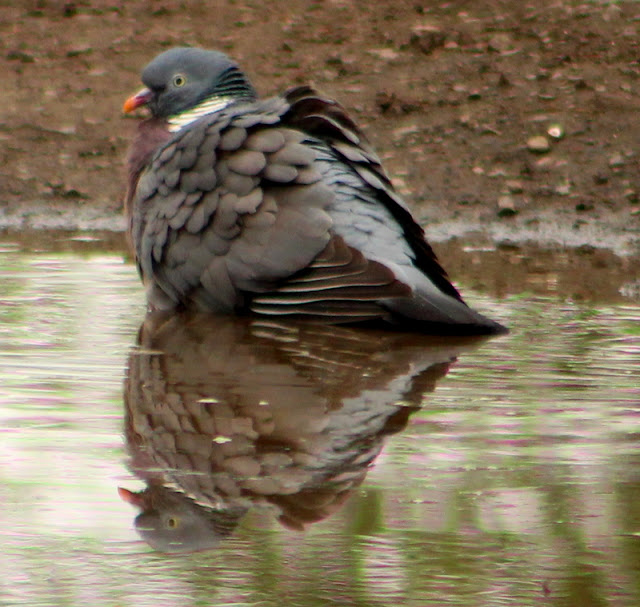 I haven't mentioned birds yet, but they've been about. Mainly Chaffinches and a few Blackbirds but for most of the morning we've been accompanied by the call of a cuckoo, the first I've heard this year. And for those of you who only read this blog for the birdie bits, here's a Wood Pigeon taking a bath on the track into the nearby village of Glasson.