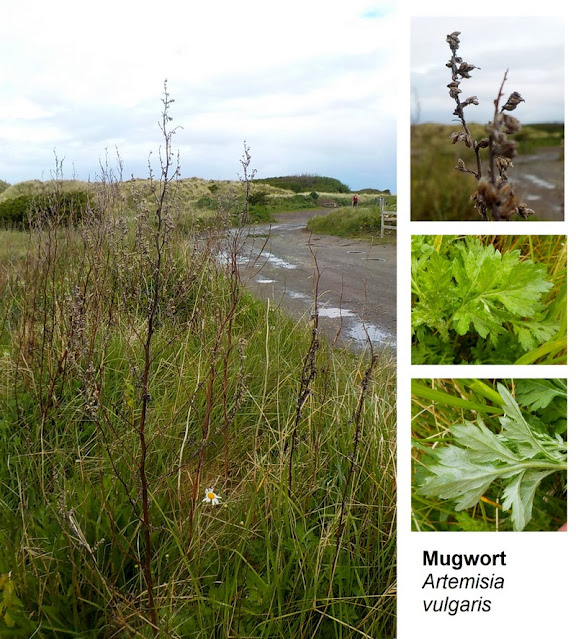 We're off to Silloth West Beach today, in search of a somewhat drab looking plant called Mugwort. Drab it may be, but it is the first of the nine sacred herbs listed in the 10th century herbal, the Lacnunga. You can stuff your pillow with it for sweet dreams, beer was brewed with it before hops as a medicine, or you can put it in your bath water for an invigorating soak. Personally, I'm going to put it in my pipe and smoke it. I started smoking many years ago when fags were cheap and apparently good for you (according to the adverts). Nowadays, they are ridiculously expensive and, so we are led to believe, can kill you at twenty paces. Mugwort, so I am told by other pipe smokers, can gradually wean one off nicotine by gradually increasing the ratio of mugwort to tobacco in your pipe or roll-up. Worth a go. I'll let you know. 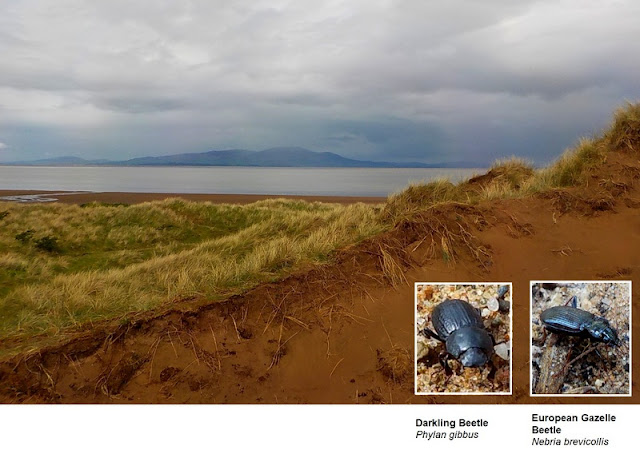 Now that I've collected a bag of young leaves with which to experiment, let's go and see if we can find any Northern Dune Tiger Beetles. In a word, no, but we'll find one some day. We do have a couple of other beetles though. This first one is a Darkling Beetle. There are over 500 species of these, but this one, Phylan gibbus, is a bit of a dune specialist. The other, beautifully shiny metallic green one, is a European Gazelle Beetle, Nebria revilcollis. Lovely over here in Europe, where it belongs, but it has taken to voyaging the Atlantic and is now invading North America. 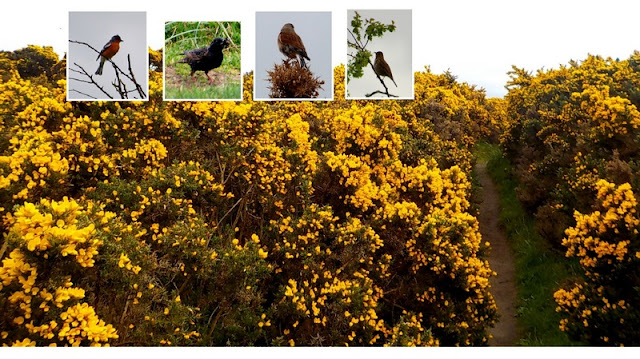 Behind the dunes, we have a magnificent stand of gorse and small trees which the birds are absolutely loving. There's a resplendent male Chaffinch, singing from a high branch; a Starling foraging for insects and other arthropods around the roots; a camera shy Linnet; and a Song Thrush competing with the Chaffinch for volume, and winning by quite a few decibels. 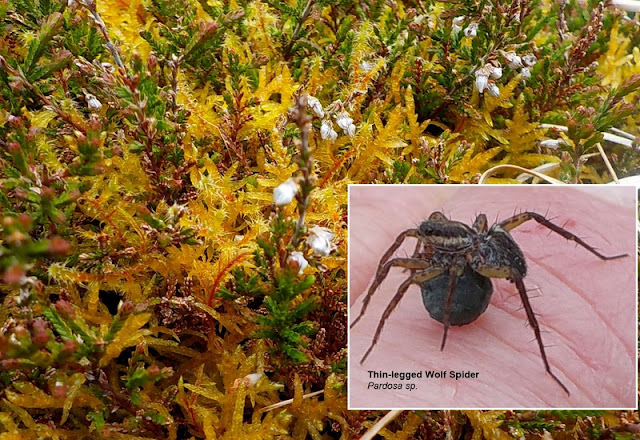 A tiny flash of blue has just caught my eye in that heather and moss down there. Let's dive in and see if we can find the owner. It's a lady Wolf Spider, carrying her brood in a sac (Wolf Spiders are the only spiders that do this). I'll just see if I can tempt her to come to my hand so that we can see her better. Here she is, sweet little thing. When the spiderlings hatch, they will run up her legs, presumably using those convenient spines, and settle on her back for several weeks, until they are able to fend for themselves. I'll put her back and let her go about her business. 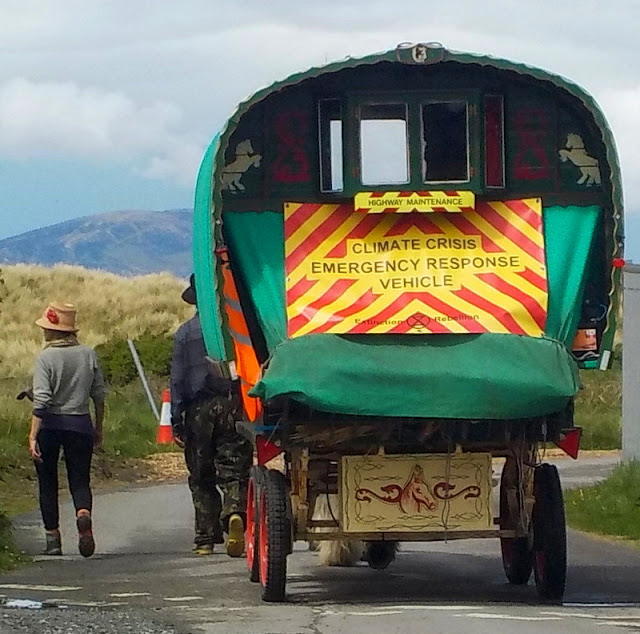 As I am writing this, Jeremy Vine is hosting yet another programme about Covid. I don't know about you, but I think that too much coverage of a subject can create public apathy, even resentment and eventually become counter-productive. I've noticed this with with other things such as antisemitism, racial equality and gay pride. Highlighting issues is one thing; shoving it in people's faces all the time is quite another. Unfortunately, I can see the same thing happening with climate change. If you want to get a message across – do it with a smile, like these guys!

Steve's Nature Plus Minibeast Monday * Podcast Tuesday * #CumbriaNature Wednesday * Foraging Friday * and other odd bits as they happen throughout the week.

Steve's Gallery If you'd like to see some of the pictures in more detail, you'll find them in the gallery. These are also available for prints or digital downloads for commercial or scientific use.