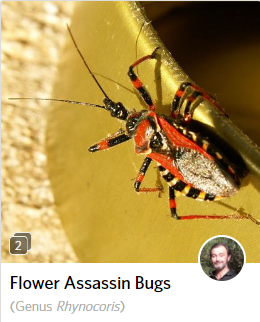 Let us clear up a bit of confusion. What, exactly, is a bug? In general terms it is used to denote any minibeast with legs, particularly in American English. To a naturalist, however, a bug is something more specific. Welcome to the Hemipteroid Assemblage. This is an umbrella group of insects containing Lice, Booklice, Thrips and a large group of mainly sap sucking insects called the Hemiptera often referred to as the True Bugs, although this term is also used for the sub-group Heteroptera. 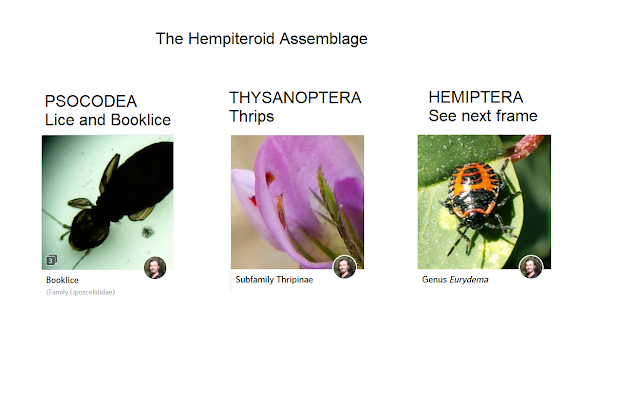 The Hemiptera is a very diverse looking group of insects (some of which don't even look like insects at first glance) which includes such things as Psyllids, Cicadas, Scale Insects, Aphids, Moss bugs and Leafhoppers. 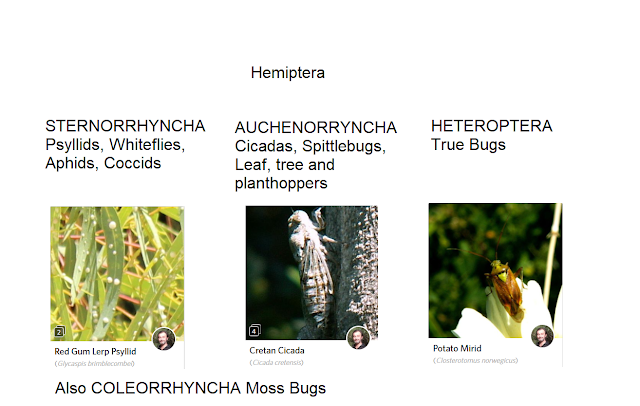 It also includes the HETEROPTERA, which are more typically 'bug like' in appearance. The picture below shows the three groups that you are most likely to come across when you're out and about but there are also four other groups: 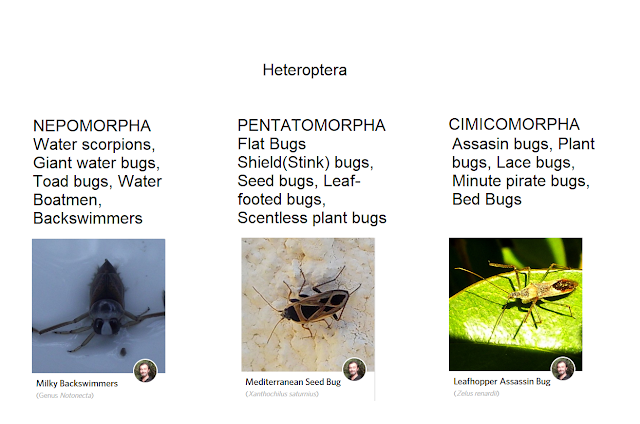