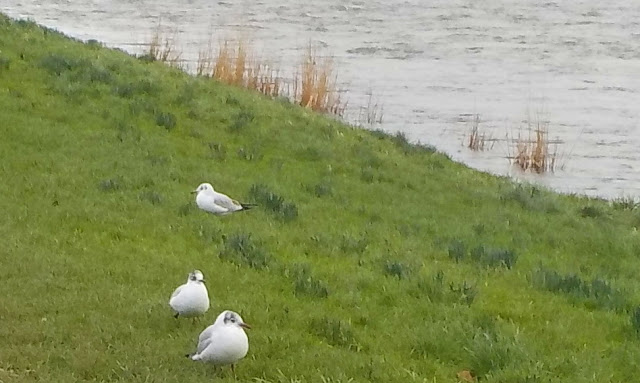 Sometimes, things are so common that you tend to overlook them, and pass them by without a second thought. For me, the Black-headed Gull is one of those. Seeing this trio in Memorial Gardens during the week prompted me to find out a bit more about them. The only thing that I really knew was that they were not black headed, more of a dark chocolate brown, and that only in the summer. These are still in their winter plumage.

Here are a few seabird books you may like to add to your natural history library.
All the best,
Steve