A Corpse Road in Cumbria 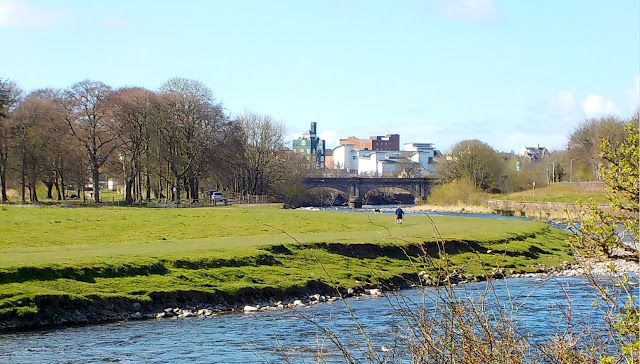 One of my birthday presents earlier this month was a small tome entitled The Corpse Roads of Cumbria by Alan Cleaver and Lesley Park. These paths, in centuries gone by, were used to transport the dead from remote villages to churches with consecrated burial grounds. One such path leads from Workington to St. Peter's at Camerton. Why anyone should want to lug a coffin three and a half miles along the banks of the Derwent to a remote church, when there were perfectly adequate churches with consecrated grounds in Workington itself, is a matter for conjecture. Whatever, it means that three centuries later we have a very pretty, and very interesting, right of way, ideal for a springtime stroll. So come with me, and let's explore. 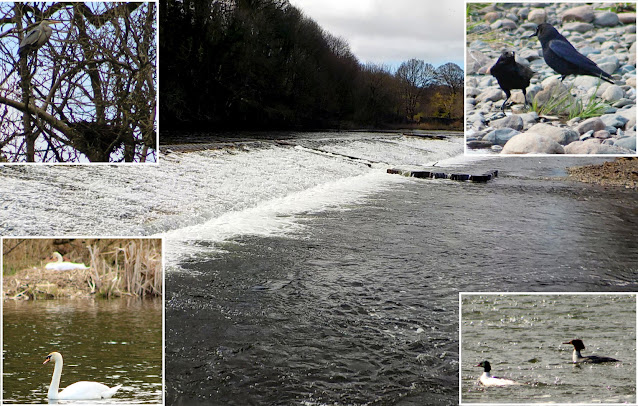 About half a mile upstream we come to the spectacular Yearl Weir. This is a favourite spot for fish eating birds. This year's heronry is under construction in the trees behind and down below the weir a pair of Mergansers are looking for breakfast. Even the Carrion Crow is scavenging for titbits along the bank to present to his lady love. Meanwhile, just upstream from the weir the Mute Swans have concluded their courtship and the pen is already upon the nest whilst the cob patrols nearby. 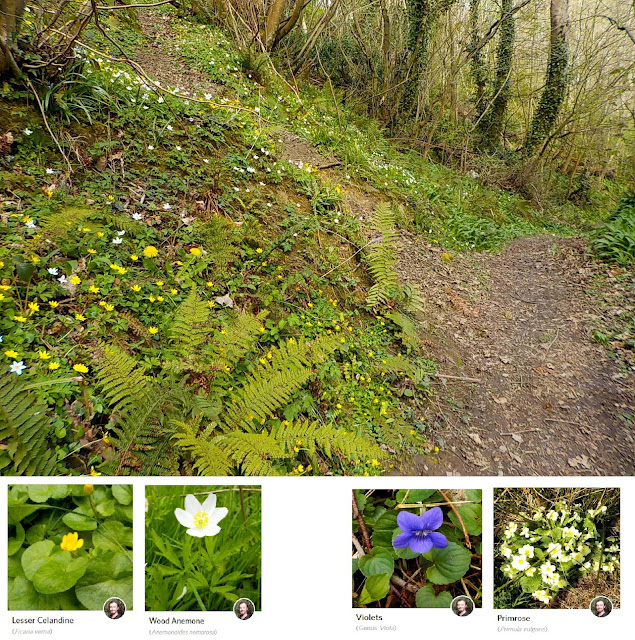 The path rises over a hill and descends steeply through a wood. (Tallest pall bearers to the front, please). The ivy bedecked trees are surrounded by ferns, and the banks are strewn with Lesser Celandine, Wood Anemone, Primrose and Violet. A few Bluebells are just beginning to show and the wood is full of birdsong. 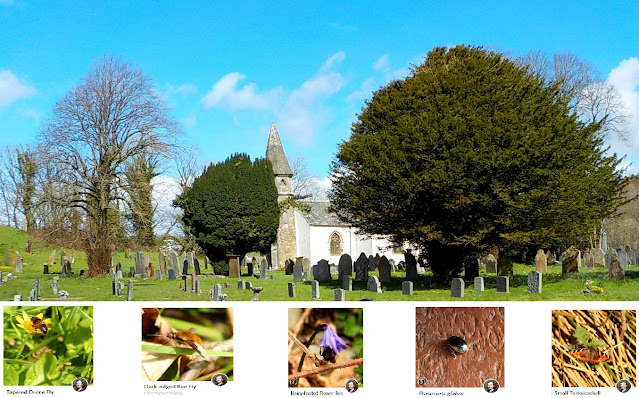 And this is our destination: St. Peter's church. We can sit overlooking the river and have a picnic lunch on the far side. I see that the bench is currently occupied by a small beetle. This is a Leaf Beetle, who goes by the name of Prasocuris glabra (See Getting to Know Your Beetles, you'll find them under POLYPHAGA – CUCUJIFORMA). This is by no means a common beetle, UK Beetle Recording only have 253 sightings over the last two centuries. There are also Bumblebees about as well as Drone Flies and Bee Flies pretending to look like bees, and a Small Tortoiseshell Butterfly (there seem to be a lot of these about this year).

As we make our way back through the fields it's nice to watch the rabbits amicably sharing the lush grass with the new lambs. This really has been an idyllic walk.