Walking With Romans at Derventio

I live in an old corn mill on the banks of the River Derwent, on the borderline between the town of Cockermouth and the village of Papcastle. A quiet little spot in the north west of England, but it hasn't always been so. Go back one thousand nine hundred years to 122AD, when the first foundation stones of Hadrian's Wall were being laid, and Papcastle was a thriving metropolis, and known, in those days as Derventio. It was a major fort and settlement at an important crossroads between Luguvalium (Carlisle), Tunnocelum (Moresby), Alauna (Maryport), and Voreda (old Penrith). Part of the road between Derventio and Alauna (where there is a great little Roman museum) still exists as a footpath, and this is where I'm going to take you today. 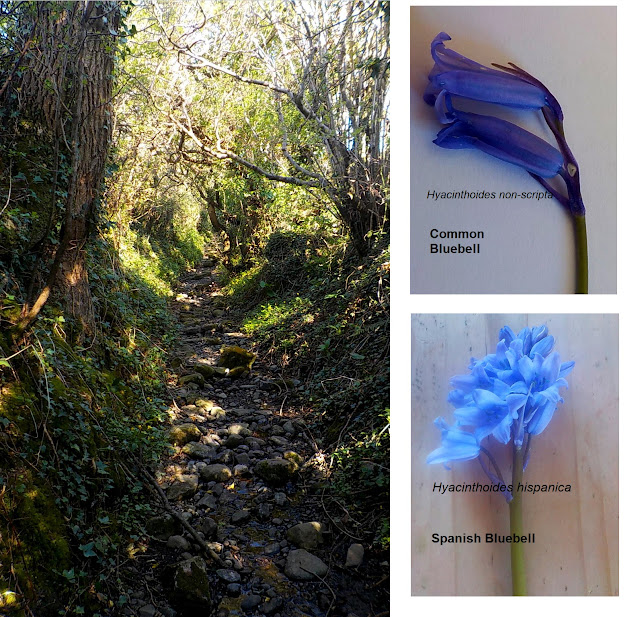 The remains of the road at the start is pretty well a stream bed now, but you can still see shaped paving stones in places. The banks either side have a great biodiversity of plants, befitting an ancient roadway. The Bluebells along here are mainly of the common (English) variety as opposed to the introduced Spanish variety. Side by side, they are easy to tell apart. Our native variety has longer flowers of a deeper blue than the paler, blowsier Spanish imports. They are also scented, but the key feature to look out for is this: Common Bluebells flower on one side of the stem only. Spanish Bluebells erupt from all sides of the stem. 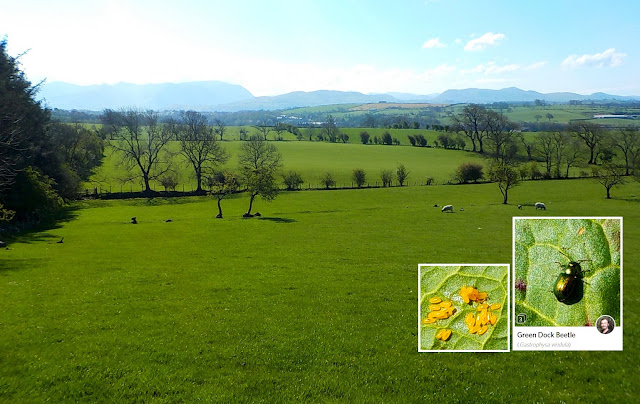 At the end of this section, the course of the road moves in to sheep pasture and we can look back over Derventio to the northern fells in the distance. Patches of Dock occur here and there, and this is the home of the Green Dock Beetle. These beautiful iridescent beetles breed from March to October during which the female will lay over 1,000 yellow eggs on the underside of dock leaves (or other plants of the Rumex genus) in batches of 50 or less. 3-6 days later they hatch into larvae which undergo three moults as they munch their way through the leaves, after which they drop to the ground, burrow down a couple of centimetres, and pupate. 6-9 days later they emerge as adults. For those of you following Getting to Know Your Beetles these are Leaf Beetles (Family Chrysomelidae), POLYPHAGANS from the infraorder CUCUJIFORMIA. 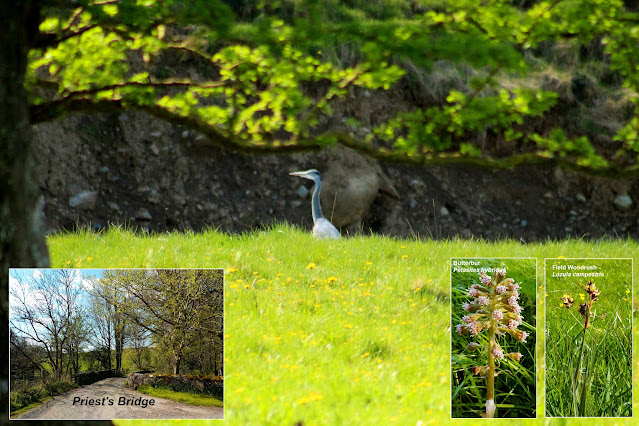 We'll leave the Roman road now and cross Priest's Bridge to walk back along the banks of a gently flowing beck and rest awhile in the meadow. Look closely and you can see that the grass is liberally dotted with Field Woodrush. This is also known as Good Friday Grass, presumably because this is when it traditionally appears. There is also an interesting plant called Butterbur here (after which, Tolkein's hobbit, Barliman Butterbur is named). Clinical trials have established that its roots have anti-migraine properties and that it provides relief from hayfever. However, the dosage has to be strictly controlled as it is also carcinogenic, so don't try making home remedies with it! Oh look, we've been joined by a Heron, I wonder if it's Sally? I haven't seen her for a few days down on the main river. Good job she wasn't here in Roman days; she'd have been for the pot. You're not allowed to eat them nowadays as they are no longer considered a game bird, but they were still 'fair game' at the beginning of the 20th century. Apparently, you had to take the meat off the bone before cooking as the bones contained a fluid that was overpoweringly fishy. Who knew? 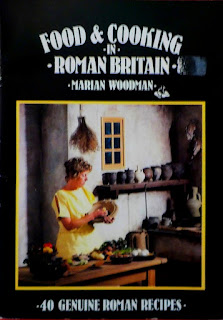 Whilst at the Senhouse Roman Museum in Maryport (well worth a visit) I chanced upon a trunk of old Roman themed books. Digging through, like a demented archaeologist, I unearthed this little gem. It wasn't for sale so I surreptitiously photographed a few pages of recipes. I'm sure that one, or more, of them will provide inspiration for Steve's Wild Kitchen. Unfortunately, it is no longer in print, but here are a few more modern tomes, if you fancy a bit of 1st century cooking, or a themed dinner party.

I've just remembered that I have written a blog about foraging for a Roman meal, a few years ago, from Crete, featuring a massive Roman fish trap. You can find it here: In Search of a Roman Repast.