Spring Flowers and Their Uses - Culinary and Medicinal 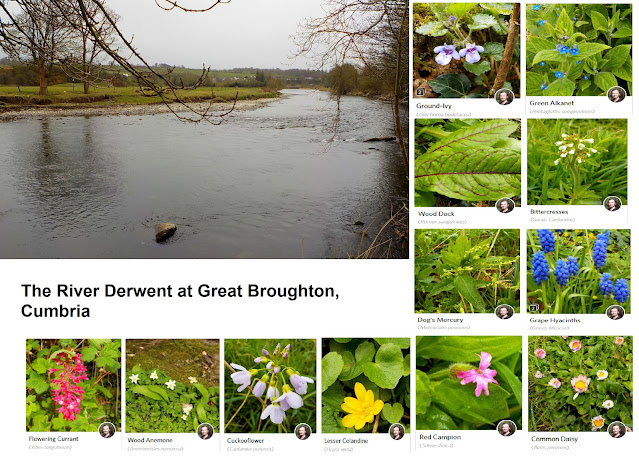 A couple of miles down river from The Old Corn Mill lies the village of Great Broughton where a footpath leads down to the river. There, you can walk along the banks and then take another footpath back into the village. It's not far, less than a mile, but when I walked it, during the week, I counted no less than 24 different flowers. Here is a sample of them and some notes on their uses.

Native to the western USA and Canada, this plant was introduced to the UK in 1826 by the Scottish botanist, David Douglas (he of the Douglas Fir). The berries are edible, and if you like aromatics in your gin, try infusing a handful of flowers in your bog standard supermarket gin.

A pretty little European plant with, as far as I am aware, no culinary nor medicinal properties whatsoever. Hoverflies, however, love it.

Like other cardamines (see below) the leaves and roots are edible and this particular species was once used as a substitute for watercress. It is also one of the food plants of the Orange Tip butterfly.

Bulbs and young leaves are edible but MUST BE COOKED, as with all plants in the buttercup family, it contains the toxin protoanemonin which can anything from nausea to hepatitis. Strangely, up here in Cumbria, people used to use it for cleaning their teeth.

Not an ivy at all, despite its name, but part of the mint family. The leaves can be used to enliven salads. Traditionally used for eye inflammations, tinnitus and indigestion, it was also used in the brewing of ale before the introduction of hops to make beer, as well as a substitute for rennet in cheese making. Use as a herb in place of mint or thyme.

Part of the borage family and not to be confused with Dyer's Alkanet (Alkanna tinctoria), who's roots produce a reddish dye and is used in Indian cookery (Ratan jot) to colour dishes such as Rogan Josh.

Not in flower yet, but the young leaves can be used in salads in place of the stronger tasting, but less attractive, sorrel. They contain oxalic acid and should not be eaten in large quantities.

Part of the mustard family, the roots and leaves of most species are edible raw and have been used to treat stomach ailments in years gone by. See also, Cuckooflower, above.

Beware of this one – it belongs in the poison cupboard, and it can be lethal if eaten. It looks very similar to edible amaranths and goosefoots.

A pretty little plant of no culinary or medicinal use as far as I am aware.

The leaves can be used in salads, soups and stews and the flowers, along with orange, lemon, barley and sugar, are used to make Red Campion wine.

One of the most overlooked culinary plants as it is so common. The leaves have a somewhat bitter aftertaste but the flowers are used (frosted) in cake decoration, or to pretty up a salad. You can make tea with them and the young buds can be pickled like capers. 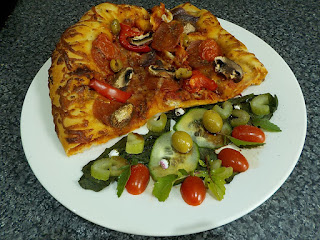 I love Italian food, but for one thing: every mouthful is the same. Half a pizza and a side salad uplifted with wild ingredients is a healthier and cheaper alternative and the lightness of the salad helps the stodgier pizza go down a treat. This salad includes a bed of Wood Dock, a few Rocket leaves from the herb garden and a sprinkling of Daisy buds from the grass outside The Old Corn Mill where I live. A nice glass of Country Wine (see Steve's Wild Kitchen) and you're all set.