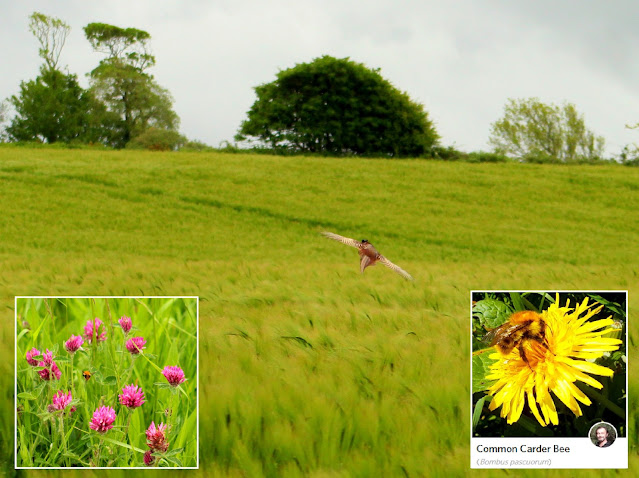 The intention was to take Mattie for her first walk along the beach at Flimby, but with a force five gusting up the Solway Firth, she resembled not so much a dog on a lead, but a helium balloon on a string. We headed inland to the village of Crosscanonby to show her the delights of the countryside instead. Pheasants appeared and disappeared into the fields of waving wheat, their raucous cries startling her at every turn. Along the uncut field margins, Carder Bees were busy pollinating the clover. 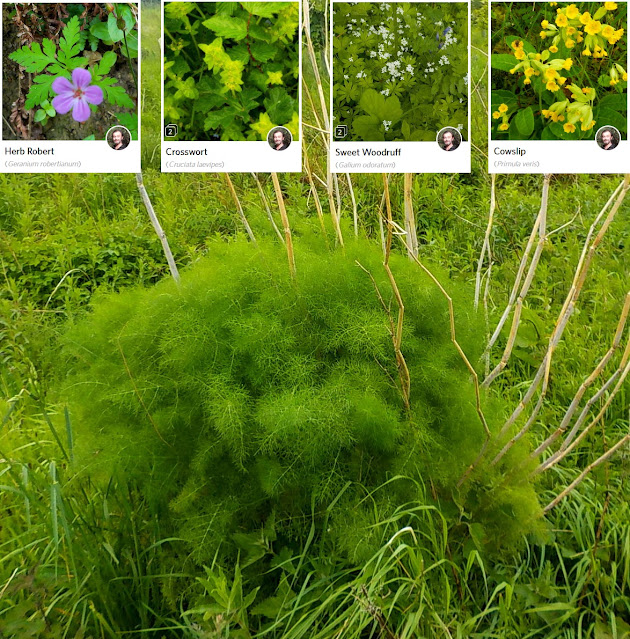 As you know, I'm always on the hunt for plants to forage, but I was surprised to find this large stand of Fennel in the Cumbrian countryside. Fennel is indigenous to the Mediterranean, and it grew like a weed around my home in Crete. It has spread northwards throughout Europe and is not uncommon down south, here in England. This far north it's a rare find. I helped myself to a fair few fronds. It is also a traditional medicinal plant, good for digestive discomfort and as an eyewash. There were other old medicinals about as well: Herb Robert (liver and gall bladder) and Crosswort (rupture and rheumatism) also Cowslips and Sweet Woodruff, if you prefer your medicine fermented and poured into a glass, 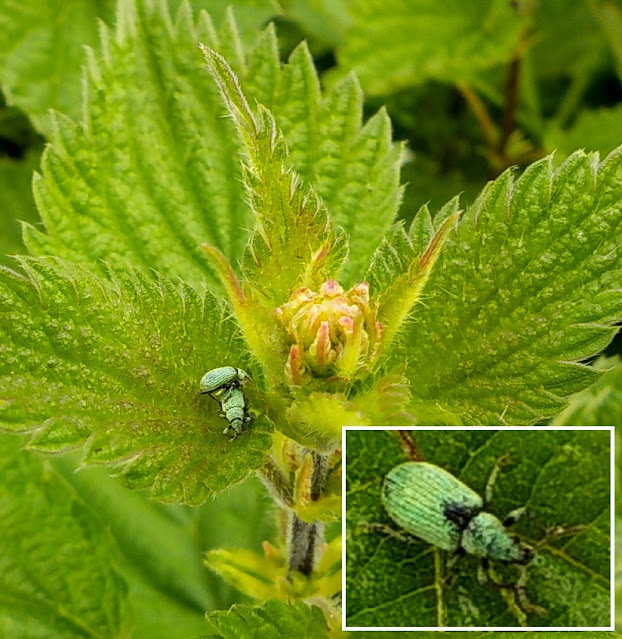 Stinging nettles used to be used to treat rheumatism too (well, it took your mind off it at any rate) and makes good wine. Here though, it is being enjoyed by a whole host of Small Nettle Weevils.

The larvae of these beetles live underground and feed on nettle roots. As adults they come up and eat the leaves. It's not easy being a stinging nettle.

From Crosscanonby we travelled a little further inland to Isel for a walk by the Derwent. The Swifts were feeding above the river which brings me to the age old question: how do you tell the difference between a swift, a swallow and a martin, especially when they're high in the sky? It's all in the wings and tail. Wings first; if the wings are curved, it's a swift – if you lined them up wing tip to wing tip, they'd form a circle. With the other two, it's all in the tail; the swallow has two long tail feathers, streaming out behind and the martin has a short, forked tail. 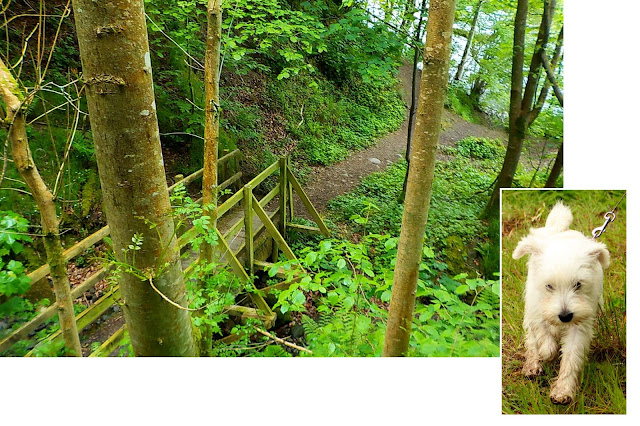 And what did Mattie think of her first walk in the wild? Find out on Mattie'sPage! I mentioned my home on Crete earlier. Christina and I spent 16 happy years there, before she succumbed to cancer in 2018. South east Crete is a beautiful place to live and the house is up for sale. Details are with the estate agent in nearby MakryGialos and can be viewed on line at Real Professionals Crete.