Quiet Kayaking in the South Lakes 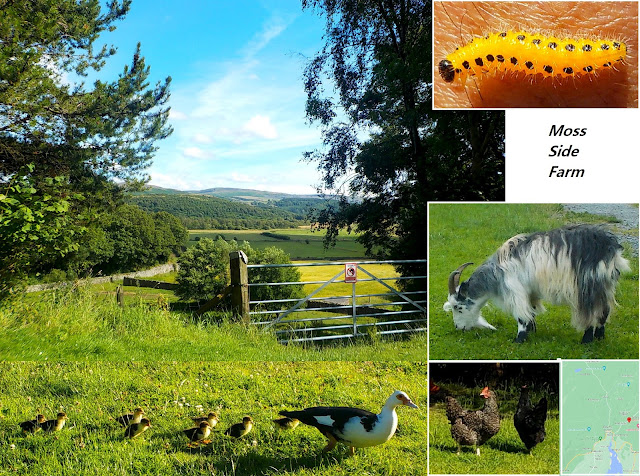 Living up in the north of Cumbria, we rarely get down to the south of the county. For a start, it's an hour or twos drive, and there's so much to see and do up here that we tend to overlook the southern half. So, pack up your tent and we'll go and spend a few days down there. We'll be staying at Moss Side Farm, which is an idyllic spot with a bit of a Beatrix Potter feel to it, what with ducklings, chickens and goats wandering about all over the place. We also have what appear to be a number of caterpillars falling onto the tent. This is because we've pitched up under a White Poplar Tree (Populus alba). These larvae though, don't belong to any butterfly or moth. They are the larvae of the Hairy Poplar Sawfly (Cladius grandis) and sawflies are hymenopterans, the same as ants, bees and wasps. 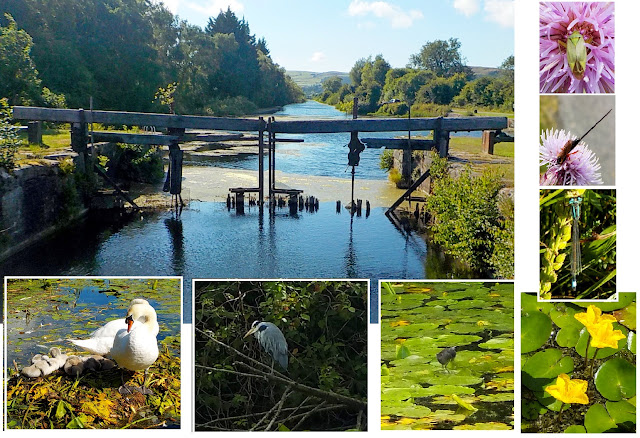 Day 2 and we're off to do a bit of quiet kayaking on the river Duddon, then we'll nip down to Ulverston and see if the canal is navigable. There is something inordinately peaceful about kayaking on a quiet river, amidst the dragonflies and ducks, with the occasional kingfisher darting along beside you. The same can be said of canals, but this one is totally choked with Fringed Waterlilies. The Moorhens can walk from one side to the other. No matter, there is a lovely canalside walk (wheelchair accessable) that runs the 1¼ miles (2km) from the town down to Morecambe Bay, and there are Herons and Mute Swans with cygnets to be seen. There should also be plenty of insects about, but unfortunately there are not. Flying insects have declined by 60% in the UK since the beginning of the 21st century and it shows. A few butterflies about, but other than that, just three Mirid Bugs and an Ichneumon Wasp feeding on the thistles, and a handful of Blue-tailed Damselflies. It really is a very worrying state of affairs. 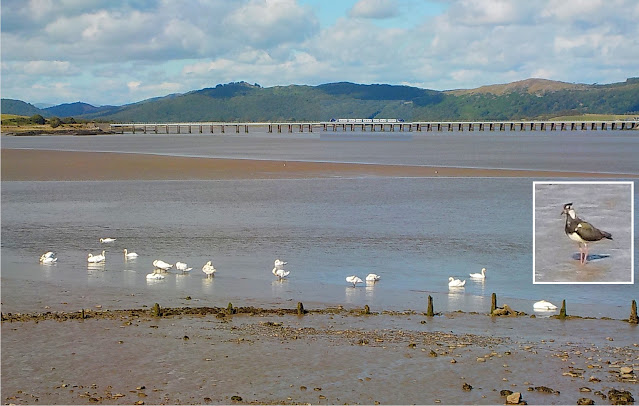 The canal terminates where the river Leven empties into Morecambe Bay and, apart from some more Mute Swans, we have a lonely Lapwing (Vanellus vanellus) down here. These are part of the Charadriidae family which includes Plovers and Dotterels. 'Plover's Eggs', which used to be a delicacy in the first half of the 20th century, included Lapwing eggs. It is now illegal to harvest their eggs throughout Europe as the species is on the UCN Red List. 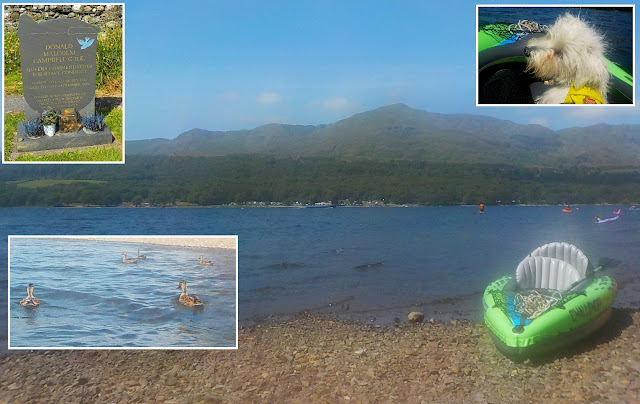 Day 3 and a bit more kayaking, this time on Coniston. But first, we'll have a wander round the pretty little lakeside town of the same name and go and visit the graveyard. This is the grave of Donald Campbell, the only person to break both the world land and water speed records in the same year (1964). He was killed on Coniston Water in 1967, whilst attempting to set a new water speed record. We will not be attempting anything like that in our inflatable kayak, merely paddling along at duck speed. It's also a chance to give Mattie her first outing on the lakes. She lives a very adventurous life! 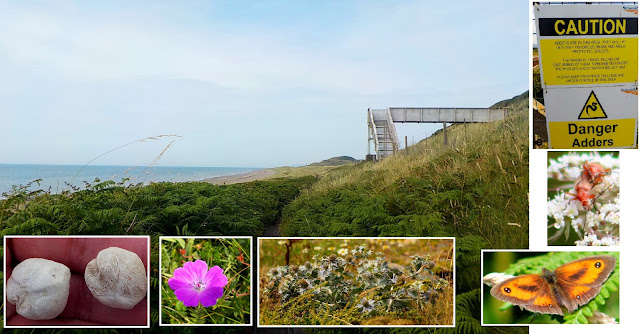 All too soon, this short break has come to an end and we must strike camp and set off for home. There is still time for one last stop, and Ishbel has suggested visiting Seascale on the way home. I've never been to this seaside village before and I am quite blown away by it. It must be one of England's most overlooked resorts. A couple of miles of golden sands, a manicured lawn and children's play area, an ice cream parlour: it reminds me of the seaside of my childhood back in the 1960s. The beach is littered with sea potatoes which are actually the tests (skeletons) of the Common Heart Urchin (Echinocardium cordatum). At the end of the beach there's a cute little nuclear reprocessing and waste storage plant called Sellafield and on the way back we can look for adders; Seascale is famous for them. No adders today but we have some soldier beetles (mating as usual, do they ever do anything else?) some Skippers and a Gatekeeper butterfly. And there's Sea Holly and Bloody Crane's Bill and loads of other stuff to see at the back of the beach. It really is a wonderful place. I can't think why more people don't come here. So what if the seaweed glows in the dark? (Only kidding).

Ah well, time to go home. It's been a fantastic little trip down south.