The Art of Slowing Down 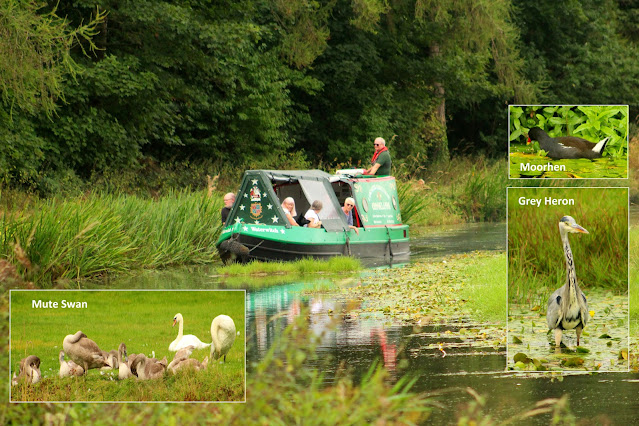 Autumn is the season when nature slows down. Flowers set seed and leaves turn brown. Our bodies also react to the seasonal rhythms of shorter days and longer nights (even if our minds often don't). So, slow down with Ishbel, Jack the Navigator Hound, and I, as we take a leisurely trip along the Lancaster Canal. Drifting along at a sedate four miles per hour, a family of Mute Swans, like the Moorhens, Mallards and a young Grey Heron, are totally undisturbed by our presence. Peter and Ian take it in turns to pilot The Waterwitch and tell us the story of the canal which, at one time, was used to transport gunpowder from the nearby mills. 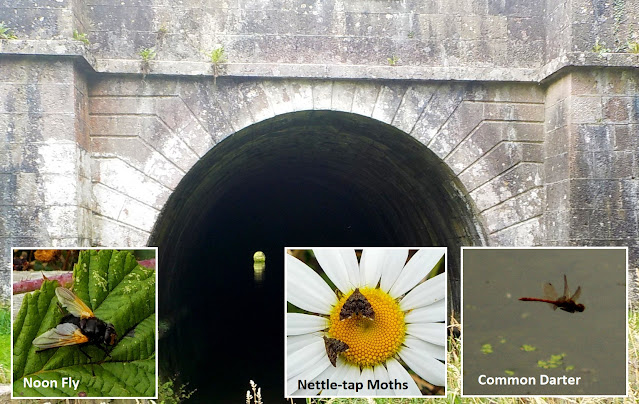 After an hour's pleasant meanderings, we disembark and a local guide, David, takes us on a walk along the next part of the canal to be restored. As David details the massive obstacles to be overcome, I get sidetracked by the plethora of insect life in the rampant undergrowth. A Noon Fly sunbathing on a leaf, a pair of Nettle-tap moths (their caterpillars feed on nettles) pollinating an Ox-eye Daisy and a Common Darter Dragonfly patrolling one of the larger pools. 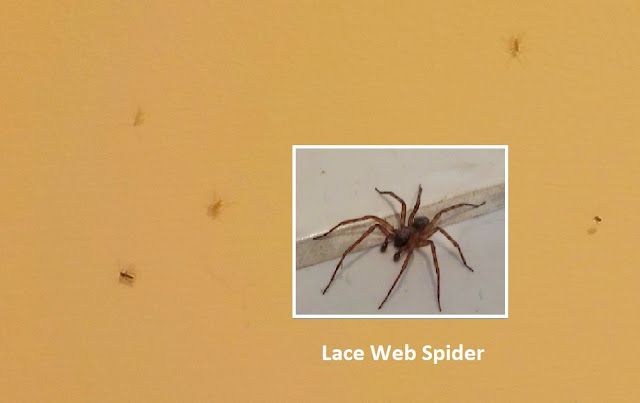 Minibeasts tend to get scarcer as the season wears on but you don't have to look very far for them. I have quite a collection of aphids and midges in odd corners of the mill, which are kept in check by spiders such as this Lace-web. The only trouble is, as their name suggests, they make lacy webs, which are pretty unsightly, especially when dotted with odd bits of insect such as wings, legs and other items of exoskeleton. Not wishing to rename the Old Corn Mill 'Cobweb Cottage' I gave them all the old heave-ho a few days ago and removed the webs and spiders. I now have more happy midges than I can shake a stick at. Come back spiders, all is forgiven!


The Good, The Bad and the Edible 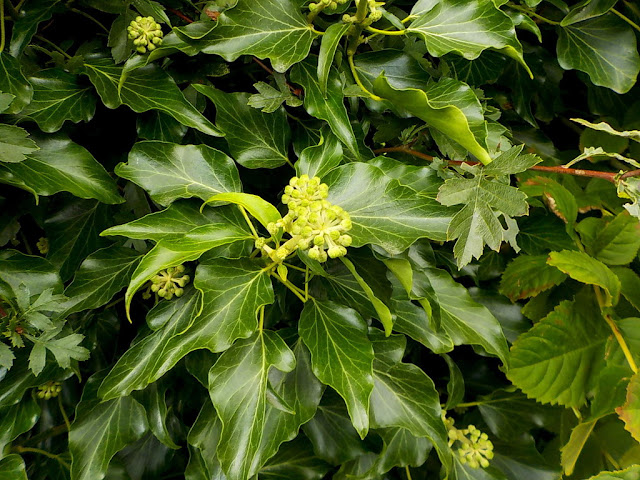 Walking back along the towpath for the return journey, the ivy is coming into flower. This is a plant of immense importance to our declining insect population (so please don't cut it back while it's flowering). Because it flowers so late in the year, it provides a lifeline of nectar.  It is, however, mildly poisonous and comes under the inedible category. That having been said, our ancestors used to chew the leaves as an expectorant.  They obviously knew a thing or two as nowadays extracts of Ivy are incorporated into modern cough medicines. 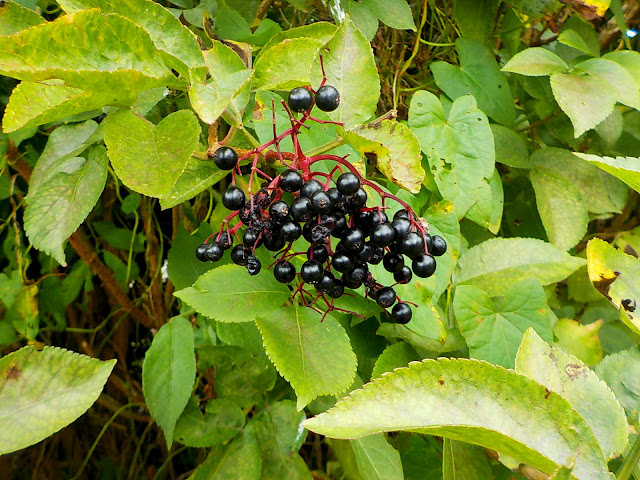 On a definitely consumable note, Elderberries are now in season and, here at the Old Corn Mill, I shall be spending a pleasant afternoon in the kitchen making elderberry wine.