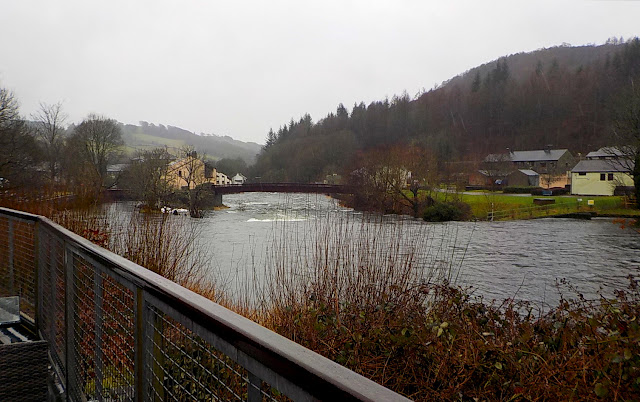 It was one of those weekends when the gods had flipped the lakes over and amused themselves by watching the water fall back into them from on high. We'd planned a romantic valentines weekend away and, by 'eck, we were jolly well going to have one. 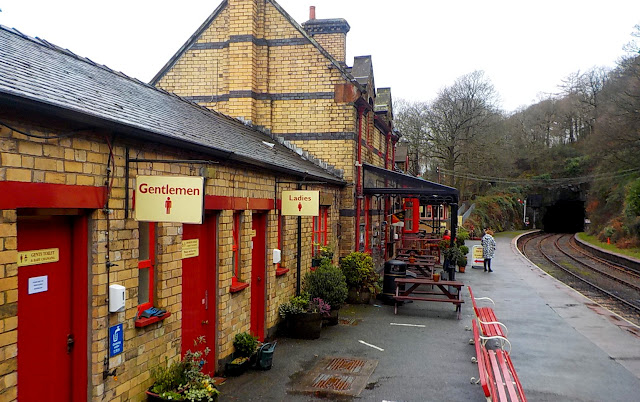 We started with a stupendous brunch at Haverthwaite Station, just south of Lake Windermere, before boarding the steam train to Lakeside. The wooden interiors of the carriages and the steam drifting past the windows recalled days of my childhood. I had conveniently forgotten how cold those blasted carriages were! 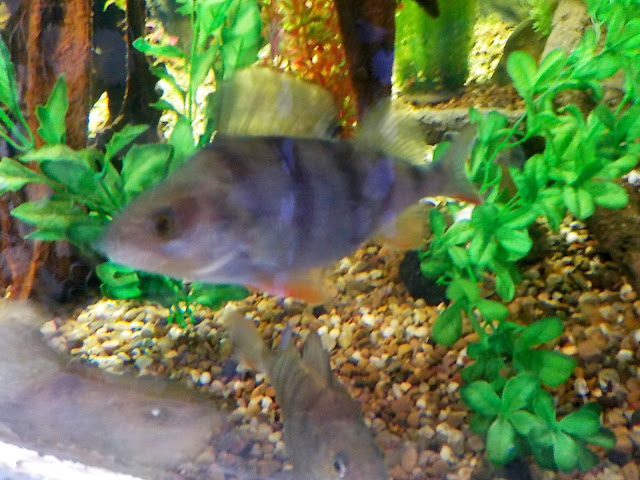 We'd planned to take the steamer to Bowness but the lake was almost invisible and the wind, bitter. We opted instead for the award winning Lakeside Aquarium where we got to see Windermere's fish up close. It was nice to see our indigenous fish (such as this perch) rather than a host of exotic species. There were some exotic fish on display, as well as a host of other marine life and a few insects and arachnids. 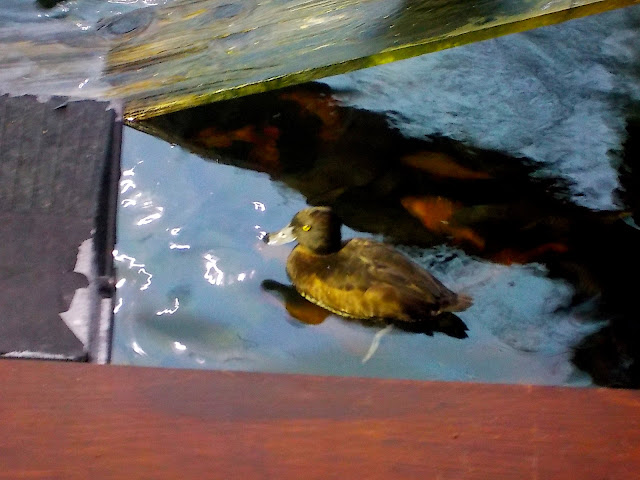 There was also an ingeniously designed indoor/outdoor duck pond currently hosting a small group of Goldeneye. #BirdsonWater is one of the themes in this month's EuropeanNatureAlmanack, so this is my first contribution. All in all, it was well worth the modest entrance fee, and passed a delightful few hours until it was time to take the return train. 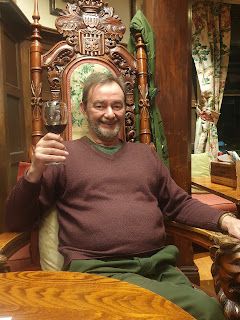 After a couple of hours R&R at the Landing Cottage Guest House, where we were staying overnight, we drove down to the Newby Bridge Hotel and had an excellent duck supper, sat upon thrones, no less,  before returning for a good night's sleep. I can highly recommend both the Landing Cottage Guest House and the Newby Bridge Hotel. I will put links at the bottom of this post.

Cheers! (and yes, a bit of a diet does seem to be in order. Maybe tomorrow). 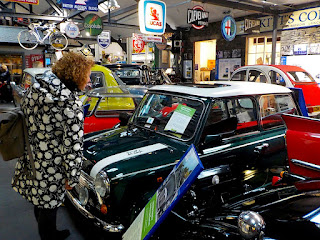 The following morning, after a breakfast fit for a king, we travelled a couple of miles down the road to the Lakeland Motor Museum. To me, a car is merely a radio on wheels that gets me from A to B in the dry. Ishbel, on the other hand, is a closet petrol head, particularly when it comes to Minis (she drives a Paceman). As it happens, there is far more to see here than just old cars, so even non-enthusiasts will find the experience interesting. I found myself saying "I remember those" more often than I would care to admit and dared not stand too long in one place in case people took me for an exhibit. Oh, the joys of approaching ones seniority! 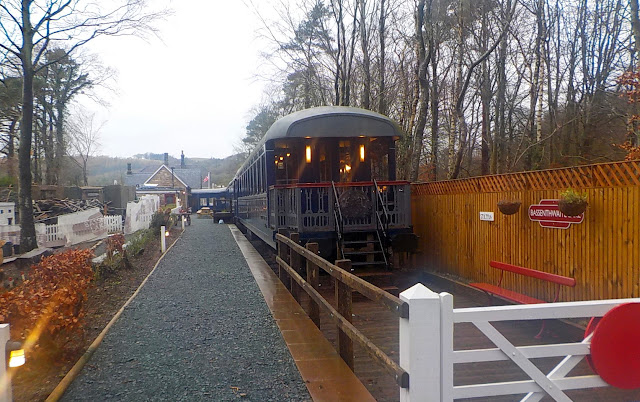 After an exceedingly wet drive back through the lakes (almost literally in some places) we concluded our nostalgic weekend, still following the transport theme, at the recently opened Bassenthwaite Lake Station restaurant, located in three French railway carriages and the old sation itself, where we shared an extremely satisfying seafood platter. A most enjoyable weekend, despite the appalling weather.