Life In A Greek Summer Kitchen 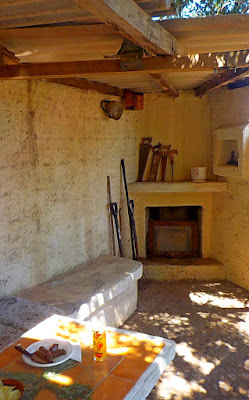 Here I am, still locked down in Crete, and somehow, I don’t think I’ll be selling the house this year. In fact, now that I’ve started doing the old place up a bit, I may not sell it at all. I might just buy a small place in Cumbria for Spring, Summer and Autumn, then overwinter here, like a migrating bird. This week, I’ve been tidying up the summer kitchen. This is a feature of Greek houses: a shady spot where you can cook and eat in the hot summer months. In the course of sweeping and swabbing, I inevitably disturbed some resident wildlife, much to their chagrin. 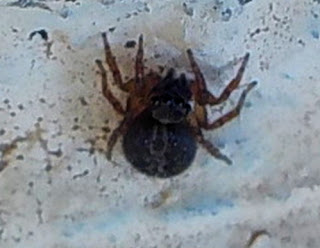 Plenty of insect life, but this week I thought we’d have a look at some of the creepy-crawlies other than insects. This jumping spider, having eight legs, is an Arachnid. Spiders, Scorpions, Harvestmen, Solifuges, Mites and Ticks are all in this group. 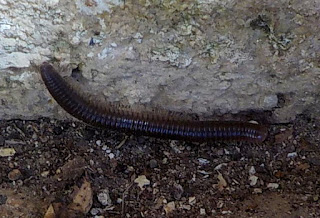 Millipedes, who’s name means ‘a thousand legs’ are Myriapods, as are centipedes, who’s name means ‘a hundred legs’. Myriapod means ‘ten thousand legs’ and all of the names are technically inaccurate. The leggiest millipede tops out at around 750 and centipedes average around 70. To tell the difference between a millipede and a centipede, without having to count up to more than two, centipedes have one pair of legs per body segment, whereas millipedes have two pairs. 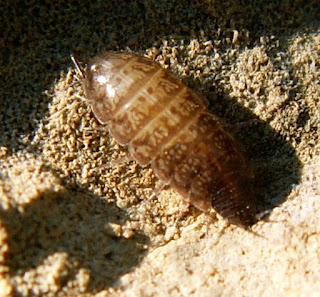 Seeing as I have a wood pile just around the corner, it’s not surprising that there are a number of woodlice about, (although they like any moist, dark environment, not just wood piles). These have 14 legs, so you would think that they would be called decatesserapods, but that is a bit of a mouthful, so they’re just called Isopods, which means ‘an equal number of legs’. Not very helpful as all animals have an equal number of legs. 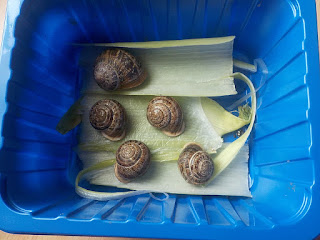 Talking of ‘a bit of a mouthful’, a couple of weeks ago, when we were exploring the Hinterland, I mentioned that I had a little project involving snails. The project involved keeping them, and feeding them on choice morsels for a week, as I wished them to star in a new recipe for Steve's Wild Kitchen. It is vitally important, when cooking wild snails, to feed them for a week, on plants that we consider edible. Otherwise, you may find yourself ingesting substances that are fine for snails, but poisonous to us. They were absolutely delicious, simmered in ouzo, flambéed at the table, and served in a nest of fennel. Pictures and recipe here.

Just a reminder, that The Quick Guide to Creepy-Crawlies is still on offer until the end of April, complete with Arachnids, Myriapods and Isopods, and how to tell them all apart. An #inspirationalpresent for any youngster with a birthday coming up.