Berries, Birds, Bugs and Us 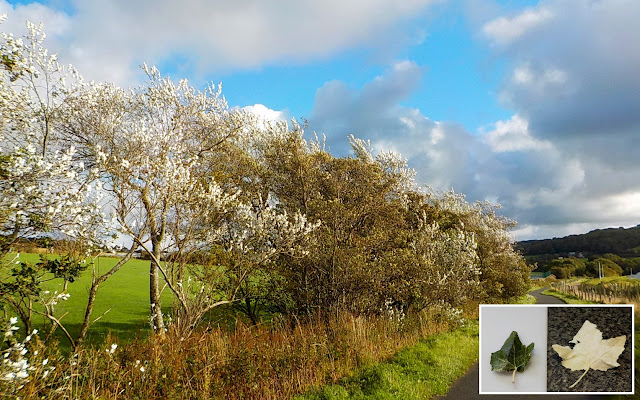 Last week, we were chugging down the Lancaster Canal and this week we're taking to the railways. To be more precise, the old Lowca Light Railway line which closed in 1973 and is now a lovely footpath. As you come out of the village you are greeted by a beautiful stand of White Poplars. These trees, with their distinctive two-tone leaves were sacred to Hercules in Roman mythology. Apparently he bound his arrows with a branch of White Poplar after he defeated Cacus, the fire breathing giant, son of Vulcan. Who knew? 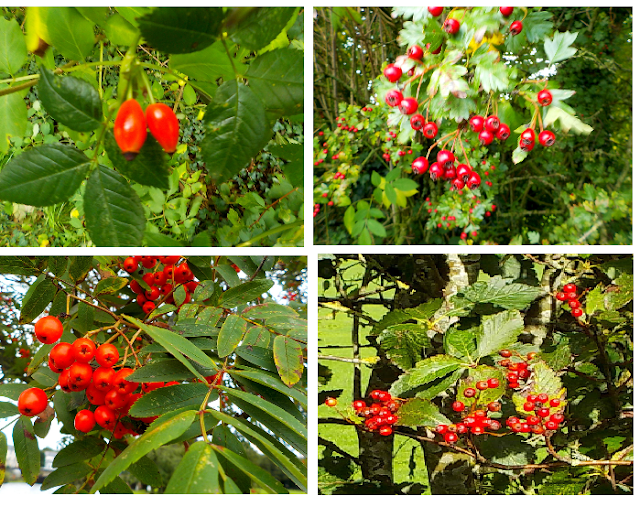 Further along the track, there are trees and bushes bearing a profusion of red berries, all of which look very similar. The trick in telling them apart is to look at the surrounding leaves. The slightly elongated ones, top left, are Rose Hips. Top right are Hawthorn and bottom left are Rowan. Bottom right has me slightly foxed. It's part of the rose family of plants, quite possibly a Whitebeam, but I'm still checking it out. So, are they good, bad or edible? Medicinally, the Rose Hip is under investigation for its effects in reducing the pain of arthritis, whilst the Hawthorn has proved to be effective in reducing cardiovascular disease. The folk in the white coats are just working out the dosages. This also puts Hawthorn in the 'bad' category as an overdose can cause cardiac arrhythmia and seriously low blood pressure. All three are edible, mainly in the form of condiments – syrups and jams and so forth, as well as being used in wine making. The young leaves and buds of hawthorn (known as 'bread and cheese' in some parts), can be added to salads but are probably best avoided if you have a heart condition. 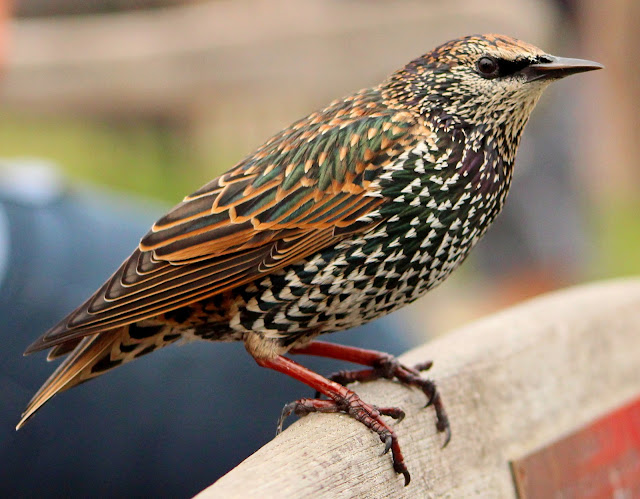 The berries are not only edible for us, but also for many birds, like this Starling. These beautiful, but often overlooked, birds generally prefer a diet of insects and other invertebrates, but as the insect life declines with the turning of the seasons, they are not averse to switching to these high energy berries. In return, the trees rely on the birds for expanding their range. The seeds within the berries, pass through the birds unharmed, to be dropped with a little package of fertilizer, far from the parent plant. 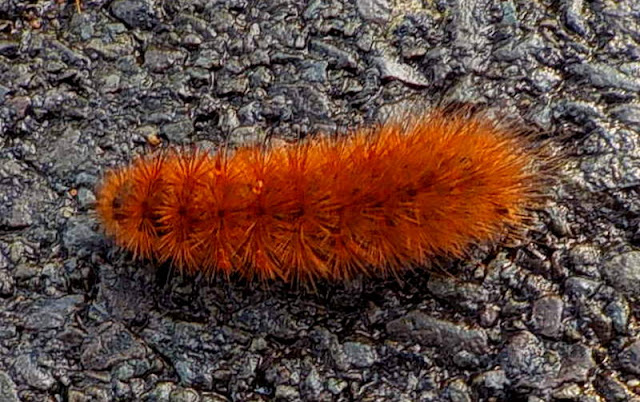 The seeds have to be fertile in the first place of course, which is where the insects come in. Before the tree can produce a fertile seed, its flowers need to be pollinated. I'm not sure if this Ruby Tiger Moth caterpillar will do any pollinating when it grows up, as many moths do not feed in the adult stage and hence, have no need to visit flowers. You'll often see these caterpillars, moving quite quickly across the path at this time of year, as well as the similarly hairy, black and red, Fox Moth caterpillars (see Fell Walking For Wimps 3).

Without the birds, the seeds don't get distributed; without the bugs, the flowers don't get pollinated. Berries, and other foodstuffs like fruit, veg and cereals don't grow and we starve. Which is why people like me are always honking on about protecting biodiversity. Self interest, when you think about it! 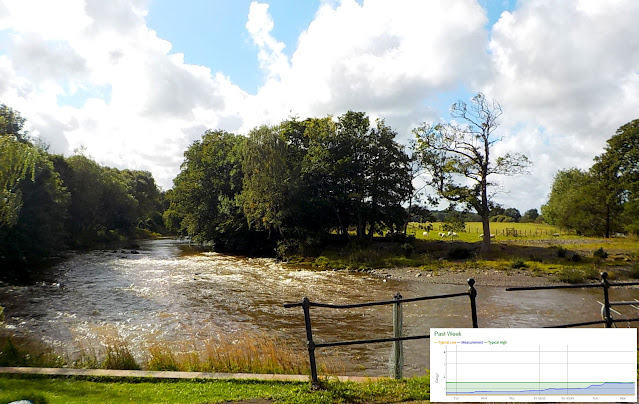 News From The Old Corn Mill

I haven't mentioned the river lately: it has been very low over the summer (quite easily fordable in places), but now that the autumn rains have started it is filling quite quickly. We still have our usual multitude of Mallards and Harry and Sally, the Grey Herons have produced a youngster whom we've named Connick (as in Harry Jnr.). There was a new member to the cast this morning; as I was eating my breakfast a Red Squirrel scampered past the iron railings in the foreground. By the time I got out there with my camera (less than a minute) he'd disappeared. Also, my bacon and eggs had gone cold by the time I came back.

Just a quick reminder, with Christmas looming, there is a selection of books below that make great presents. My latest, Chubby's Crematorium & Burger Bar, would be perfect for a Secret Santa gift. 23 laugh-your-socks-off ditties covering all stages of life from childhood to old age.