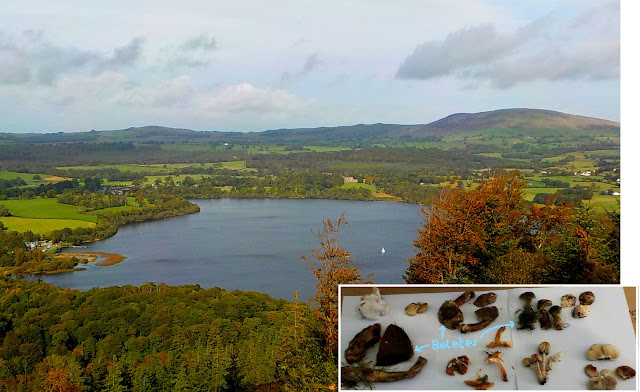 One of the great joys of Autumn is a walk in the woods. On a fine October morning, what can be better than to immerse yourself in the shades of yellow,red, brown and green and the earthy scent of a mixed woodland. Probe around in the moss at the base of a tree and you'll find a host of fascinating fungi. Last Autumn, when we visited Loweswater, I showed you the three main types of fungi that you are likely to come across, the Agarics, Boletes and Brackets. Wythop Woods, at the northern end of Bassenthwaite, has all three, but is particularly rich in Boletes. These tend to be large mushrooms with chunky stems and the underside of the cap is sponge-like as opposed to having gills like the agarics. None of them are deadly and some are really good to eat, so they are a good group to study. I only found Slippery Jacks and Dyeballs (Boletes have fabulous names) whilst I was living in Crete, so most of the British Boletes are new to me. 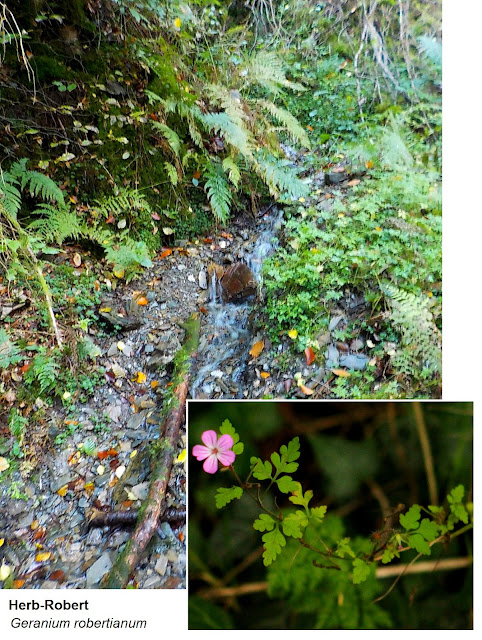 You're probably all familiar with these little pink flowers which grow in great profusion in temperate climes. This particular one is Herb-Robert, named after an 11th century French Abbot, herbalist and, post-mortem, saint. The majority of flowers in this family are either Cranesbills (Geranium) or Storksbills (Erodium) (Herb-Robert is a Cranesbill). The Geraniums in your garden are actually Pelargoniums (Pelargonium) which, although in the same family, naturally occur in warm temperate or tropical regions of the world.

Herb-Robert is not an edible plant but neither is it poisonous. The reason that it is inedible is that it doesn't taste very nice – not only to us, but also to rabbits and deer apparently. Gardeners have reported that allowing Herb-Robert to grow amongst their veg prevents rabbits and deer from munching on their prize exhibits. Mediaeval herbalists made many claims for its healing properties but modern research has discovered that the leaves can reduce blood sugar levels, so it may come into play in diabetes medications. 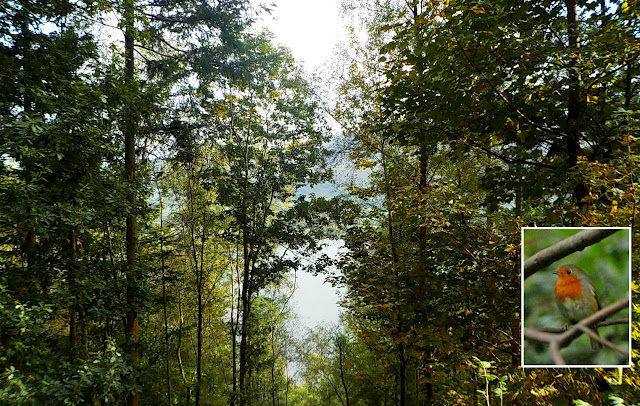 As we climb up through the trees we get tantalizing views of the lake below us. A few birds are flitting around, and I can hear a pair of ravens cronking above us, but the only bird that is sitting and posing for a photograph is our friend, the Robin (and I still swear that Ishbel keeps one in her pocket just to keep me happy when the other birds are playing hide-and-seek). 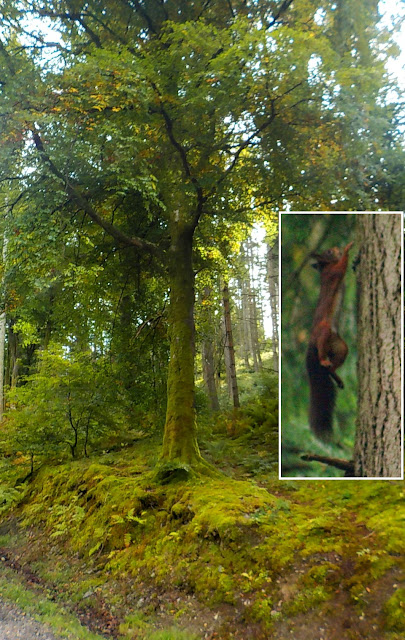 The lack of photogenic birds suddenly pales into insignificance as a Red Squirrel darts up a nearby pine tree. It's great to see one in its natural habitat as they've been driven out of much of England by the introduced Grey Squirrel. The map on the right shows their distribution as recorded by the British Mammals census of 2018. 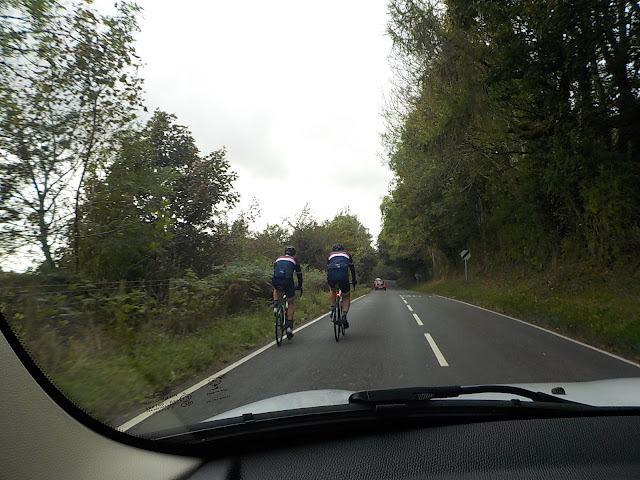 And now... a bit of a moan about air pollution in Cumbria and a plea to those who are causing it – cyclists! We have some lovely routes around the county which are great for cycling, but they are rather narrow and twisting. Bicycles, in themselves, don't cause any pollution of course, but while you're cycling along, enjoying the scenery and chatting to your mate, the thirty or so cars crawling along at 15mph behind you are belching out exhaust fumes. So, please ride in single file and pull in to one of the many passing spaces to chat, admire the scenery and let the crocodile pass. Thanks.

PS There will be no blog for the next couple of weeks as we're off to Crete. See you when we get back.

I hate to remind you, but Christmas is coming. Books make great Christmas presents (and if you order now, you can read them before you wrap them!). The Quick Guide to Creepy-Crawlies, in particular, is ideal for children of all ages, giving them all the stuff they need to know about the world of minibeasts (and maybe giving them a new lifetime interest).

Clicking on any title below will take you to the relevant Amazon page where you can read the first few pages, then click to buy if you so desire.