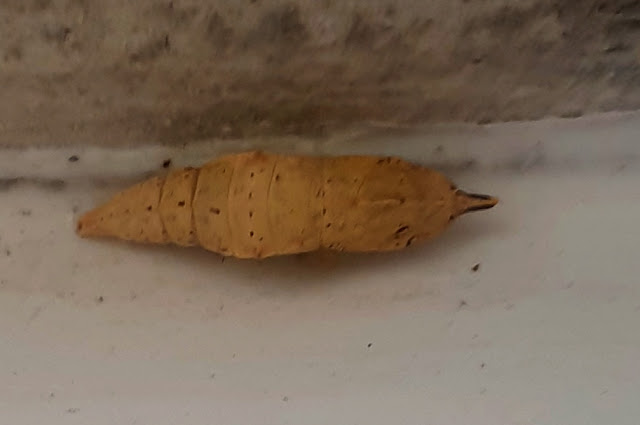 As the insects are beginning to appear up here in Cumbria, I thought it was about time to bring back Minibeast Monday. You may remember this fellow from the beginning of last month. I said it was the chrysalis of one of the Whites & Sulphurs butterflies (Pieridae family), but we should have to wait until it hatches to see which one. It has now hatched. 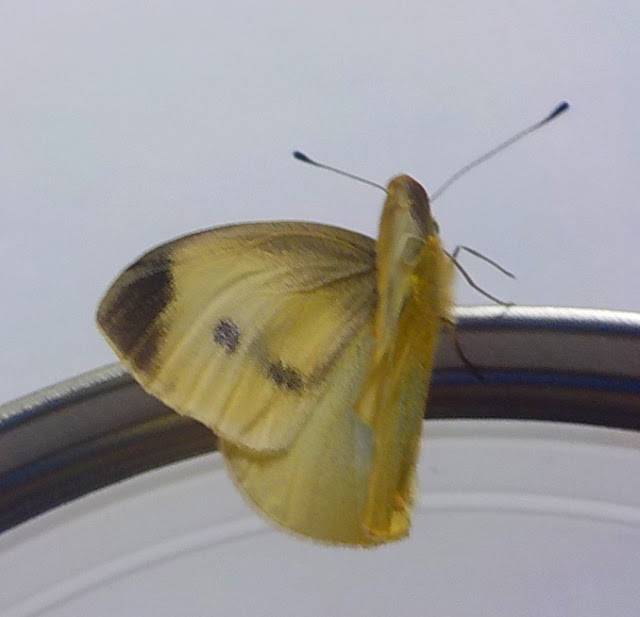 I also promised you last month that I would let you know how I got on with the Xinchia microscope attachment for my phone, and this little hatchling gave me a chance to do just that, because she was not alone. I'm still finding it a bit fiddly (but that's probably just me) but it does do the job, and for £7.99, it doesn't break the bank. (Click on the image above for more details). Anyhow, you can see for yourselves by looking at the pictures below: 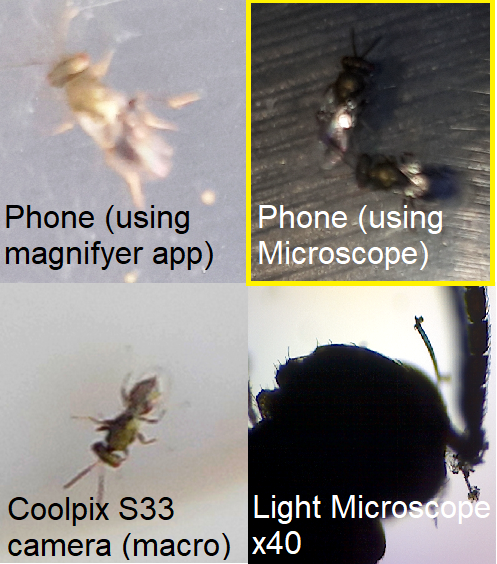 When I went to release her, I found her container full of these little insects. They are Chalcidoid Wasps which lay their eggs in the larvae of other insects. The genus Brachymeria, in particular, have a fondness for laying their eggs in the chrysalises of butterflies and moths including the Small and Large Whites.
The top two pictures are from my phone. The first, using a free magnifier app, the second, bordered in yellow, using the Xinchia microscope attachment. As you can see, the resolution is much better. For comparison, the bottom two pictures were taken on my Nikon Coolpix, using the macro setting and finally under the light microscope in my lab.

And finally.... as the minibeasts are beginning to creep and crawl out of their hiding places, it's a good time to arm yourself with a book that tells you what everything is. There are dozens of different groups of creepy-crawly, ranging from Alderflies (which are not flies at all) to Woodlice. And many of them look very different in their juvenile and adult forms. Identifying anything is impossible until you know to which group it belongs. The Quick Guide to Creepy-Crawlies guides you through the simple steps to identification with easy to use keys, and tells you a bit about each group. It isn't cheap at £14.99, but with over one hundred colour photographs plus numerous illustrations, it's your complete guide to everyhting that creeps and crawls, wherever you are in the world. Click on the cover to look inside.
That's all for now. Despite storms Dudley, Eunice and Franklin, the River derwent is still behaving itself and The Old Corn Mill remains high and dry. See you later in the week,
Steve
Steve's Nature Plus
at February 21, 2022
Email ThisBlogThis!Share to TwitterShare to FacebookShare to Pinterest
Labels: brachymeria, butterflies, chalcidoid wasps, hymenoptera, lepidoptera, quick guide to creepy-crawlies, xinchia phone microscope