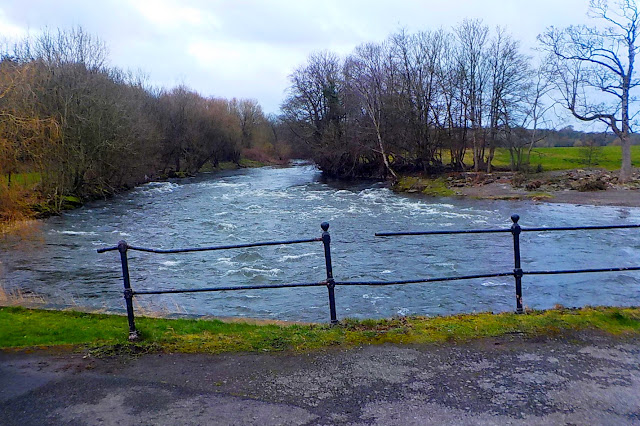 Storm Eunice came and went. Trees were blown down, roofs were ripped off (including part of the O2 arena in London) and, tragically, there was loss of life. At least two drivers were killed by debris falling on their vehicles. My heart goes out to their families and friends. Up here, in Cockermouth, north west Cumbria, for once, we escaped. Yesterday was wet and windy, but that's normal up here. The river level has actually dropped. There is a sprinkling of snow on the local low fells but the heaviest snowfalls were to the east of here.

Not quite the excitement we were expecting but it's better to have a warning with no storm,  than a storm with no warning. So, unless something dramatic happens over the next week (always possible these days), this is the end of the storm special. You can keep up with all my blogs by following me on Steve's Nature Plus. I'd love to see you there.

Meanwhile, if the winter weather is getting you down, here is an antidote. Chubby's Crematorium and Burger Bar (and other nonsense) contains 23 poems, guaranteed to raise a smile and maybe the odd belly laugh or two, and as of yesterday it is now available on Kindle for a ridiculously low £1.99 (the paperback is only £4.99). Click on the pic to read the title poem and the explanation behind the weird title.

That's all for now, see you on  Steve's Nature Plus,
Steve
at February 19, 2022
Email ThisBlogThis!Share to TwitterShare to FacebookShare to Pinterest
Labels: Chubby's Crematorium, Storm Eunice