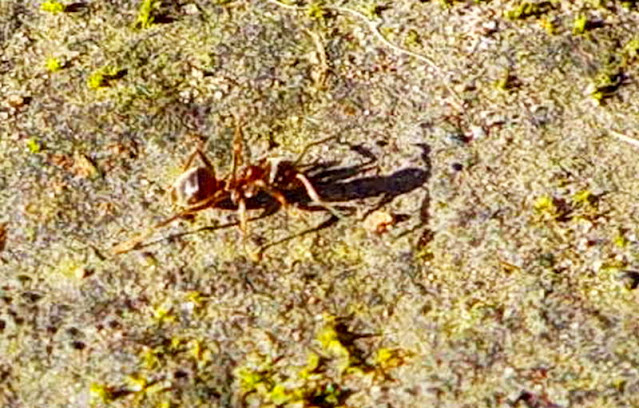 There still aren't many insects out and about in Cumbria yet, but the ants are starting to emerge. Love them or loathe them, they are fascinating insects and make interesting 'pets'. A colony of pet ants is called a formicarium. I spotted this Citronella Ant, Lasius sp., (they get their name from the lemony odour they emit when threatened) on a wall, here in Cockermouth.

More from me, later in the week,