Last month we started looking at the wide diversity of beetles that you are likely to encounter and how they are split into two main sections (Superorders) and then broken down into groups (Infraorders). (See Getting to Know Your Beetles). These infraorders are further subdivided into beetle families, and the first of these that we are going to take a look at is the Rove Beetles. 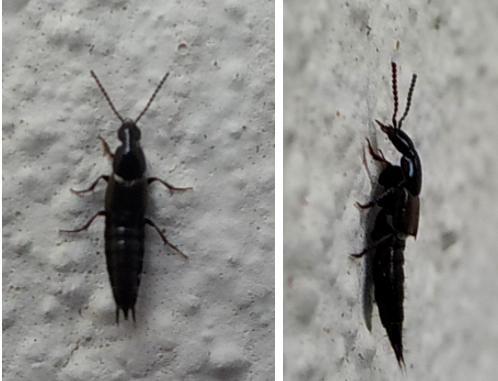 This is the largest of the beetle families with over 63,000 described species worldwide but, as the majority of them are small and black, you can be forgiven for having overlooked them. They are pretty easy to recognise, as their distinguishing feature is their truncated elytra (wing cases). As you can see from the pictures, this ones elytra barely cover one third of it's abdomen.

With so many different species it is hardly surprising that they occupy all sorts of habitats and have very varied diets. Most however, are predators of other insects and invertebrates. Some even eat fleas and other parasites that live on mammals, and quite a few eat fly pupae, so they're pretty useful guys to have around. 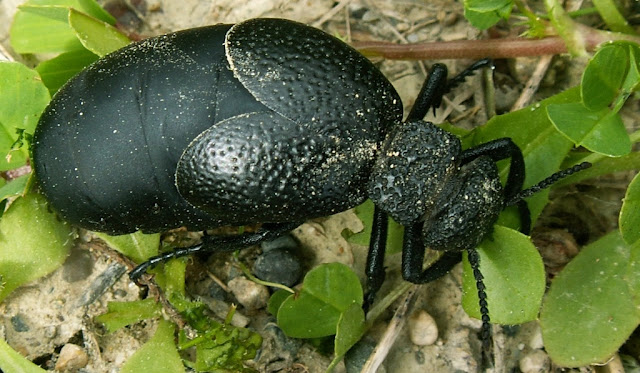 at May 09, 2022
Email ThisBlogThis!Share to TwitterShare to FacebookShare to Pinterest
Labels: insects, minibeasts, rove beetles, Staphylinidae