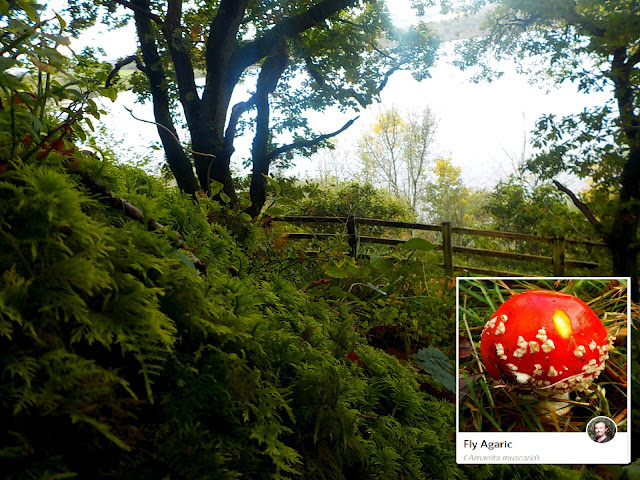 On the north west corner of Bassenthwaite Lake lies the little known Castle How Hill Fort. This is an Iron Age hill fort and the start of our weekend peregrinations which involved a lot of fungi photography. Mycology, the study of fungi, is a fascinating hobby (Beatrix Potter was a noted mycologist) but, if 'shrooms for the pot are all that interests you, then the first thing you need to know, is how to identify The Seventeen Assassins. OK, so they won't all necessarily kill you, but they will give you an unpleasant time. One such, is this iconic toadstool, Fly Agaric (Amanita muscaria). The muscaria part of its scientific name indicates that it contains muscarine, a poison which causes nausea and sweating and a fair few other unpleasant symptoms. It also contains another nauseating substance called ibotenic acid. This is the one that causes you to lose control of your mind and limbs. It's psychotropic. 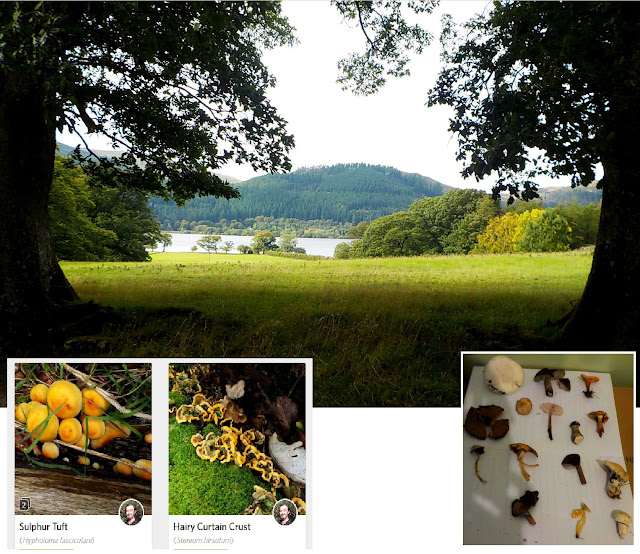 Moving around to the other side of the lake, there is a lovely walk from Ravenscroft, down to St. Briga's church, up by Mirehouse, and then back through Dodd Wood. Here, you will encounter more fungi than you can shake a stick at. Some, such as the Sulphur Tuft (Hypholoma fasciculare), which grows in large clumps on dead wood, is another of The Seventeen Assassins. Again, not deadly, but decidedly unpleasant. The Hairy Curtain Crust, or False Turkey Tail (Stereum hirsutum) is one of the, roughly, 90% of fungi that are neither poisonous nor edible. The trick with mushroom collecting for the pot, is to positively identify the edible and poisonous mushrooms that grow close to your home (many mushrooms do not travel well). You'll do well if you can find half a dozen of each. At the bottom of this post I'll give you links to The Seventeen Assassins to get you started. 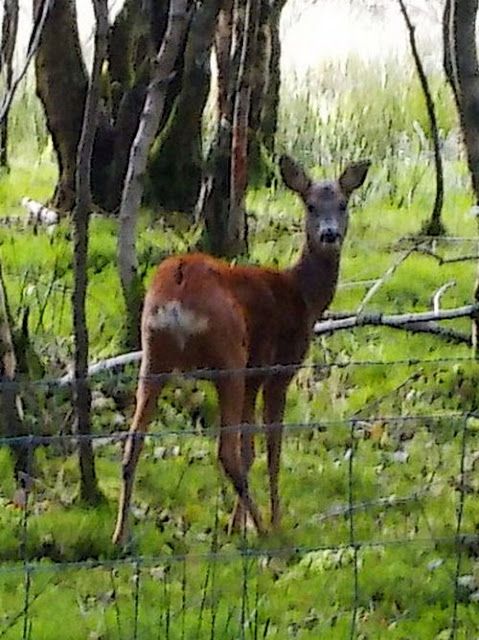 Taking our eyes from the ground for a moment, there's a roe deer in the trees, at the edge of that field. This one is a male. You can tell, because the white patch on his rump is vaguely kidney shaped. Females have a heart shaped white patch. Roe deer are the major source of venison. On a foraging note, you don't need a licence to shoot deer in the UK, other than at night, or in the close season. Open season dates for deer can be found here, for those who are into huntin' shootin' and fishin'. Some of you may think that last sentence inappropriate for a nature blog. However, I am of the opinion that humans are a part of nature. We are naturally designed to be omnivorous, and taking meat, as well as plants, from the countryside, is an environmentally friendly option. 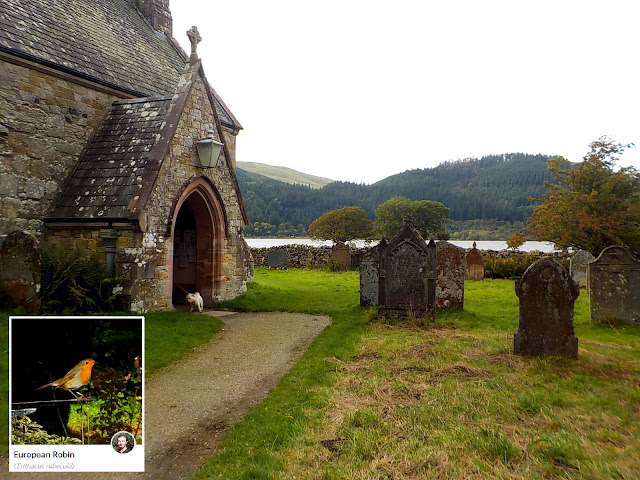 I've been bemoaning the lack of insects recently (flying insects have declined by 60% in the UK over the past 20 years). I am now beginning to notice the decline in birds (they have declined by about 20% in Europe and the UK over the past 40 years). As many birds feed their young on insects, the two facts are not unrelated. Today we've seen a few crows, a couple of wood pigeons, and a robin. Thankfully, these iconic little birds are one of the few songbirds to have shown an increase in recent years. 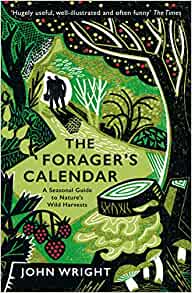 Robins are associated with Christmas, of course, and the more organised of you will already be thinking about Christmas presents. Not just for other people, but for yourselves. Most of us, when asked 'What do you want for Christmas', start with 'um' and finish with 'I'll have to let you know'. Books always make good presents (they are easy to wrap for a start) and I can heartily recommend John Wright's The Forager's Calendar. (A lot of the initial fungi information in this post was culled from the poisonous fungi section of the book, and all stood up to verification). But if foraging is not your thing, and you are merely interested in enjoying nature for its own sake, The Quick Guide to Creepy-Crawlies is a lovely introduction to the smaller, but vitally important, animals with which we share the planet.