Watching Out For Watercress 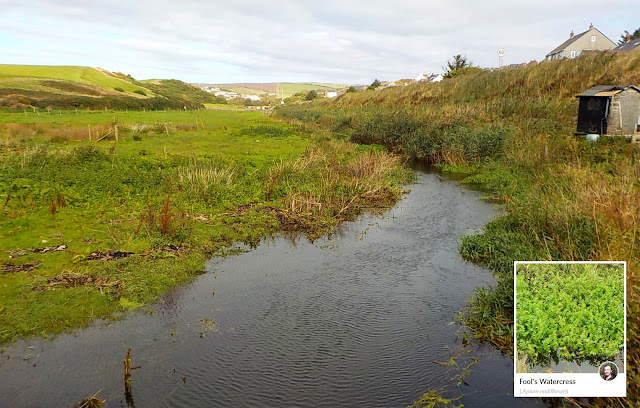 Just to the south of St. Bees, in an area known as Seamill (named after a now demolished grain mill by the sea), Pow Beck flows into the Irish Sea. Our reason for visiting here today is to look for watercress. I know it can be found here because I searched 'watercress' 'Cumbria' on iNaturalist and up popped a picture of watercress and a map showing its location. (iNaturalist is a very useful app. for foragers). Unfortunately, I can't see any about today, only some Fool's Watercress, which often grows in conjunction with true watercress. Fool's watercress is edible, and is harvested in many Mediterranean countries, but it can be confused with the similar looking Lesser Water Parsnip (Berula erecta). Although an infusion of this plant is said to be good for Athlete's Foot, it is probably best not to eat it. 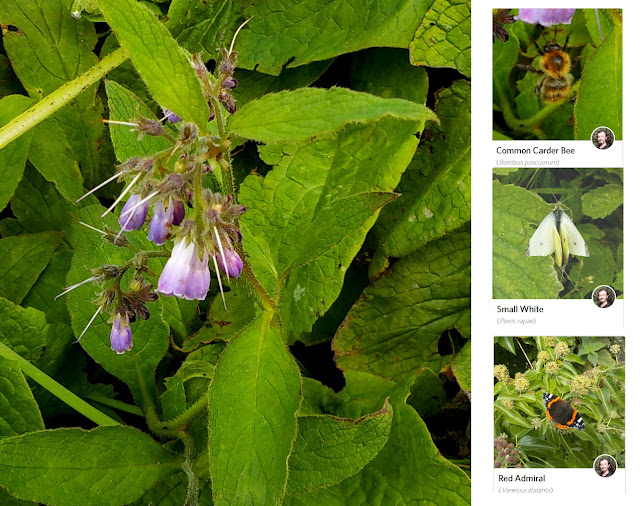 There is also some Comfrey growing along the bank, being pollinated by a busy Carder Bee. This is another medicinal plant, known in the olden days as Knitbone. Other cultures have similar names alluding to its efficacy in healing broken bones. And whilst we're looking at insects, there's a pair of Small Whites mating over there. The female, with the single wing spot, is underneath, and the male, with the double wing spot, is on top. And now, my annual plea to gardeners: please don't cut your ivy back. Ivy is one of the late flowering plants that is a godsend to nectar feeding insects at this time of year. This bush, near my home, had no less than seven Red Admiral butterflies feeding on it the other morning. 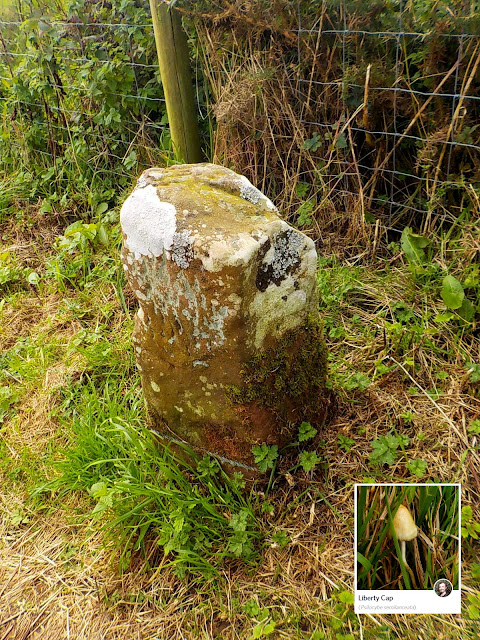 Now, that's strange. It looks to be a perfectly normal waymarking stone, of the type found all over Cumbria, but Mattie won't go anywhere near it. Indeed, she's very reluctant to even walk past it. Has anyone else had similar experiences with their dogs?

“What's up, Mattie? Have you been eating those mushrooms back there?”

I ask, because those mushrooms are Liberty Caps, and they contain three different psychoactive compounds. Back in 1799, a family accidentally included these, which they'd collected in Green Park in London, in a family meal, and got more than a trip to the park. The effects are similar to, but not as intense, as LSD. And just in case you're thinking, 'I might just go and find me some of those', beware! There are some very similar looking poisonous fungi out there. In Austria, a healthy young man confused them with Deadly Webcaps and required a kidney transplant. 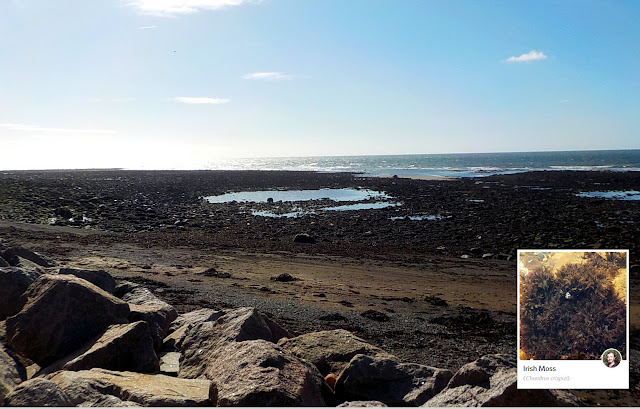 We're on much safer ground with seaweed (see Umami), so let's go and have a look in those rock pools and see what we can find. A fair amount of Irish Moss, also known as Carrageen. It has been used as a food additive to promote gelling since the 16th century. In Europe it is the source of E407. Not all E numbers are unnatural. I'll be putting up a new seaweed recipe in Steve's Wild Kitchen later in the week. 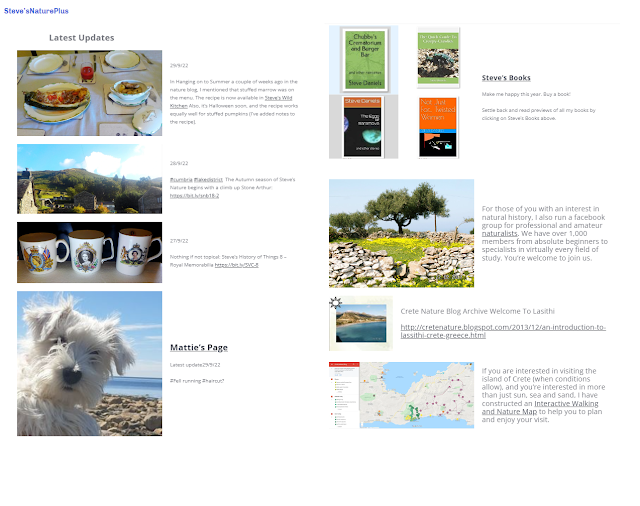 A bit of other news now. Hopefully, if all goes well, my first full length novel, The MONOM, will be released later this month. The MONOM stands for The Magic of Nature of Magic. There are three main characters in the book: A 19th century naturalist called Singent Hellington-White, myself (as narrator) and you, the reader. Of course, we have a Nemesis, and one of your first tasks will be to identify him, her or possibly even, them. You will be in danger. You will be frightened. But always remember Singent's Maxim -

“Magic is the application of natural forces that, as yet, we do not fully comprehend”.

For this is a book about the natural, and the supernatural, world. You can keep up with all my blogs, books, recipes, and a lot more by scrolling down to the bottom of Steve's Nature Plus and hitting the Subscribe button.