The Owls of Muncaster Castle 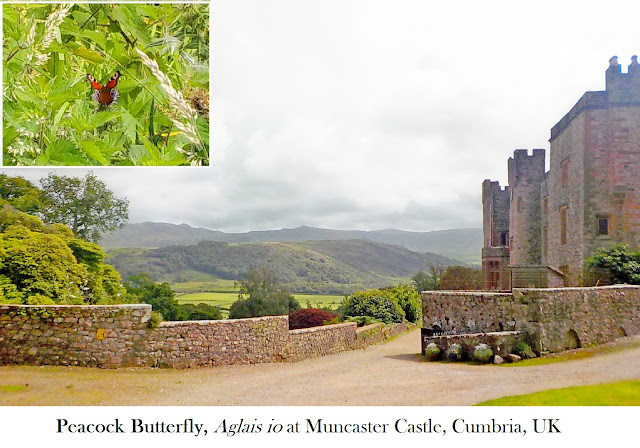 I’ve often thought, that if I inherited a castle, I would know exactly what I would do with it. I would devote the grounds to wildlife conservation and invite the public in, to inform, enlighten, educate and enjoy. It seems as though I’ve been beaten to it. The Pennington family have done exactly that with Muncaster Castle, here in Cumbria. So, join me if you will, for a little walk around their garden. 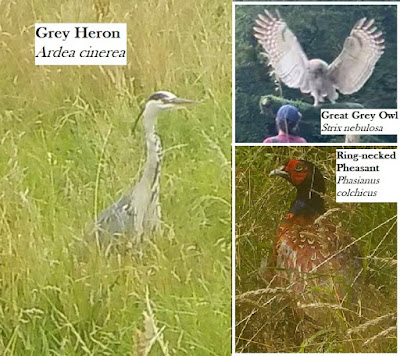 One of the first things you notice is a slight dearth of manicured lawns, formal gardens and the like. Pheasants and Herons pop up like Jack-in-the-boxes from swathes of wild grasslands instead. There’s a reason for this, and the reason is owls. The more astute ornithologists among you will have noticed that the Great Grey Owl in the picture is not a native British species, they live in the more northerly latitudes of America, Europe and Asia. Muncaster Castle is the home of The World Owl Centre, dedicated to the conservation of owls and their habitat, worldwide. So, out went the formal gardens to be replaced with aviaries, flying areas and hay meadows. Owls like to eat small, furry mammals and small, furry mammals like to live in hay meadows and we haven’t got so many of those these days. There’s an awful lot of us in the UK now, all demanding our daily bread, so agriculture has had to intensify to feed us all. Hence, fewer hay meadows, fewer small, furry mammals and less owls. 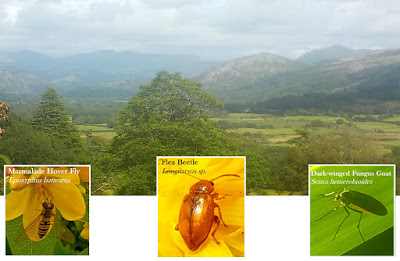 Hay meadows are also a haven for insects, a valuable food source for the small, furry mammals. Insects, and their relationships with plants and predators, is my area of special interest and I’d love to get in there, catalogue them all and document what’s going on. Today though, I’ll have to content myself with watching from the sidelines. I’m pleased to see an old friend, the Marmalade Hover Fly, as I’ve been helping to monitor the migration patterns of these amazing little insects for a number of years; firstly in Crete and now here in Cumbria [see To The Village of Orino]. We also have a little Flea Beetle, a tribe of beetles within the Leaf Beetle family, Chrysomelidae, which I’ve often come across in bushes and woody shrubs in my peregrinations around the Cretan countryside. And finally, a Dark-winged Fungus Gnat which is totally new to me. 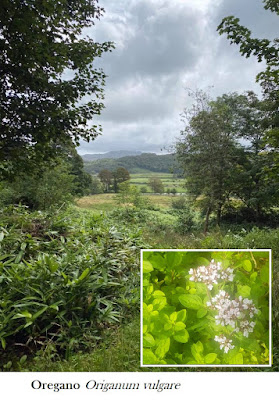 There are loads of little hidden paths with sudden, amazing views and an absolute plethora of plant life. One plant that I certainly wasn’t expecting to see was this one down at our feet, Oregano. I’ve always thought of it as a Mediterranean herb but, apparently, it has become widely naturalised across the UK, particularly in recent decades. Definitely one to add to the foraging list for Steve's Wild Kitchen. Not today though, after all this is someone’s private garden, even if it is open to the public. 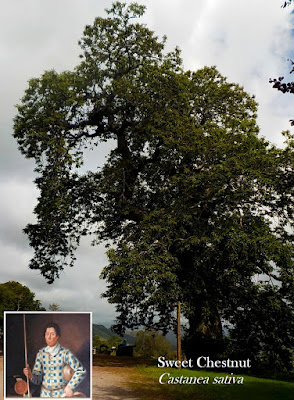 It’s nearly 4 o’clock; Heron feeding time. They’ve been feeding wild herons here for decades, from suitable kitchen scraps, but before we get there, I just want to bring your attention to this Sweet Chestnut tree. In silhouette it looks like a mediaeval court jester looking down and laughing at us. Could it be that Thomas Skelton, the 16th century court jester at Mulcaster, is still playing his tricks? After all, this sinister [and allegedly murderous] clown is said to still haunt the place and this tree was his favourite place for sitting under. He also used to direct people, that he didn’t like the look of, into nearby quicksand, according to legend. Ah, but they were different times and humour was different then.

On a personal note, I am close to purchasing my flat in Cockermouth. I’ll try to keep up a weekly post but events may overtake me. So, until next time, stay safe and be happy. Steve.