Once upon a time, there was a little lake called Thirlmere, so shallow that you could walk across the middle at times. 'Thirl' probably derives from Old English denoting a narrowing. Then, in the 19th century, the growing city of Manchester acquired it for a reservoir and built the dam on which we are now standing. The water flows downhill, all the way to the metropolis 96 miles away, without the need for pumps of any kind, flowing over aqueducts and through tunnels in an incredible feat of engineering. If you fancy a ten mile hike, you can walk all the way around the lake but today, we're going to concentrate on the north west section. 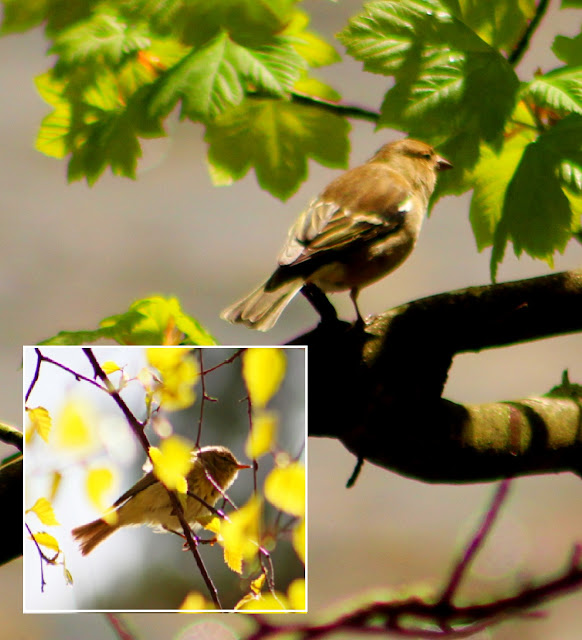 There are buzzards and a kestrel high in the sky, wheeling and hovering around Raven Crag to our right, while down here by the lake dunnocks and chaffinches flit from branch to branch and we also have a Chiffchaff. The chiffchaff is a rather nondescript little warbler who rather helpfully calls its name with a repetitive chiff chaff, chiff chaff. Distinguishing between warblers and female finches such as the chaffinch is relatively simple; just look at their bills. Warblers eat spiders and insects and have thin bills adapted to that purpose. Finches, being seed eaters, have thick, powerful bills.

Later in the year, this bank will be covered in dense, green bracken but now is just the right time to see it unfurling against a backdrop of pale moss. At this stage in their development, they always remind me of seahorses, gently floating amid the undulating seaweed. 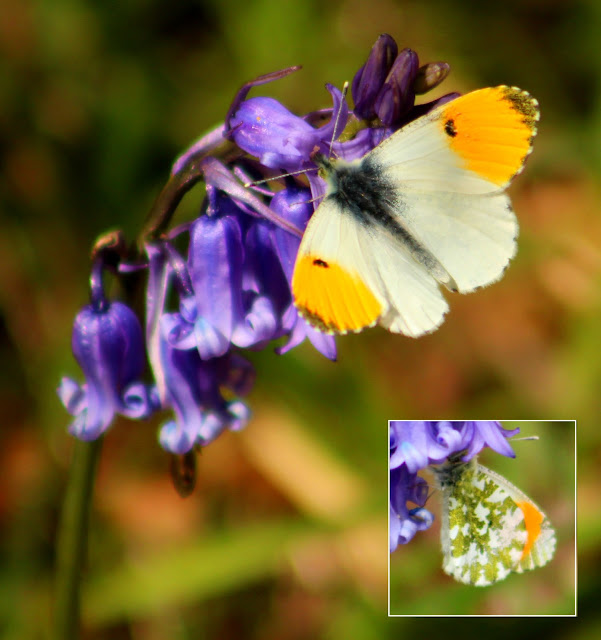 The bluebells are just starting to come into flower and here we have a lovely Orange-tip butterfly. This is one of the 'White' butterflies in the family Pieridae, as are the common Small and Large Whites. If you look at the underside of the wing, you can see that it is a mottled green, similar to the Bath White. 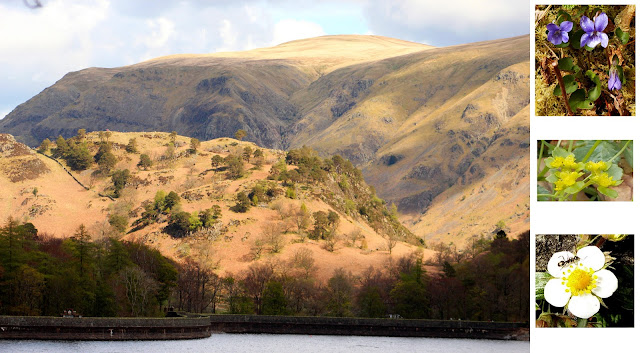 Here we are at what was once the waist, or thirl, of Thirlmere and we have a lovely view of sunlight on the fells. Apart from the emerging Bluebells and the last of the Daffodils, we've not seen much that is new in the way of flowering plants this morning. The Dog Violets and Golden Saxifrage were both blooming last month, but we do have some Wild Strawberries in flower, much to the delight of this little ant.

A very pleasant walk, particularly if you are not fond of going up hill and down dale, and we shall return to Thirlmere again to see it in different seasons. Meanwile, do join me throughout the week for Minibeast Monday, Podcast Tuesday, #CumbriaNature on Wednesday, Pic of the Week on Thursday (to introduce the new feature below) and Foraging Friday. All this for free on Steve's Nature Plus


All the best, Steve 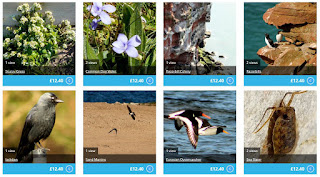 I have put selected pictures up for sale as digital downloads or prints, for both private and commercial use. I shall be concentrating on the pictures which show relationships between organisms and their environment and interspecies behaviour. Gallery.