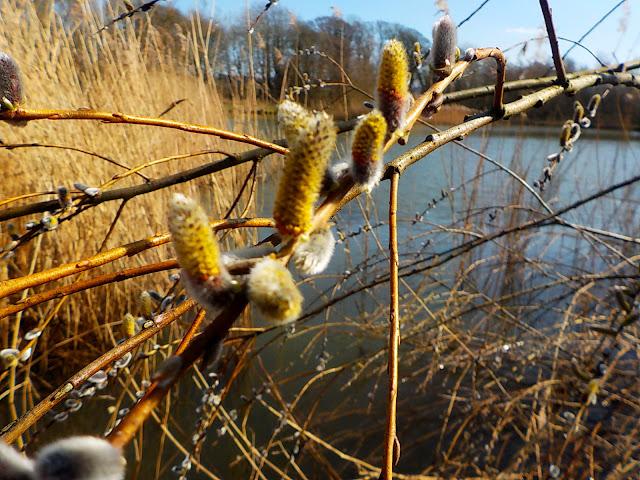 April is the bonanza month for naturalists in Europe. Everything really starts to happen this month in the northern latitudes, whilst down south, Spring is in full swing. It's impossible to pick out any one item on which to focus, so this month we're going to zoom in on relationships. 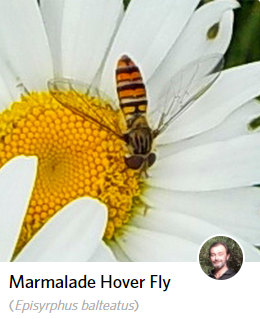 As the flowers start to bloom, so the insects emerge. 88% of flowering plant species are pollinated by insects, which includes three quarters of our food crop species. So, this month's first photographic theme is #InsectPollination. Here, a Marmalade Hoverfly is busy pollinating an ox-eye daisy. 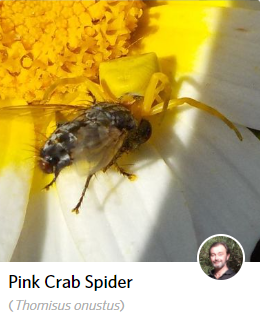 Flies are major pollinators, coming second only to bees, a fact that this Pink Crab Spider is taking full advantage of. Pink? That's its neutral colour. Crab spiders have the ability to change colour to match their backgrounds. It takes a while but it's very effective. This one has matched the yellow of the crown daisy perfectly and nabbed itself an unsuspecting Parasite Fly. #Predation, in all its forms, is the second photographic theme for the month. 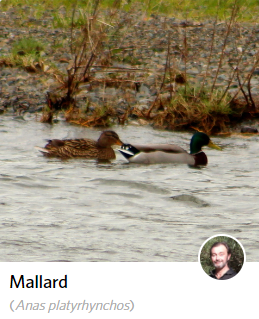 With food in such abundance, it is the perfect time to start the mating game. Courtship rituals are fascinating to watch, so take the time to stop and observe the species that you are photographing this month. Your time will be well rewarded. Photographic (and video) theme number 3 is #Courtship. 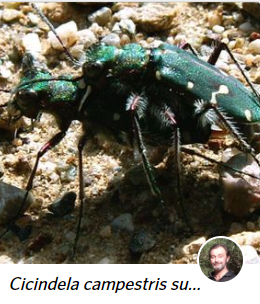 After courtship comes copulation. I caught these two Tiger Beetles mating in Crete, and used it as the cover for my book, The Quick Guide to Creepy-Crawlies (if you haven't got yours yet, then you'll find it at its most useful this month, when there's so much going on). #Copulation is our fourth and final theme for the month. Send your photos and videos, with hashtag and location, to any of the following: 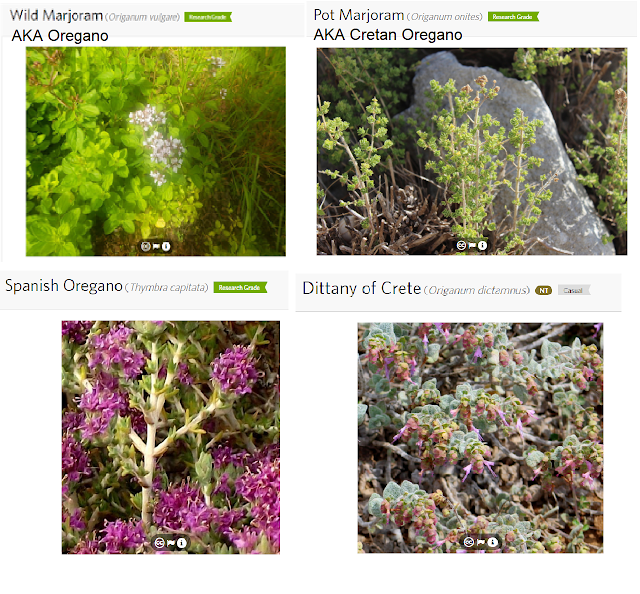 With so much to forage this month, I thought I'd look into a question that's been puzzling me for some time. What's the difference between oregano and marjoram?

Pot Marjoram is also the name given to Cretan Oregano which is a different species, Origanum onites. Hardy Marjoram AKA French/Italian/Sicilian Marjoram is a cross between O. vulgare and O.majorana.

Spanish Oregano, Thymbra capitata and Mexican Oregano, Poliomintha spp. are from the same family but not in the same genus, so they are not true oregano. The famous Cretan Dittany is however, despite not having oregano in its name. It is Origanum dictamus.

Hope that clears up the confusion!

All of the nature books featured on my posts are now available to view, by category, on one page: Build Your Own Nature Library