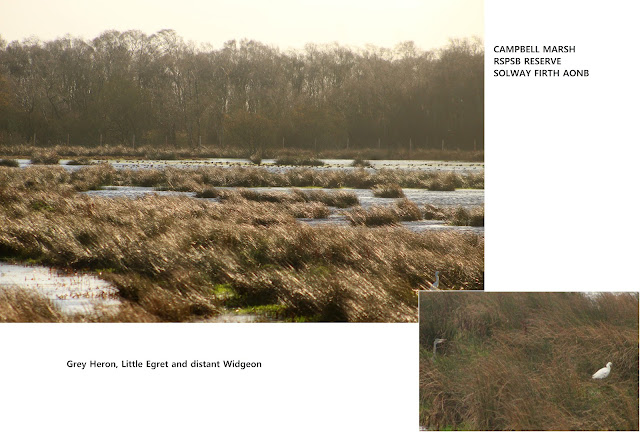 When the wind is howling, fit to blow you off your feet, going out for a walk can be a bit daunting, even for the most enthusiastic of naturalists. Much better to pack a thermos of hot soup and head for one of your local bird hides.

[Tip: search 'bird hides near me' in Google Maps]

Which is where I'm taking you today. Campbell Marsh RSPB reserve, to be precise. Up on the Solway Firth. The first hide is open, facing the wind, and you can hardly prise the door open. Nothing much going on at the second, but third time lucky. We're out of the wind, and there are birds to be seen. A large flock of Widgeon, albeit a distant flock. However, we do have a Little Egret pottering about down here, and he's just been joined by a Grey Heron. Little Egrets are on the rebound in Britain. They used to be plentiful (in 1465, a banquet for the new Archbishop of York reputedly included a thousand of them). They were then slaughtered in their millions in Victorrian times, to provide feathers for women's hats, which is one of the main reasons that the RSPB came into being, and finally, they got fed up and moved south to mainland Europe. They were virtually extinct in the UK by the 1950s. 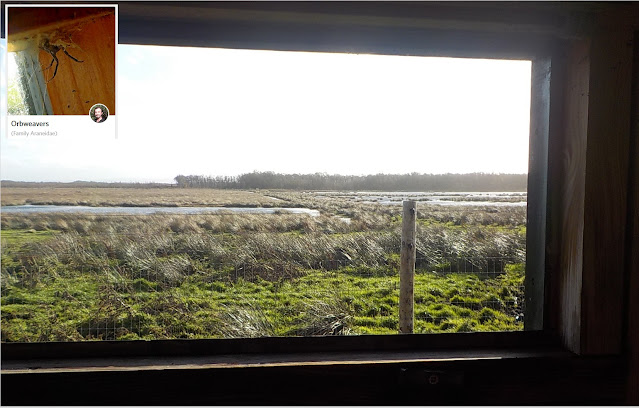 Apart from the heron and the egret, there doesn't seem to be much happening outside at the moment. Meanwhile, I suggest we take a tip from that Orb Weaver spider up there, happily devouring some species of fly, and break open the soup. 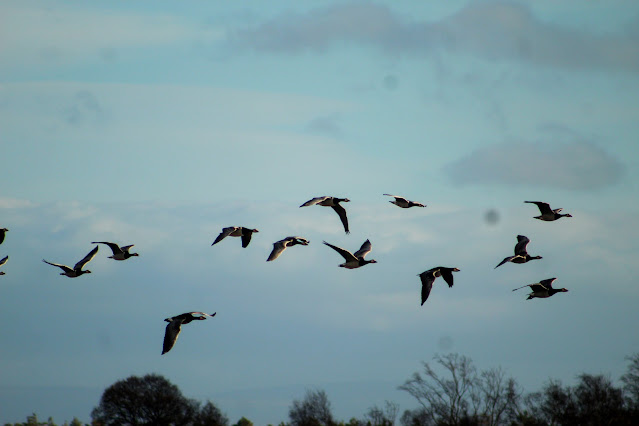 Lights, camera, action. A flock of Barnacle Geese are just honking in. Back in the 12th century, it was thought that these birds hatched from the Goose Barnacle, hence their common English name. In Ireland, the myth persisted until fairly recently, and they could be eaten during Lent, as they were considered to be fish, and not poultry. I have a sneaking feeling that this was just a work-around! 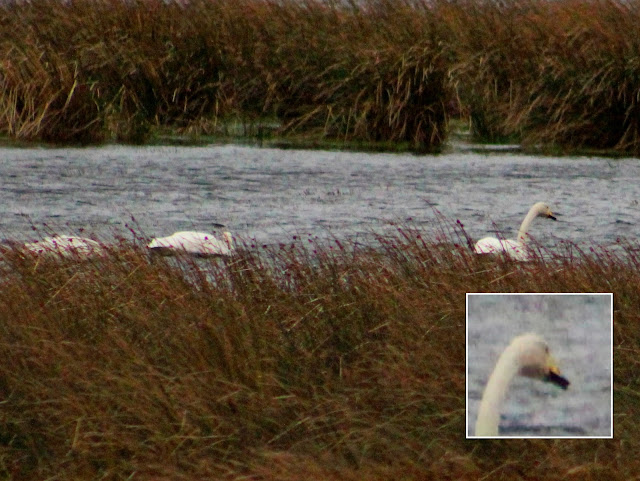 It's all happening now. A trio of Whooper Swans have just arrived. These are larger than the similar looking Bewick Swan, and have more yellow on their beaks. They overwinter here, having bred in subarctic Eurosiberia. When they prepare to migrate, they have a sort of head bobbing competition. The bobbiest bird gets to lead the migration. Swan democracy!

And another Little Egret has just arrived, much to the chagrin of the initial Egret, who was first upon the scene. At least, this looks to be more of an aerial argument, rather than a courtship display. But who knows? This November has been the warmest on record, so maybe they think it's Spring. A wonderful display, though, whatever the motivation. 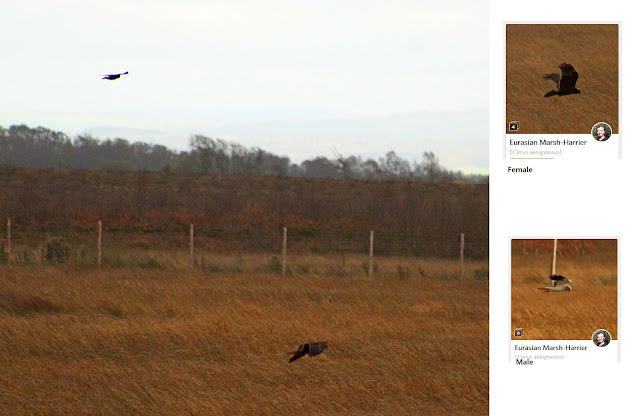 Oh, this is really the icing on the cake. A pair of Marsh Harriers. The lighter colured male is highly distinctive, whereas the darker female is a little harder to recognise. To add to the confusion, the dark one could be a juvenile. The young of both sexes look very similar to the adult female. These are wetland specialists, feeding on small mammals, small birds, insects, reptiles, and frogs. They are ground nesting, typically in reed beds. Nearly extinct in the UK by the early 20th century, due to persecution, habitat destruction, and pesticide poisoning, they have come back strongly, and are rated as 'of least concern' by the IUCN.

So, from a slow start, it has turned into quite an exciting morning. Oh, and if the title of this post rings a bell, then you must be even older than me. Much-Binding-in-the-Marsh was a BBC radio comedy show from the 1940s and 50s. And, talking of things from the past, following on from Steve's History of Things, I have just launched a new magazine which you can find on Steve's Nature Plus.