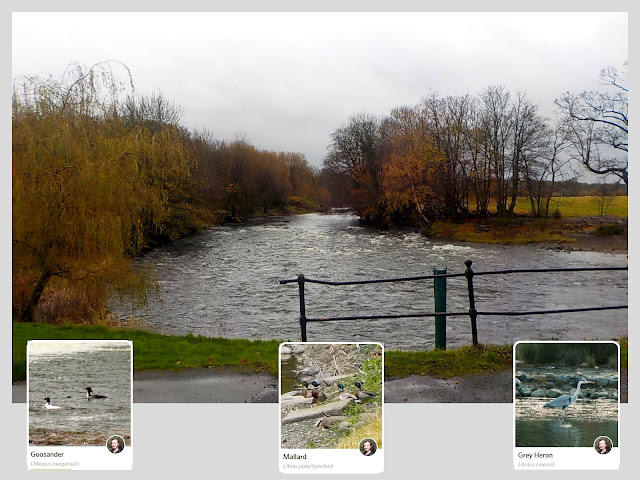 Once again, it has been great weather for ducks. The Derwent, I am pleased to say, has been behaving itself, the goosanders are back for the winter, the mallards are doing whatever it is that mallards do, and Sally and Harry, the herons, pop by from time to time. Harry Jnr. (AKA Connick) is all grown up and moved on to pastures new. 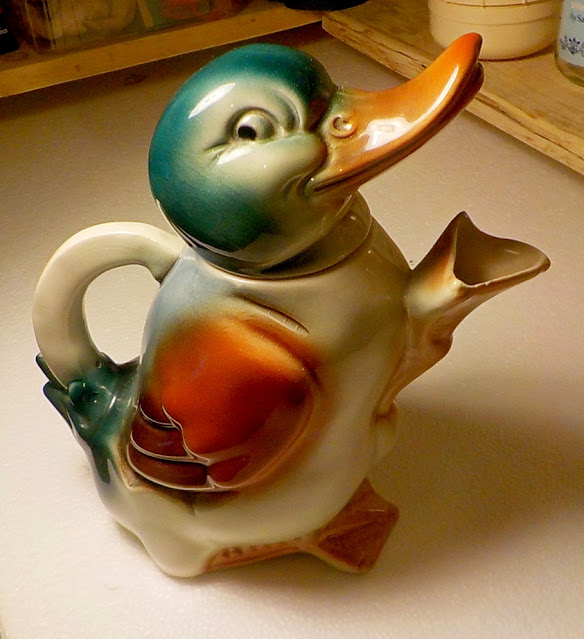 In the meantime, Ive been spending a fair bit of time at auction houses buying stock for my on-line antiques shop, Steve's Vintage Collectables. Even there, I can't seem to get away from wildlife. Very often, I buy a box of mixed ceramics, if there's something interesting in there. One I bought recently also included this foreign made duck teapot. Not worth auctioning at Christie's, but I think he's absolutely lovely. 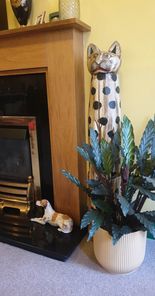 At other times, I spot something, tucked away at the back of the room, that just tickles my fancy. Such as this ridiculous one metre tall, hand crafted, wooden cat. He looks marvellous, peering out from behind the foliage, next to the fireplace, at The Old Corn Mill. I suupose that I'll have to sell the cat and the duck eventually, but I think I'll hang on to them for a while. 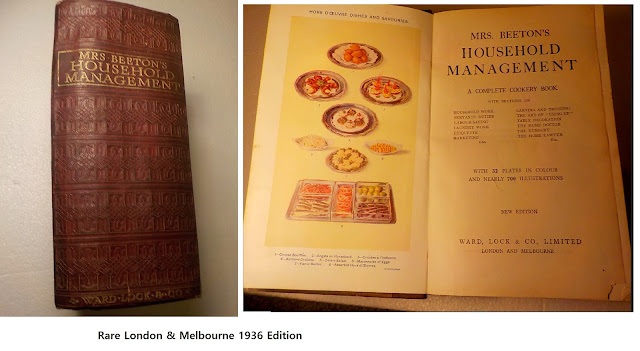 Meanwhile, as I write books, I thought I'd diversify into the antiquarian book market. I've a box of inter-war children's books to look through, which I picked up yeaterday, in Carlisle. I was also lucky enough to get a very rare, London & Melbourne 1936 edition of Mrs Beeton's Household Management, that turned out to be worth a lot more than I (or the auctioneers) realised. And on the subject of books, I have almost finished proofreading my first novel, The MONOM, (an anacronym for The Magic of Nature of Magic). I hope to get it published before Christmas, so if you get any Amazon vouchers in your Christmas stocking... 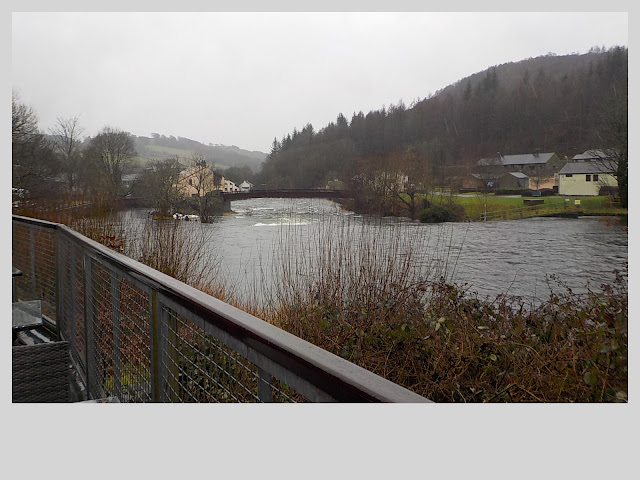 We're off to the central lakes at the weekend, to pick up a charity consignment for the homeless, so I'll take my camera, and let you know what's happening on the wet wildlife front, here in soggy Cumbria.

P.S. In common with the rest of the world, I'm running a sale at the moment, in conjunction with Etsy's Cyber Week, so if you're interested in investing in antiques (a better bet than banks and building societies at the moment), or just looking for some Christmas gift ideas, come in and have a browse... Steve's Vintage Collectables.