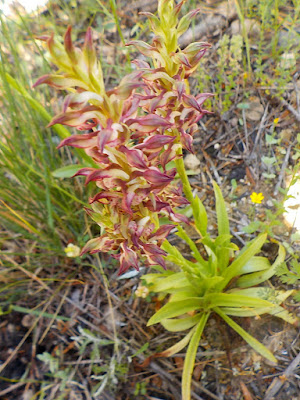 Week '?' of lockdown and I’m beginning to lose track of the days as well. A certain lethargy is creeping in so I stirred my stumps on Someday and went orchid hunting up on The Hidden Plateau. There were plenty of Pyrimidal orchids and a few Serapias but the find of the day was this spectacular Fragrant Bug Orchid, Anacamptis coriophora ssp. fragrans. This was the first time that I’d seen this particular orchid and there’s always a bit of added pleasure in finding something new.

Which got me to thinking about some of the other 'firsts' that make natural history such a fascinating hobby... 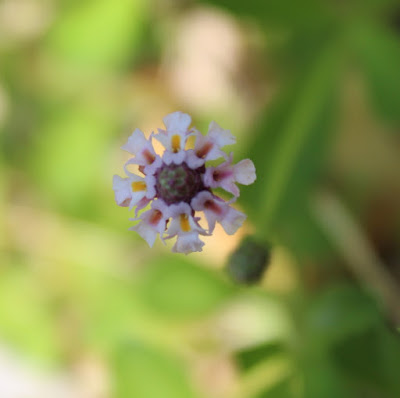 One up on the Observation Pleasure Scale is finding something previously unrecorded in an area. A case in point is this Turkey Tangle Frogfruit, Phyla nodiflora which we found on our way to Ferma's Covert Coves.

This attractive flower was previously thought to exist only in the west of the island before we chanced upon it, here in the south east. Observations like this help to increase the scientific knowledge of a species and its habits. 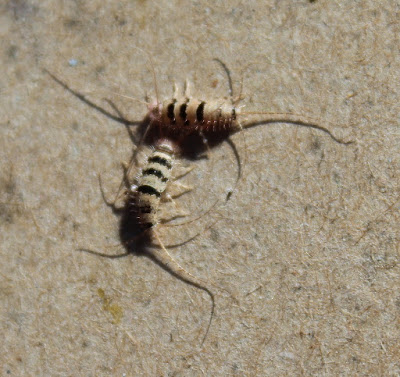 And then of course, there are the rarities. Photographing something that comparatively few people have seen before takes the Observation Pleasure Scale up to minor thrill level.

Such was the case with these Silverfish, Thermobia aegyptiaca which are restricted to North Africa and the Eastern Mediterranean basin. That is, until some amateur naturalist (maybe you?), adds to the sum of scientific knowledge by discovering them in a previously unrecorded location. 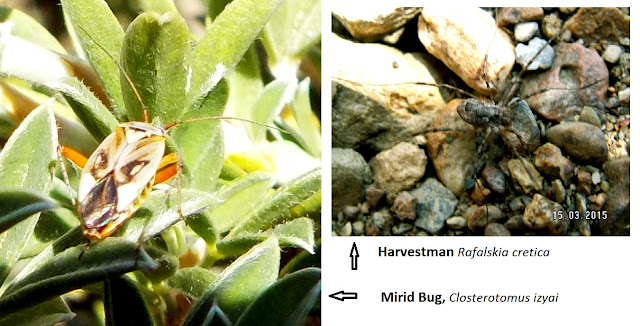 Sometimes a species is so rare that no photographs exist of it on the Internet. They have been recorded and described but no-one has yet photographed them in the wild. Being first on the net is a feather in anyone’s cap and I’m lucky to have been able to do this twice (in 16 years) with this very pretty Mirid Bug, Closterotomus izyai, and a Harvestman, (not a spider), Rafalskia cretica.

Insects are somewhat adept at hitching lifts with human cargo and, if conditions are right, they can spread around the world. This is of concern, particularly to the agricultural sector, as these interlopers can cause havoc in an established ecosystem. Back in 2011, Greek scientists spent six months setting insect traps in an effort to track the Leafhopper Assassin Bug, Zelus renardii from America. They eventually discovered a dead one in a street lamp cover. The first recording of the species on Crete occurred in 2014. It was discovered by my wife, Christina, who spotted it on the mosquito net in our bedroom when she got out of bed one morning. Which goes to prove that you don’t need a scientific expedition to make a discovery – just a good eye for something out of the ordinary. I have also been fortunate enough to discover one of these invasive insects. The Longhorn Beetle, Chlorophorus varius, another American import, which first appeared in Crete in June 2017 (See The Ultimate Jigsaw Puzzle).

The ultimate thrill for any naturalist, amateur or professional, is the discovery of a new species but, so far, that has eluded me. It is important to record your observations. You can find all of mine on iNaturalist, a worldwide citizen science database with over 25,000,000 observations.

"You see, Watson, but you do not observe," said Sherlock Holmes. So, get your camera out and start observing. Natural History is a fascinating and rewarding hobby.