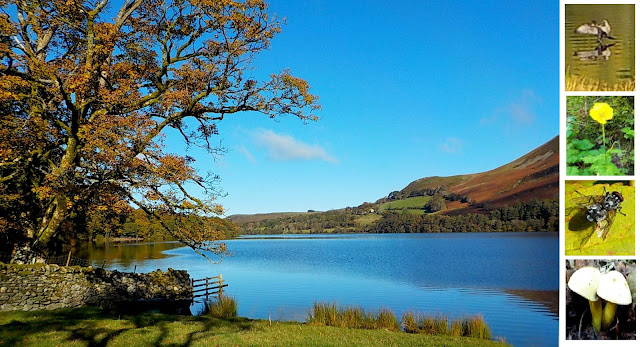 Time to visit another one of those puddles in the hills, otherwise known as ‘The Lakes’. This one is a particularly idyllic lake called Loweswater and we should be able to walk all around it in a couple of hours. There’s a country lane down one side, a woodland trail along the other, and farmland at either end. So, we’ll start midway down the lane and head for the south eastern end. 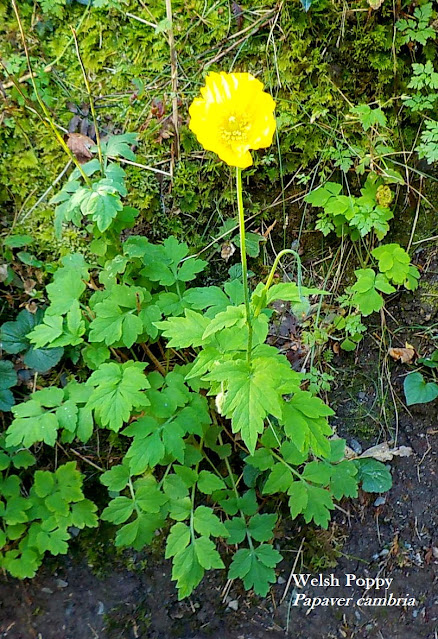 Not so many flowers along the roadside at this time of year, a few Red Campion and the odd DYC (a botanical term for difficult to identify dandelion-like plants, standing for damned yellow composites. Similar to the ornithologist’s LBJs – little brown jobs). This yellow flower, on the other hand, is easily recognisable as a Welsh Poppy which is native to the uplands of the western edge of Europe, from Iberia to up here in the north west of the UK. 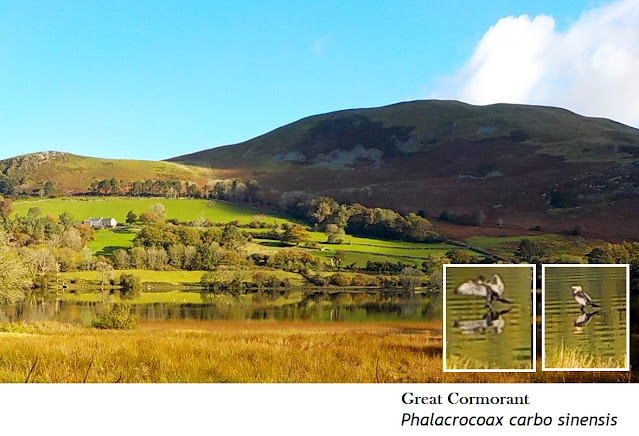 I see that we have a Great Cormorant drying his wings out on the lake. They do this because their feathers aren’t waterproof. This may seem odd for a diving bird that lives on fish, but waterproof feathers are more buoyant which would hinder their diving ability. Their plumage varies throughout the year, and also from year to year as they get older. Add to this, the fact that we have two different subspecies in the UK and you come to realise that Cormorants can be very variable indeed. This one, I suspect, is the subspecies Phalacrocoax carbo sinensis in its first winter plumage. 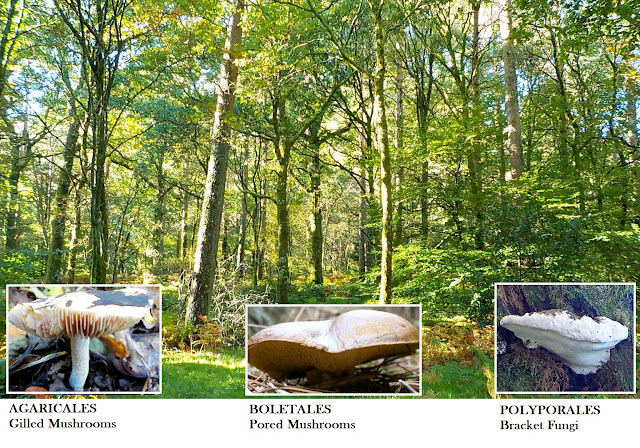 Into the woods now and it’s mushroom time again. We’ll go into mushroom identification in more detail later, but as an introduction let’s have a look at three of the main types that we’re likely to come across on our perambulations. The first type is the Agarics [Order Agaricales]. These are the type with which we are most familiar and includes those that you buy in the supermarket for everyday use. They have stems that can be long, short, thick or spindly but all have gills on the underside of the cap. The second type is the Boletes [Order Boletes] which usually have short, thick stems but the underside of the cap is like a sponge and has no gills. The third type is the Brackets [order Polyporales] that have no stems but grow straight out of the side of a tree, living or dead, (or wood that used to be part of a tree). Their texture is not jelly-like. Jelly fungi are a different, complex group and you can see an example in An Urban Oasis. All types contain edible, inedible and poisonous varieties, so resist the urge to pick any just yet. 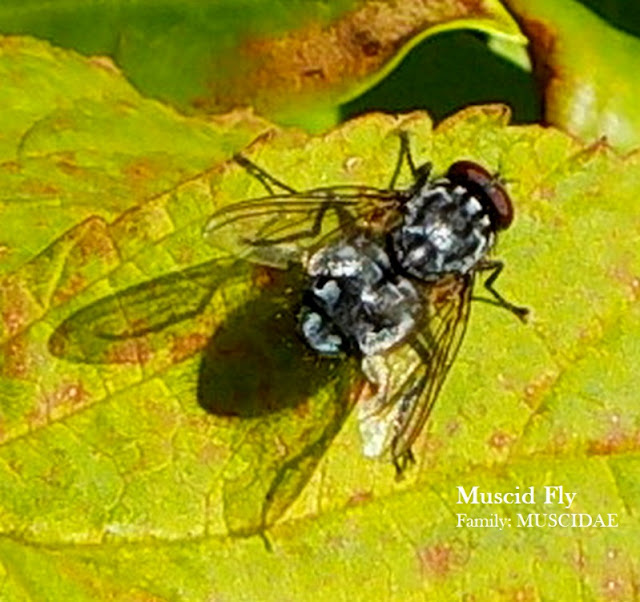 As the flowers are becoming scarcer, so too are the insects that feed on their nectar. Being near water, there are plenty of midges about but, thankfully they don’t seem to be the biting kind. Non-biting midges, of which there are probably more than 10,000 species, form the fly family, Chironomidae. Another familiar fly family is the Muscidae, which includes the House Fly and the Stable Fly and because of their close connection with us humans [synanthropy, in scientific terminology] they can be seen at any time of the year. But hey, even Muscids can be pretty, if you look at them close enough. 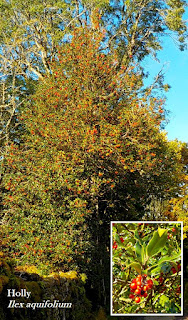 And finally, as we wend our way back along the road, a magnificent Holly Tree in berry. Yes, Christmas is approaching, the book list is below, and I’ll say no more than that! Meanwhile, on the domestic front, I shall be moving into my new abode during the next few weeks so I’ll be up to my neck in paint brushes and things. So, I’ll see you in about three week’s time, when I’ve got things under some sort of control. Happy Hallowe’en, if I don’t see you before,
Steve