Half Way To Sunderland 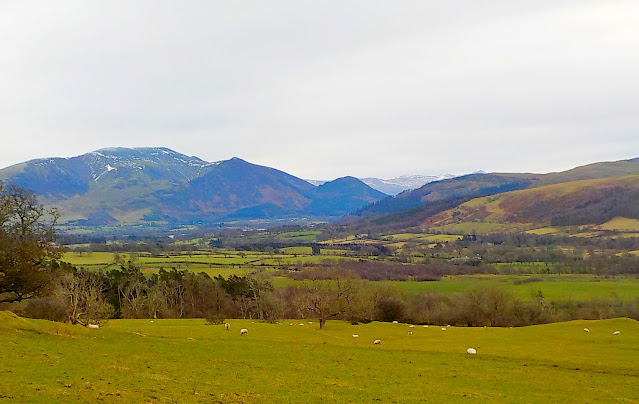 “How do you fancy walking half way to Sunderland?” I asked our Intrepid Local Guide.

She gave me a look that suggested the men in white coats were just a phone call away, as her home town is about 100 miles distant. There is, however, a village of the same name just up the road with a footpath connecting it to the village of Blindcrake, and it was to this that I was referring.

Bundling up Jack the Navigator Hound we're setting off for the hills and fields at the northern end of the Lake District. So, come and join us and let's see what we can find. 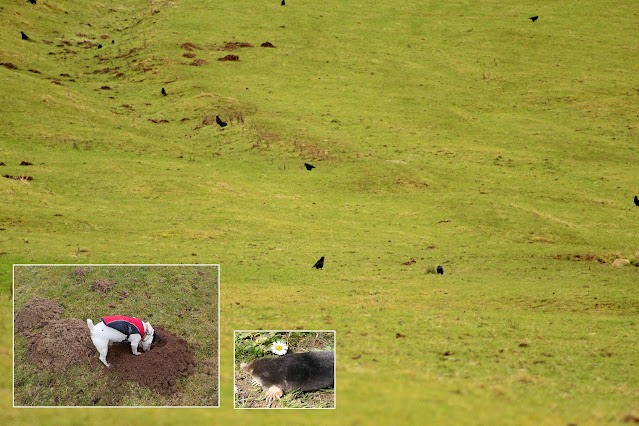 Scattering Rooks in all directions, Jack is soon at work trying to excavate a mole. Unsuccessfully, as it happens, so I've had to borrow this picture from Wikipedia. Moles are much maligned little creatures but, contrary to popular opinion, they do not eat plant bulbs. Their diet mainly consists of earthworms, insects, small invertebrates and slugs (which do eat plant bulbs). A group of moles is called a 'labour', the male is a boar and the female a sow and, a curious fact, they have two thumbs on each forepaw. 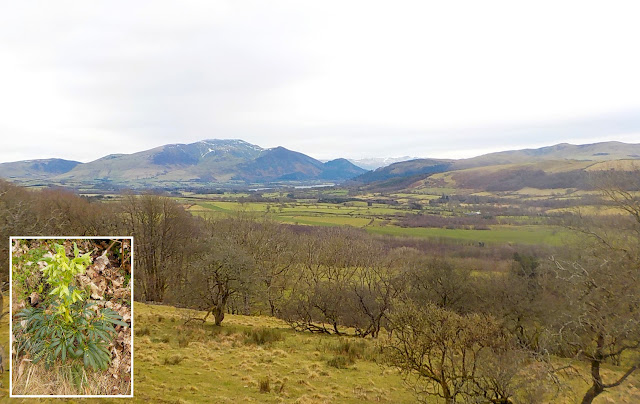 Climbing the hill, we start to get views of the northern fells and a glimpse of Bassenthwaite lake where we were last week. We also have a plant coming into flower. This is Stinking Hellebore, Helleborus foetidus, which, despite it's name, is not particularly smelly (unless my olfactory receptors have shut down in the cold). It is, however, poisonous, causing violent vomitting and delirium. Not one to add to our foraging list, but each flower can have up to ten nectaries (nectar producing glands) which makes it an excellent garden plant if you're a bee-keeper. 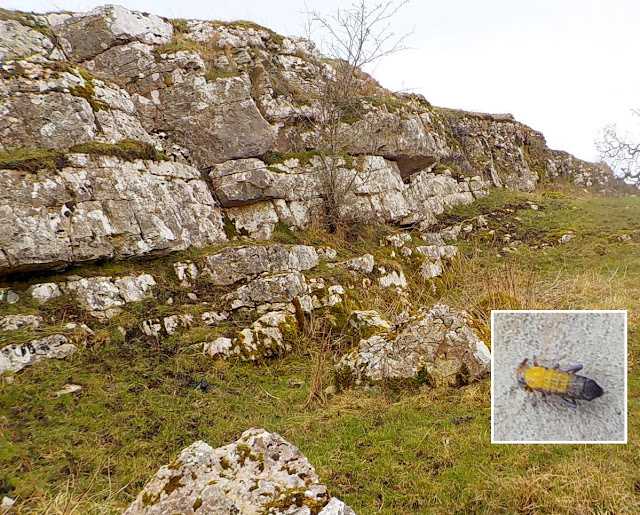 Last week I said that “Minibeasts are a bit thin on the ground in the UK during the winter months” and somebody kindly pointed out that they were still about; you just have to look for them. Lo and behold, if we turn over a few stones by this limestone outcrop, sure enough we have a little yellow and black beastie. As to what it is, even I'm a bit stumped with this one: 6 legs, so it's an insect, and I think I see only one pair of wings which would make it a fly of some sort.The antennae are very short, which would seem to confirm our suspicions but the eyes don't look large enough for a fly. What I should do, is take it home and check it out with a hand lens and The Quick Guide to Creepy-Crawlies but I haven't unpacked my insect boxes or my hand lens yet so I'll replace him under his stone. 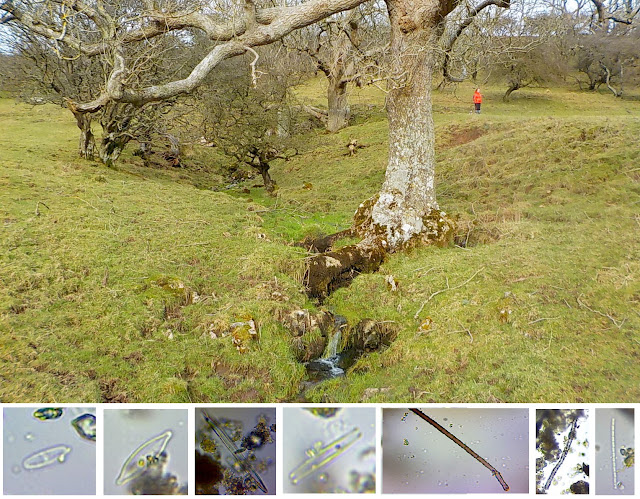 Earlier in the week, I was discussing diatoms with you in Steve's Nature Plus and I see that we have a small gill here. I've located my water sampling kit and unearted the microscope so let's see who lives in these waters. Our Intrepid Local Guide seems to be admiring the scenery, so if you could just hand me that pipette...

There wereabout 10 different diatoms in the sample. These wonderful little lifeforms, neither plant nor animal, with bodies made of glass, are present in all the waters and soils of the world and do a lot towards oxygenating the planet. If you visit Steve's Nature Plus you can watch the one on the end chugging through the grains of sand like a slow moving goods train. Absolutely fascinating and quite mesmerising. 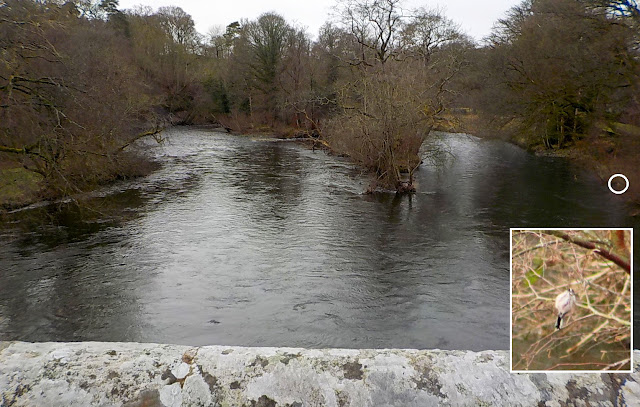 Back to the car now for a drop of hot soup, and there's a lovely little place down the road where we can look over the River Derwent on its way down to Cockermouth. There's something flitting around in those bushes down to the right. How lovely, it's a Long-tailed Tit, Aegithalos caudatus. I love the fact that animals invent things long before we humans say “Look what I've invented!”. The Long-tailed tit invented velcro. Its nest is made of lichen, feathers, spider egg cocoons and moss, with the moss providing the velcro hooks and the cocoons providing the velcro loops.

At this point, I normally say “see you next week” but now you can pop in and join me for a virtual cup of tea any time your browsing.

Enjoy your local nature, wherever you are,

Steve's Nature Plus Join me at The Old Cornmill and follow me throughout the week for all the news that doesn't fit into the blog.