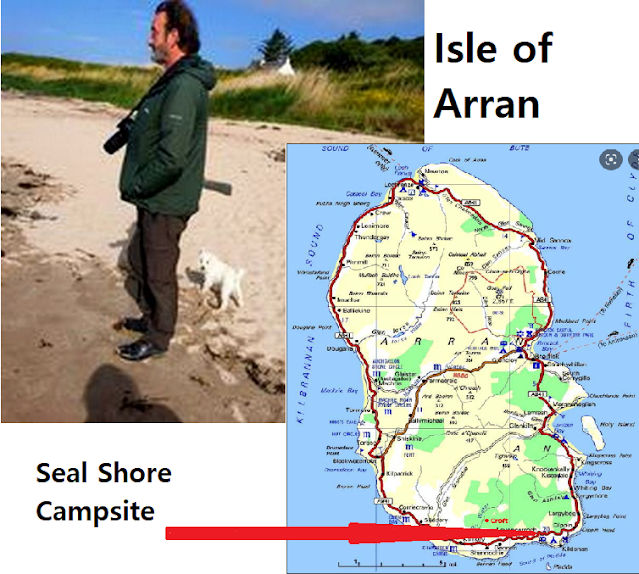 The Isle of Arran lies off Scotland's west coast, nestling securely in the Firth of Clyde, and it's to be our home for the next six days. Described as 'Scotland in Miniature', it boasts a wealth of wildlife including Arran's big 5: Red Deer, Seals, Golden Eagles, Red Squirrels and Eurasian Otter. So, join Ishbel, Mattie and me as we pitch up on the island's south coast, at the encouragingly named Seal Shore Campsite, and we'll see how many of the big 5 we can find. 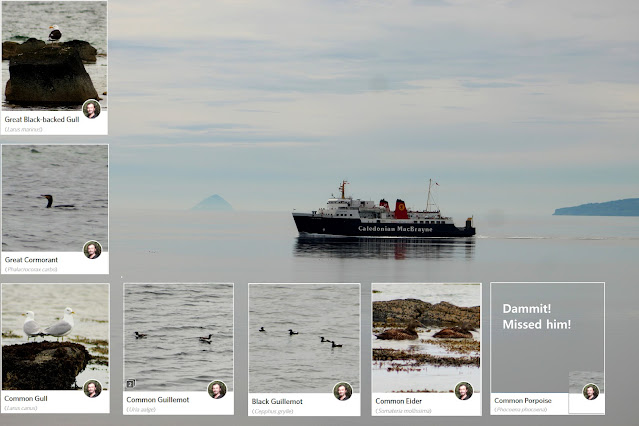 The ferry from Ardrossan on the mainland takes an hour and there are plenty of opportunities for a spot of bird watching from the top deck. As our sister ship steams past, with the islands of Padda and Ailsa Craig in the background, we have a couple of Greats: Black-backed Gull and Cormorant; Guillemots, both Common and Black as well as Common Gulls and Common Eider. And look! There's a Porpoise – he was there, honest. 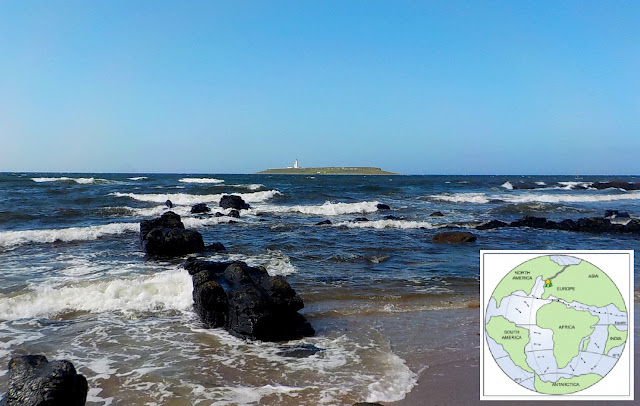 Here we are at the campsite and what a glorious view. There's a story behind those black rocks out there. Once upon a time, a very long time ago, about 200 million years ago in fact, the supercontinent of Pangea began to break apart. As the continental plate was stretched ever thinner, cracks began to appear, and boiling hot magma erupted, flaming, through the surface. These black rocks are the remains of that monumental event. The continents of North America and Eurasia were born here. That's a pretty awesome way to start a holiday. Maybe someone should put up a blue plaque or something. 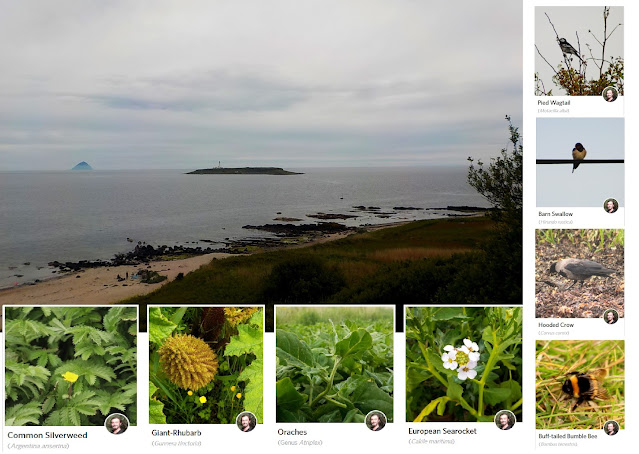 The other good thing about this site is that it's on the Arran Coastal Way which encircles the island in a 65 mile (105km) loop. I don't propose that we attempt the whole lot tonight, but we could all do with stretching our legs after the long journey, so let's explore a bit of it. I make no claims to be a coastal botanist, but most of the shoreline seems to be bounded by Common Silverweed and some sort of Orache, interspersed with Giant Rhubarb (with stalks and leaves above head height) and Sea Rocket. There are a fair number of Bumble Bees about, doing the pollinating. Buff-tailed, by the looks of it, and the evening birds include Pied Wagtails, some Hooded Crows prodding about in the seaweed and a few Swallows pretending that it's summer. In truth, it's getting a bit chilly, so let us repair to the local hostelry, conveniently situated next door, and see what's on the menu.

If you're into camping this summer, here are a few things on offer that you may like: