A couple of years back, I introduced you to Fell Walking For Wimps, low level walks, not too taxing on the leg muscles. Today we're going to attempt something more strenuous. Stone Arthur, at 504m (1654ft) is one of 214 fells, known as The Wainwrights, after Arthur Wainwright who spent a lot of time in the early twentieth century climbing and writing about them. Ishbel, Mattie, her brother James and his dog, Corrie, are going for the summit. We, on the other hand, are going to make a more leisurely ascent, taking a look at the fauna and flora along the way, and we'll meet up with them on the way down. I am of the opinion that if God had meant us to climb Wainwrights, he wouldn't have invented Google Earth. So, starting off in the village of Grasmere, we're aiming in the general direction of that rocky outcrop up there, known as Arthuur's Seat. 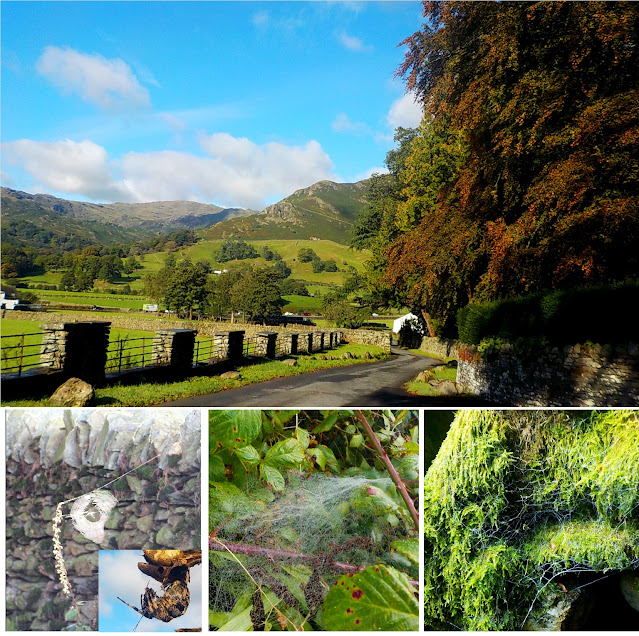 It's a beautiful autumn day, the leaves are beginning to turn, and the sun is illuminating the spiders' webs sublimely. Did you know that there are six main types of spider web? The first one here is an orb web, primarily associated with the family Araneidae. It is a sticky web, hung vertically, to trap flying insects. The spider often sits to one side, with one leg touching a thread, waiting like a fisherman, for a twitch upon the line. The second one is a sheet web. These are made by spiders of the Linyphilidae family, and catches prey on the underside. The spider simply dangles beneath the web and waits for lunch to arrive. The third one, which looks a bit of a mess, is actually cunningly constructed. These are mainly made by the Theriidae family. There are sticky threads dangling from it which are anchored to the floor. When an insect blunders into one of these, it breaks and contracts. The unfortunate insect finds itself impossibly stuck, and catapulted upwards into the web. 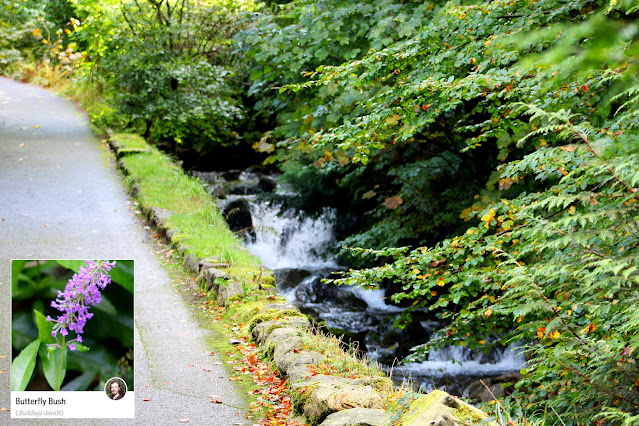 Turning off the road and heading up a small lane we are joined by a beck, tumbling down from the fells. There's not a lot in flower at the moment, but a few racemes of Buddleja are still clinging on. Buddleja, aka the butterfly bush, was named after Adam Buddle, a 17th century cleric and botanist from Deeping St. James, near Peterborough. It is native to central China and Japan, It was probably introduced into the UK in the 1890s and by 1922 it was designated an invasive species. A century later and it's everywhere. 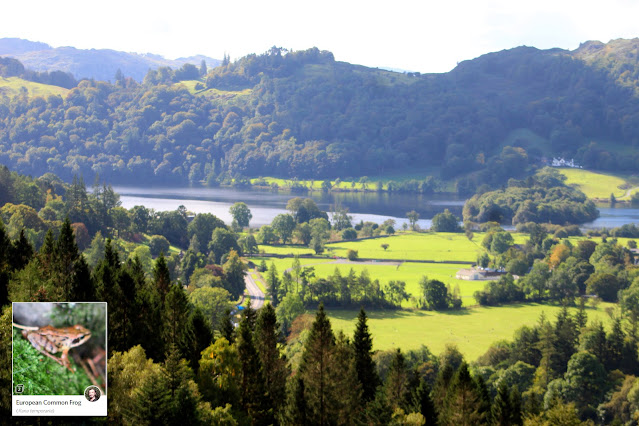 We're getting on for half way up now, and I think that it's time to sit and admire the view for a bit. That's Grasmere down there, one of the smaller lakes in The Lake District. The lake, and the village beside it, share the same name. Hello, we've been joined by a small frog. They are more active than you may think. Here in the UK, they only hibernate from about late October to January. They'll burrow down into mud, leaves, or even at the bottom of ponds or streams, where oxygen absorption through the skin is sufficient to keep them alive. 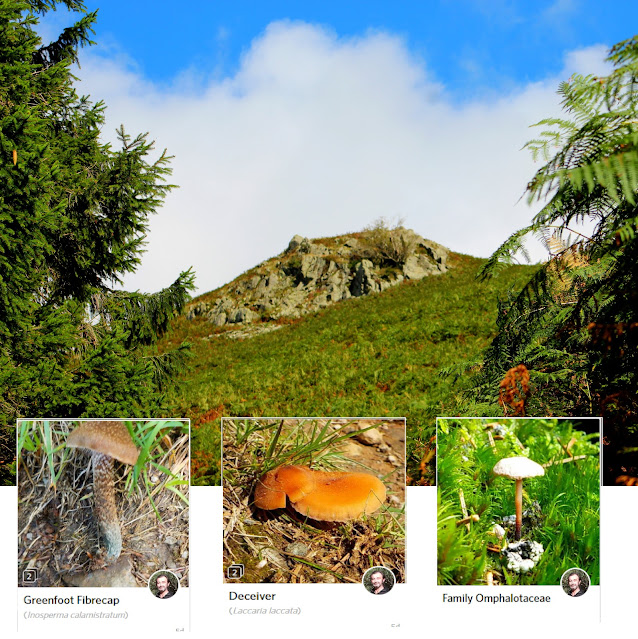 We're in sight of the summit now, and I can hear Mattie, barking joyously nearby, so I guess that they're on their way down. We have a few 'shrooms up here to have a look at while they oil their way down to us. Unusually, I don't have a paper bag on me, in which to collect samples for spore analysis, so I can't positively identify them. However, the first one looks to be a Greenfoot Fibrecap, an inedible (some sources say poisonous) specimen. The second one, I think, is a Deceiver. It's called The Deceiver because it has a very variable appearance. Although it is considered edible, it can easily be confused with other, poisonous, species. It's best left alone. Finally, we have a small, slender stemmed item, quite typical of members of the Omphalotacae family. The name is more of a mouthful than the mushroom is. 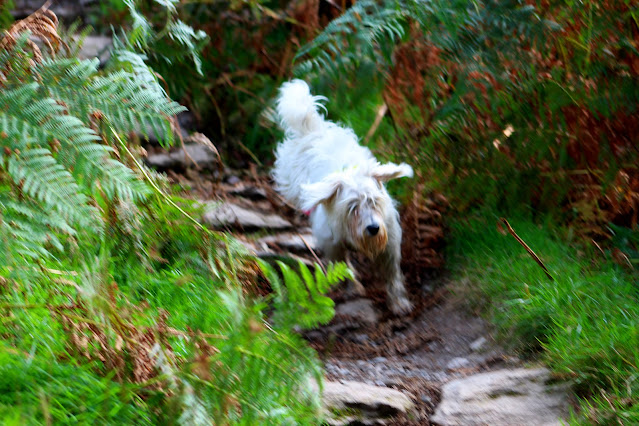 And here comes Mattie, ears akimbo, bouncing down the fellside like an errant snowball. Time to head back down for a well earned pint in The Traveller's Rest.

Until next week, all the best,