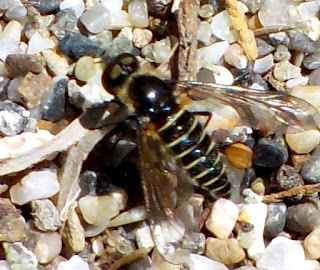 What a lovely day for wandering along the beach and taking it easy after our exertions down the valley. I see that we have another of those Bee flies that we were discussing a few weeks back (see The Sweet Smell of Rain) investigating the sand. Quite an absorbing pastime and there are hobbyists who collect sand, studying its composition from places around the world. The bit that the bee fly is studying for instance contains dark grains, pure white grains and at least fifty shades of grey in between. The colours are determined by the mineral content and the shape depends upon whether it has been washed down from the hills or transported by wind and waves. Ours is angular suggesting that it has come down the valley like us and the colouration is typical of quartz and chert with that odd orange bit by his abdomen probably coming from one of the iron bearing rocks that we observed in How To Get Blood Out Of A Stone. 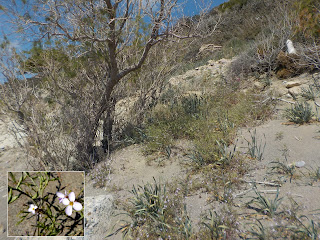 Let's walk along the back of the beach and see what else we can find. Those bunches of strap like leaves will throw up fragrant blooms of white Sea Daffodils in the summer but we have one common beach plant blossoming here and now and that's Sea Rocket. The seed pods have a very high concentration of erucic acid which is an omega 9 fatty acid and has a bit of a story behind it. You may be familiar with great yellow fields of rape, from which we get rapeseed oil. Rape and sea rocket are closely related and both contain high levels of this acid. We cultivate rapeseed oil for biofuel, animal feed and edible oil but the high levels of erucic acid became a cause of concern after laboratory tests in the 1970s showed that if you stuffed rats full of the stuff then it had a toxic effect on the heart. To be honest, if you pig out exclusively on anything it will probably do you harm – even water can poison you in high enough doses. Enter two bright sparks from the University of Manitoba in Canada who bred rapeseed low in erucic acid and called it Canola oil. Nowadays we just genetically modify the plant of course and canola is widely marketed as the healthy cooking oil. I'll let you make your own mind up on that one. 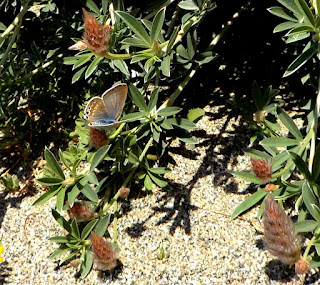 Here's a pretty little lady, she's a Long tailed Blue. Not as showy as the male who has a lot more blue on his upper wings but it pays not to be too conspicuous when you're sitting there egg laying. This maybe what she has in mind now. Her caterpillars feed on a wide range of leguminous plants in the Fabaceae family such as this Cretan Ebony which is just coming into flower. Shall we take a wander down to the sea and clamber along those interesting looking rocks over there? 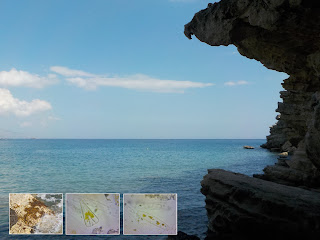 That seems like a nice place to stop and watch the marine world go by. Not much in the way of fish today... the odd shore crab scuttling about... but there's some seaweed down there which may be harbouring some microscopic life. Let's have a look. Ah, our old friends the diatoms, the very basis of the food web. These are marine diatoms and different to those that we found under the dripping stalactite in A Recipe For Life.
Those wedge shaped ones often cluster together, narrow ends facing inwards, so that they make a complete circle like a flower head. I expect that we disturbed them when we rudely hauled them out of the sea and plonked them on a microscope slide. I think we'll rinse the slide and put them back. You know, it's almost warm enough to join them in there. Maybe in a couple of weeks. When the sea's had a chance to warm up a bit. 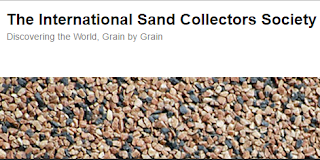 If you'd like to become an arenophile and collect sand as a hobby there's a society just for you: http://sandcollectors.org/become-a-collector/