Last week's #CreteNature blog featured butterflies, dragonflies and hoverflies but which one of these is really a type of fly? 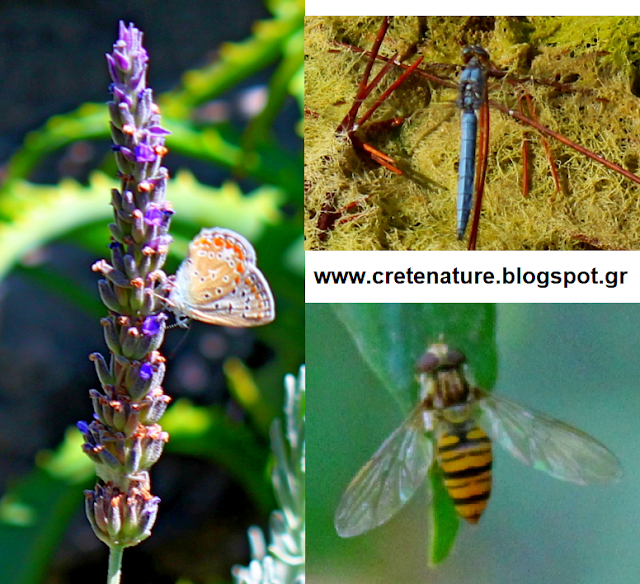 Butterflies have four wings covered in tiny scales and, together with moths, form the order of insects called the Lepidoptera (originally from the Greek meaning scaly wings). Dragonflies also have four wings and, along with damselflies, form the order Odonata (again, originally from the Greek, this time for tooth - as is dentist - referring to their rather formidable mouth parts). Hoverflies, house flies, mosquitoes, midges and a host of others have only two wings and form the order Diptera (from the Greek again; di + ptera meaning two wings). So, whenever you see an insect with only two wings you can be sure that it is a type of fly.

More insect facts, some beautiful flowers and scenery as well as some rare Cretan frogs as the #CreteNature blog wends it's way up to the mountain village of Orino. http://bit.ly/2xRJuLH